Unusually high air pressure can affect terrestrial television, as distant signals are reflected through the atmosphere, resulting in co-channel interference. Viewers in some areas of England experienced poor television reception over Christmas as a result, and will be watching weather forecasts carefully, assuming they still have pictures. 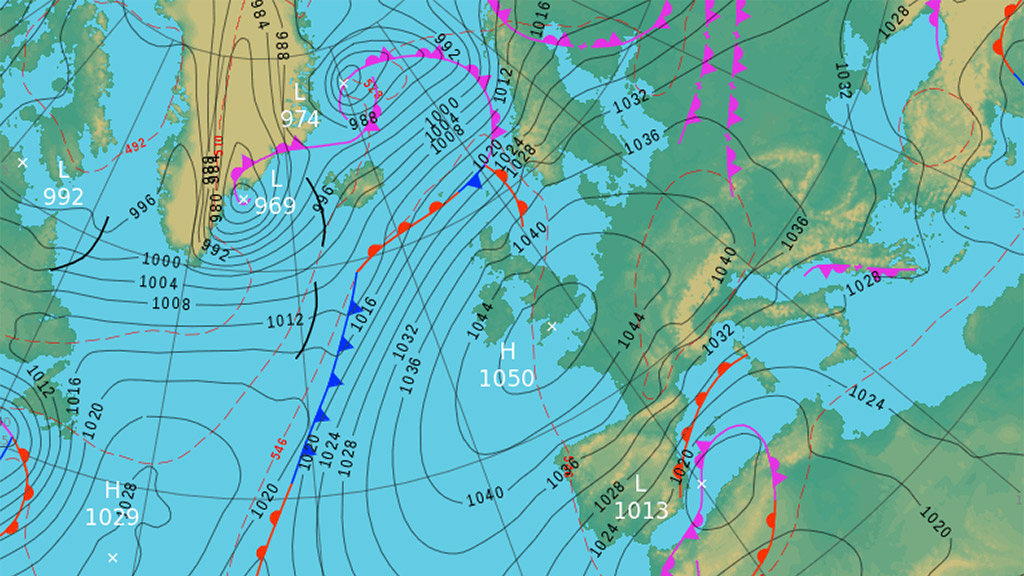 High air pressure does not directly affect television signals, but it can produce an atmospheric temperature inversion.

Air temperature generally decreases with height above the surface of the earth, but an area of high pressure can cause air to sink and warm. This warm air is more buoyant and can trap cooler air nearer the surface.

This creates a sharp thermal contrast in the atmosphere which can cause radio waves to be refracted or reflected. As a result, some signals can travel further than usual, a phenomenon known as tropospheric ducting, producing interference with transmissions from other sites

Where signals are on the same frequency it can cause co-channel interference. This can result in scrambled signals and poor reception, ranging from intermittent break-up of the picture to the inability to decode some channels. This may last for a few hours or several days. Not all viewers are affected, as it depends on local conditions and the distance to transmitters using the same frequencies.

Viewers are advised not to retune or rescan channels but simply wait for the weather to change. Satellite, cable, and online services are unaffected.

Freeview said in a statement: “We will be monitoring this weekend’s weather closely, and as soon as we know whether there is an impact to Freeview signals, we will update the service status on our website.”