The Paramount+ online video subscription service is coming to the United Kingdom and Ireland, supported by a major advertising and public relations push. Meanwhile, Raffaele Annecchino, who had been leading the international expansion of Paramount+, has been put on leave with immediate effect.

Paramount+ launches in the United Kingdom and Ireland on 22 June. The online video subscription service has also expanded to South Korea and will roll out to Germany, Austria, Switzerland, Italy and France later in the year, in conjunction with Sky and Canal+. In other European countries a service separately branded as Sky Showtime will launch, to include the Nordic region.

With the president of Paramount international studios, networks and streaming on leave, regional heads JC Acosta, Maria Kyriacou, and Mark Specht will step in to lead the international business.

A major launch has been planned for the United Kingdom and Ireland, cross promoted across Paramount owned channels, including Channel 5, MTV, Comedy Central, and Nickelodeon.

Supported by an out of home campaign, the launch will see a projection of the Paramount mountain projected on the London Eye wheel, and a drone show above the village of Hollywood, south of Birmingham.

A similar drone show by Sky Magic recently saw the Paramount logo emerge over the Sydney skyline as part of the Vivid festival of lights. 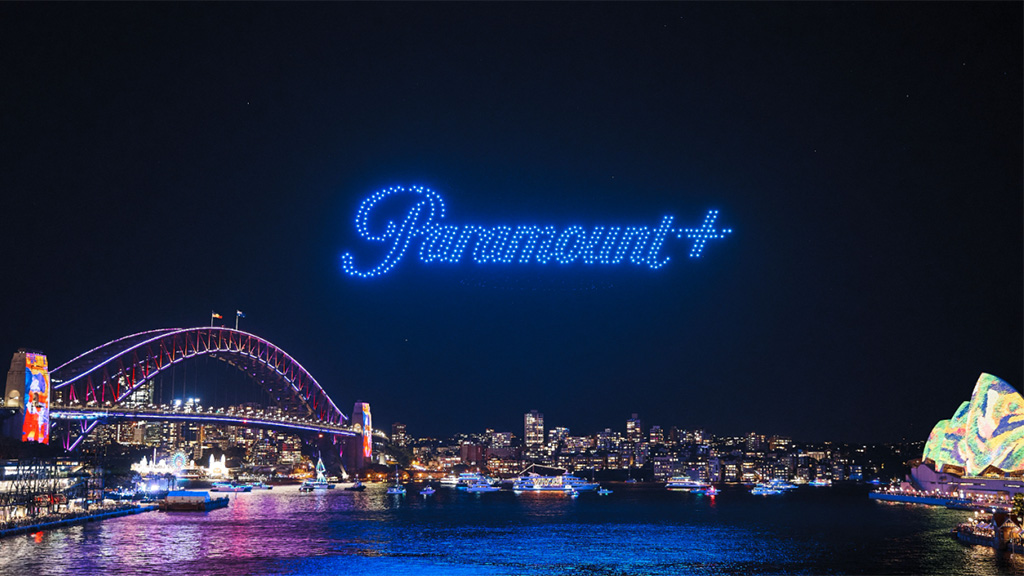 The Paramount+ online video subscription service will be available for £6.99 a month or £69.90 a year after a free seven-day trial. Sky Cinema subscribers will receive it at no extra cost.

Paramount+ can trace it roots back to CBS All Access, launched in the United States in 2014 as the first online video offering from an American broadcast television network. Viacom and CBS remerged in 2019 to form ViacomCBS and CBS All Access was rebranded Paramount+ in 2021.