Among the non-exclusive shows that YouTube is promoting are six seasons of Hell’s Kitchen featuring celebrity chef Gordon Ramsay, of the twenty seasons produced so far, five series of the space opera Andromeda, and three seasons of the Canadian family drama Heartland, now in its fifteenth season.

Many of these titles are also now available in high definition 1080p with 5.1 surround sound audio on supported devices.

YouTube is also offering new streamlined navigation and banner art to help users find something to watch from the comfort of their couch, whether they choose to rent, buy, or watch for free with adverts. 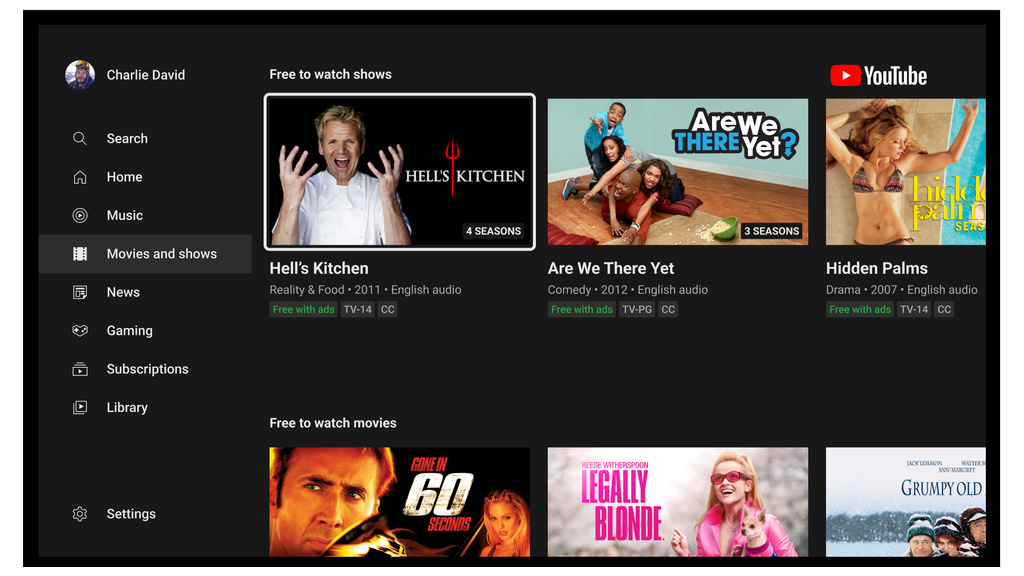 According to Nielsen Streaming Platform Ratings, YouTube reached over 135 million people on connected televisions in the United States in December 2021.

YouTube is the leading advertiser supported online video platform in the United States by viewing, ahead of Hulu and only a little behind Netflix in terms of share of all television viewing.

Separately, YouTube TV, launched in 2017, offers a full online television package, similar to cable or satellite offerings, which has more than 3 million subscribers in the United States.