The BBC has published its submission to the government consultation on the future of the corporation. It essentially argues the case to maintain the status quo, while noting the need to change and proposing a “radical programme of reform”. It does not really provide any evidence of how programme production and distribution may change over the next decade, beyond an allusion to “an internet-only world whenever it comes”. So what should the BBC do about it?

“Every week, the BBC informs, educates and entertains almost everyone in Britain,” said Tony Hall, the director general of the BBC. He said: “Our programme of reform will ensure the BBC is fit for the internet age”.

Some might say the internet age began around the turn of the millennium. Although the BBC likes to think of itself as an early adopter, it has only just begun to exploit its potential.

The submission proposes a “radical programme of reform” that “transforms our services to be internet-fit, while maintaining much loved linear services”.

“The internet and globalisation present huge opportunities for the UK media sector,” it notes. “We have the tools to deliver public service objectives in new ways and to serve audiences better than ever before.”

Yet expectations are changing, as the BBC recognises: “More and more, younger people are watching less television than older people, and listening to much less radio.”

The traditional concept of public service broadcasting will be increasingly less relevant to a significant proportion of the population over the next decade.

The submission suggests that it is “essential that we preserve PSB by modernising it for the internet age” but it offers little insight into how this might be achieved. 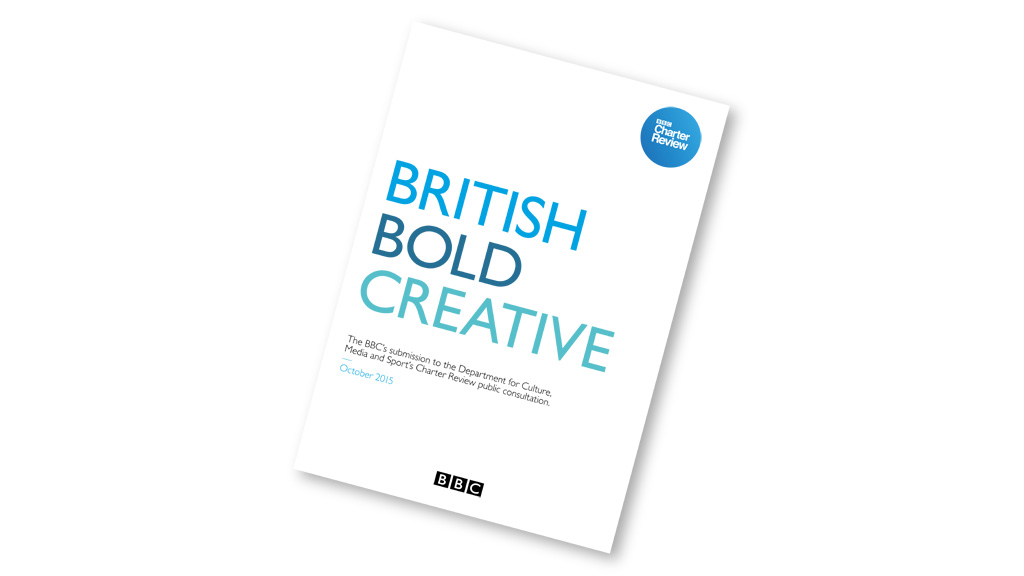 So here is a suggestion that is perhaps rather more radical: provide a genuine public service.

Imagine the audiovisual equivalent to Wikipedia, growing in value every day, without necessarily making any money.

It might be argued that might make some types of programme production impractical. Or it might instead determine the sorts of programme in which the BBC should invest.

Clearly there is a need to fund such activity and the television licence fee is no longer the best method. Even the BBC now concedes that there is “merit” in a universal household levy.

The case for the continuing funding of the BBC will be clearer if it maintains a genuinely public service ethos, rather than attempting to become more commercial and competitive.

What is needed is new vision to define the purpose, scope and benefits of the BBC — its new PSB remit.

It is not enough to promise to be British, Bold and Creative. The BBC needs to be different and do things differently. It needs what we call a big hairy audacious goal — a long-term statement of strategic intent that is better, brave and compelling. To create media that makes a difference to our lives.