The BBC has outlined its plans to close BBC Three as a broadcast channel and reinvent it online. The change aims to save money while following younger audiences online. Its editorial strategy is aptly based on two main themes: ‘make me think’ and ‘make me laugh’. Tony Hall, the director general of the BBC, described it as “one of the most exciting and ambitious proposals I’ve seen since I came back to the BBC.”

“By searching out new ways to engage and entertain young audiences on their terms, the new BBC Three will be a great example of how we can reinvent the public service for the digital world — using their talent, appearing on the platforms and devices that they use and talking to them as equals and partners,” he said.

Closing the television channel will also save £50 million a year. It will be replaced by repeats of BBC One delayed by an hour, while CBBC aimed at younger audiences will be extended by two hours a day.

The BBC says its main channel still has the greatest reach among younger audiences, although a recent BBC Trust report revealed that the median age of a viewer to BBC One in 2013 was 59 and acknowledged that it should improve its appeal to younger viewers. 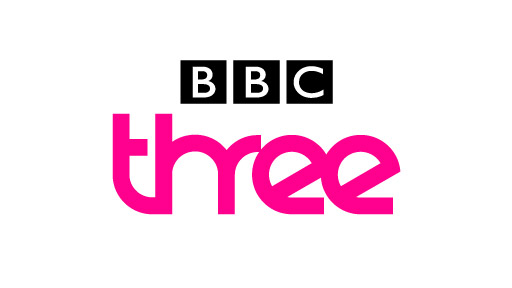 BBC Three was launched in 2003, in an era before smartphones, tablets, online viewing or social media. It was intended to target viewers aged 16-34, which is around a quarter of the population. Over half its viewers are actually aged over 33 or more.

In November 2014 the channel had a 1.1% share of viewing, with a monthly reach of 53% of the population. Its highest audience was 1.34 million for an episode of the American animated sitcom Family Guy, shown at ten o’clock on Sunday evening. Bad Education a situation comedy on the channel, received almost as many requests an episode on the BBC iPlayer.

Danny Cohen, a former controller of BBC Three and then BBC One, and now director of television, said: “I’m truly very excited about the plans we are developing, both in terms of what they will mean for the future of BBC Three and what we can learn to drive the whole of the BBC forward in a time of relentless digital and technological change. I don’t want us to sit back as a legacy company and watch as generational change bites away at our impact — I want us to be at the forefront of that change.”

Damian Kavanagh, who has been given the job of delivering the proposals, said: “We look forward to making people laugh and think” and presumably watch, given that online now represents 28% of average daily viewing for those aged 16-24.

“We want to take what’s great about BBC Three and what’s great about digital and merge the two, to give audiences something of the digital world, not just in it,” he declared. “This is not moving a TV channel and putting it online. This is new. We are the first broadcaster in the world to propose something like this.”

“Put simply, people that watch BBC Three are more likely to be online and want new content and new forms of content, online,” he wrote. “And we haven’t just made this up. We’ve spent months asking thousands of people from all walks of life how they consume media and what they want. We’ve looked at research from both industry and academics. Our conclusion is that this is the direction of travel.”

Around a fifth of the reduced budget will be allocated to new forms and formats, of different durations, with interactivity and social features, “freed from the restraints of the linear schedule.”

“It could be a place that gives creative industries an avenue to test how audiences react to new forms of content at scale, content that builds new relationships with younger audiences. It could redefine public service broadcasting in the digital age.”

It could also be argued that is the function of YouTube and Facebook, and other online services, like Netflix and Amazon, and that the role of public service broadcasting is to provide an alternative that is not available elsewhere.

The proposals still have to receive approval from the BBC Trust, following a market impact assessment, public value test and consultation.