EE is launching a hybrid multiscreen television service in the United Kingdom. It combines access to Freeview digital terrestrial television channels with on-demand and catch-up services delivered over broadband. Rather than get involved in the YouView consortium with rivals BT and TalkTalk, EE is deploying its own multiscreen platform, based on a Netgem box, designed to work seamlessly with tablets and smartphones.

EE, originally known as Everything Everywhere, is a joint venture between Deutsche Telekom and Orange, formed through the merger of their T-Mobile and Orange businesses in the United Kingdom. 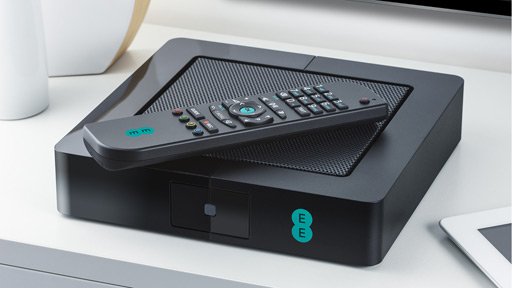 EE TV will allow viewers to watch their favourite programmes on their home television, as well as on up to three smartphones or tablets simultaneously, anywhere in the home. Households can watch four different programmes, live or recorded, in four different rooms, on four different devices at the same time. In the future, they will also be able to watch programming over the EE 4G mobile network.

The 20cm square box has a Broadcom processor running Linux and Netgem software, a gigabyte of memory, a terabyte of storage and four tuners, allowing it to record up to four separate channels at the same time. A replay feature allows users to view the last 24 hours of programming from up to six selected channels.

An app for Apple iOS and Android devices allows viewers to use a tablet or mobile as a touch remote, accessing the programme guide and selecting shows without interrupting the television display. With an upward flick, users can send the programme to the television screen. There is also a ‘follow me’ feature, which allows a user to resume viewing from one screen to another. 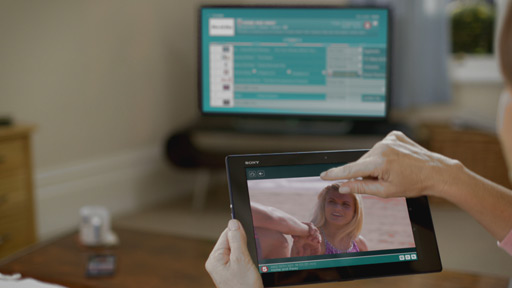 The service will include popular catch-up and on-demand services, including the BBC iPlayer and YouTube, with others available in the future.

The platform is based on the HbbTV standard for hybrid broadcast and broadband services.

It is good news for Netgem, which announced a 15% fall in quarterly revenues to €20.5 million. The company confirmed a “sharp drop” of shipments to Australia, where it powers the Telstra T-box service. It said it did not anticipate any activity there in 2015 other than maintenance of existing boxes. 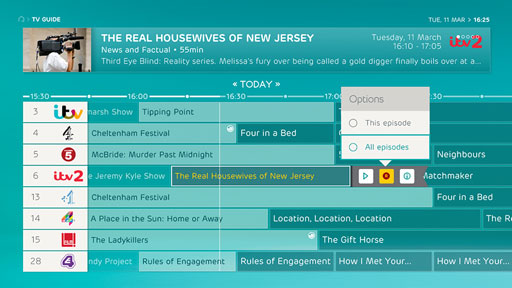 “How, where and when people watch TV and movies is changing, and mobile technology is driving that change,” said Olaf Swantee, the chief executive of EE. “As the UK’s biggest and fastest network, with more than 25 million customers, we have unrivalled insight into people’s changing viewing habits. It’s helped us create a service that has mobile at its heart, and makes the TV experience more personal than ever before.”

EE says the service is the most advanced television service in the country, which is a contestable claim, but the box is well specified and appears to offer features far beyond the current capabilities of YouView. 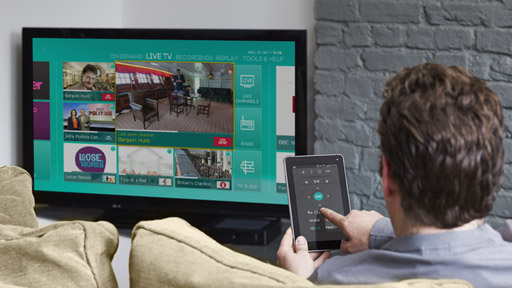 The emphasis on multiscreen facilities on smartphones and tablets is natural for an operator with a significant investment in mobile services. The natural extension will be to enable programming to be streamed from the box in the home to mobile devices on the move, anywhere in range of a 4G signal.

The EE offering presents a strong entry to the increasingly crowded and competitive television service market in the United Kingdom.

Rather than pursuing premium programming, EE TV is aiming to offer features that will allow users to watch free to air television more flexibly across multiple screens. As such, it promises to deliver a true multiscreen television experience.