Sky added 74,000 new retail television customers in the first quarter of 2014 to reach 10.61 million homes in the United Kingdom and Ireland, which is 222,000 more homes than a year previously. The increase exceeded the expectations of many analysts, with some predicting a fall in subscriber numbers. Sky is using a multiscreen strategy to offer more services to existing customers as part of a broader communications package.

Sky does not distinguish between customer numbers for its traditional Sky subscription service or its online pay-as-you go NOW TV offering. So the increase in television numbers includes customers for this Sky ‘lite’ service, although Sky declines to report the split, which could mask a decline in more traditional subscribers. 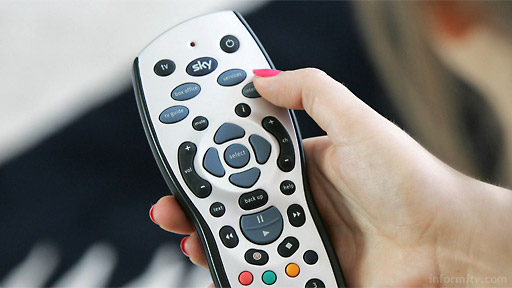 Sky now has 4.95 million Sky+HD boxes connected to broadband, up from 2.28 million in a year, increasing by 600,000 in the last quarter. That is rapidly approaching half of all Sky television homes and the company is investing to increase that proportion in order to offer further new services.

The company said the average connected household now downloads an average of three programmes a week and that on-demand now accounts for 5% of viewing in connected Sky homes.

That may not sound much to those that believe the sky is falling in on traditional viewing, but it would make the On Demand service equal to the third most popular linear channel in those homes.

2.54 million homes have Sky multiscreen, which is up 64,000 in a year. Multiscreen used to be called multiroom. The new name reflects the support for viewing on multiple devices, as well as traditional Sky boxes.

Sky Go, which offers Sky customers live and on-demand programming on computers, smartphones and tablets, now has 3.68 million unique users. Both Sky Go and NOW TV will be also be coming to the Sony PlayStation 4 games console.

Sky Go Extra, which allows users to download premium programmes to portable devices for a monthly premium, is bundled for multiscreen customers or £5 a month for others, after a two-month trial period. It now has 927,000 customers, up 284,000 in a quarter and 883,000 in a year.

Average revenue per subscriber is up slightly at £571 a year, compared to £567 a year previously. Total revenues were up 6.6% for the nine months to the end of March 2014, compared to the same period the previous year. Pre-tax profits were down to £793 million over nine months, compared to £966 million. That reflects an increased investment in programming, rights and marketing. Sky spent over £900 million in marketing in nine months.

Otherwise Sky seems relatively unaffected by the television ambitions of BT, which announced that its BT TV services now has a million homes, after seven years in the game. The billion pound question is whether that rate of growth will continue for BT.

The telco will continue for a further year to offer its sport channel free to new and re-contracting subscribers to its broadband service. The majority of around three million BT Sport subscribers still receive the service through competing pay-television platforms Sky and Virgin Media, or through an online app.

If anything, both Sky and BT have added television customers as a result of their competitive marketing, although Sky still has ten times as many television homes as BT.