The fuboTV online video service, which started out with football and has expanded to sport and beyond with a mix of over 100 channels, now has almost a million subscribers. The company has announced an agreement to acquire Molotov, the French online platform, for €164.3 million, 85% of which is expected to be in shares. It aims to deliver what fuboTV chief executive David Gandler says will be “a truly category-defining live TV streaming platform to consumers around the world”.

“Molotov has set the benchmark for ad-supported and subscription streaming platforms in Europe,” said the co-founder of fuboTV. “We believe this strategic asset will help accelerate our goal of achieving global scale and operating leverage as we continue to improve and innovate on our live, interactive streaming TV experience for sports fans and their families.”

The deal, which is expected to close in the first quarter of 2022, will provide fuboTV with access to the Molotov online video service and its advertising platform, Mango, which have around four million monthly active users in France. It will while allowing fuboTV to extend its reach and provide Molotov with sports content and sports-first product features.

The Molotov streaming platform was designed to be easily localized for new markets and languages, facilitating quick and efficient launches in additional countries. The technology capabilities between the two companies are expected to enable fuboTV to launch its interactive sports and entertainment streaming platform on a global scale.

Molotov was founded in 2015 by Pierre Lescure, the co-founder of Canal+, and JeanDavid Blanc, who said “Our goal is to provide consumers with a best-in-class streaming experience with premium television content on a global scale”. The company will continue to be based in Paris, where fuboTV plans to further expand the product and engineering team.

A deal with Altice was announced in 2019, but it seems that fell through. Molotov had raised around $35 million in funding to date. 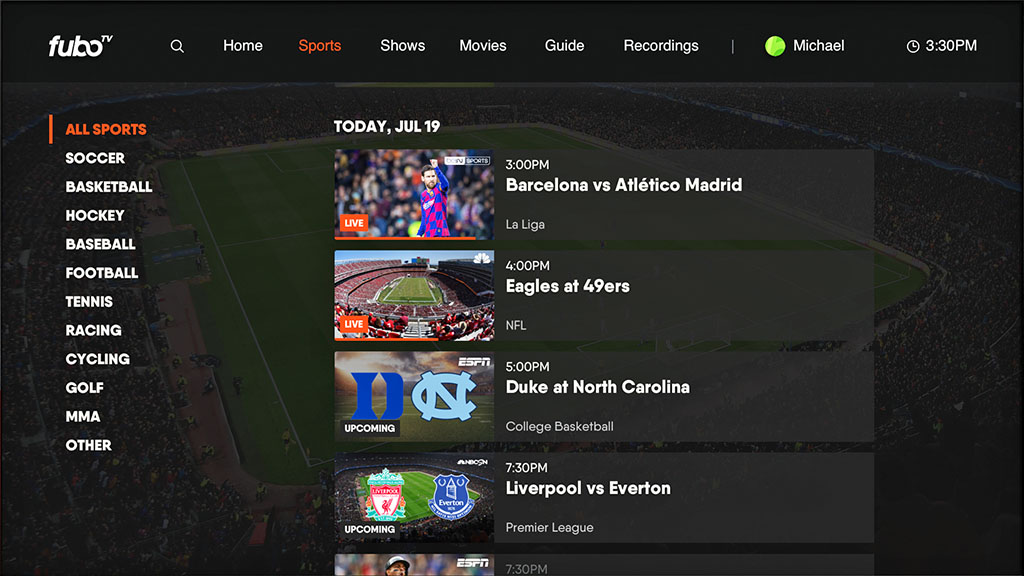 For its part, fuboTV announced that it had doubled its subscribers to 944,000, adding 260,000 net new subscribers in the third quarter of 2021, which is more than it added in the whole of 2020. It expects to pass the million mark before the end of the year. Viewership passed 280 million hours in the quarter, compared to 133 million hours the same quarter the previous year. The company reports that monthly active users watched an average of 121 hours per month, which is an extraordinary figure equivalent to about four hours a day.

The company expects revenues to exceed $600 million in 2021, although it continues to operate at a loss.