The eighth annual HbbTV Symposium opened in Athens on World Television Day. The number of attendees showed the increasing level of international interest in the hybrid broadcast broadband standard, including from the president of the ATSC. Could there yet be a standard runtime environment for interactive applications, based on a common browser specification? 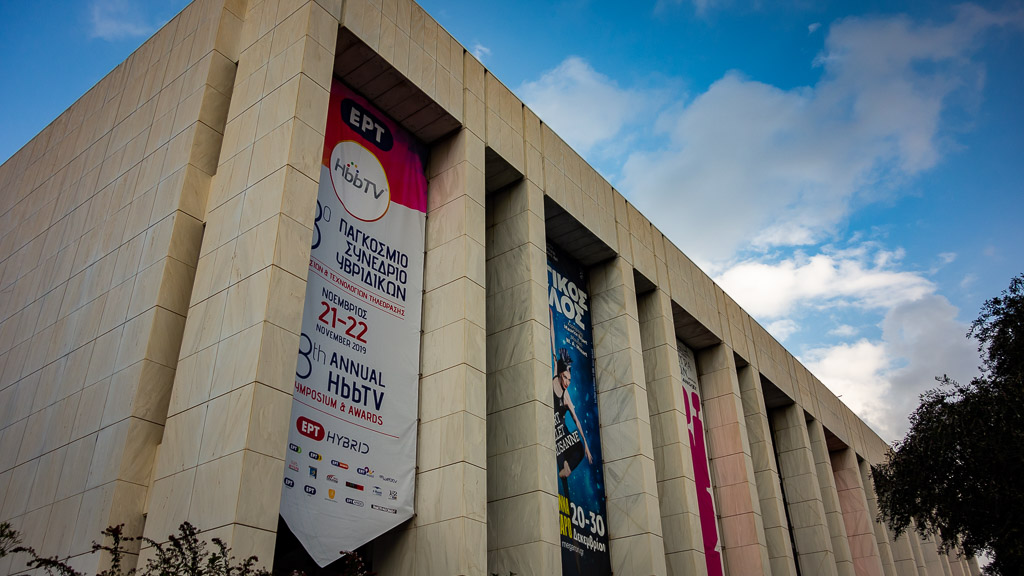 It was by its nature a meeting of supporters of the standard and the first day shared a number of success stories. Among them are Freesat and Freeview Play in the United Kingdom, HD Plus in Germany, and TiVù in Italy.

The latter two are examples of HbbTV op apps, which essentially enable a service provider to manage much of the user interface on a compatible television, so the service appears like a software defined source input, like a virtual set-top box, resident in the display. 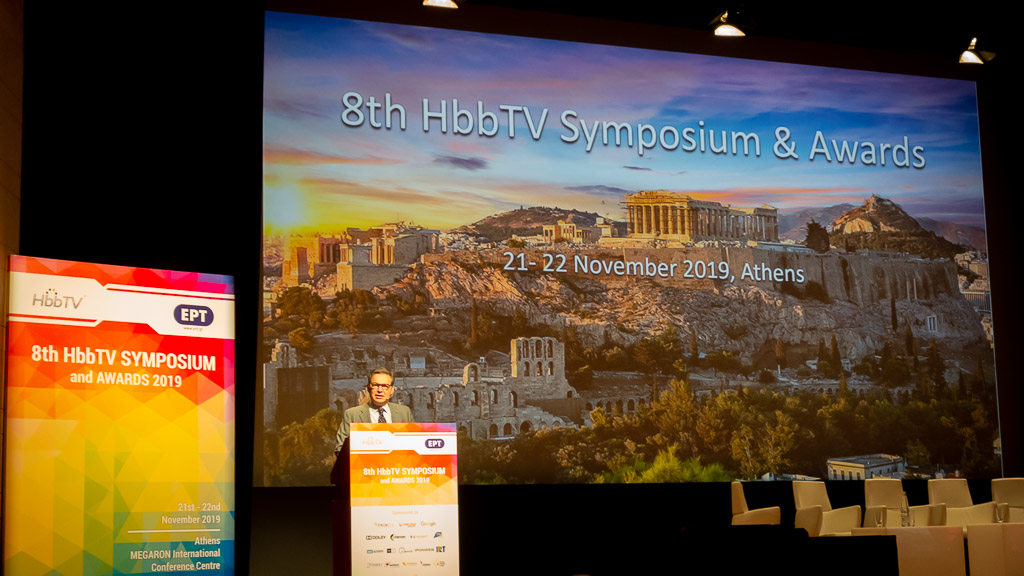 It is a significant development that has been embraced by some television manufacturers, although others seem more ambivalent.

As Paul Gray of IHS, now part of informa technology, had reminded delegates, increasing competition from Chinese manufacturers is bringing down the prices of television sets. It is generally good news for consumers, but while screens are getting bigger and better, prices and margins are being eroded and manufacturers are struggling to add value.

Although leading brands have developed their own operating environments, he suggested that many manufacturers will struggle to maintain their own independent platforms. That could be good news for HbbTV, but consumer awareness remains low. More significant, he suggested, was a trend in emerging markets like India for the big screen to be seen as an extension of the mobile experience.

Notably, a number of delegates had come straight from the Android TV Summit in Bangkok. Backed by Google, which initially demonstrated that it had now idea about television when it launched Google TV, Android TV has been making steady progress, buoyed by the dominance of its mobile ecosystem.

In comparison, HbbTV risks looking like enthusiastic open source startup. There is nothing wrong with that. Some of the most significant software projects have that heritage, but there is an urgent need to professionalise the approach, which will require significant investment of time and money.

Addressable advertising was prominent theme. The idea is to substitute individual commercials with campaigns that are more relevant to individual viewers, potentially at the household level. That has been seamlessly achieved with products like Sky Adsmart in a tightly integrated platform, but it is much more challenging in an open market of retail products.

The current limitations for targeted advertising with HbbTV are apparent, but a supporting standard is in development, aiming to introduce a profile for products that should be able to support a more seamless experience. That said, the aim for a television platform should surely be to provide frame accurate presentation. Meanwhile, companies like Enensys are showing what is possible today.

Google is also moving into this advertising space, but is sensibly treading carefully, as many broadcasters are reluctant to welcome them in. Yet the apparent lack of investment by commercial broadcasters in better systems to deliver more advanced advertising seems extraordinarily short sighted.

To be fair, we saw examples of interactive overlays, but those that have been working in this field for two decades will have seen these before. 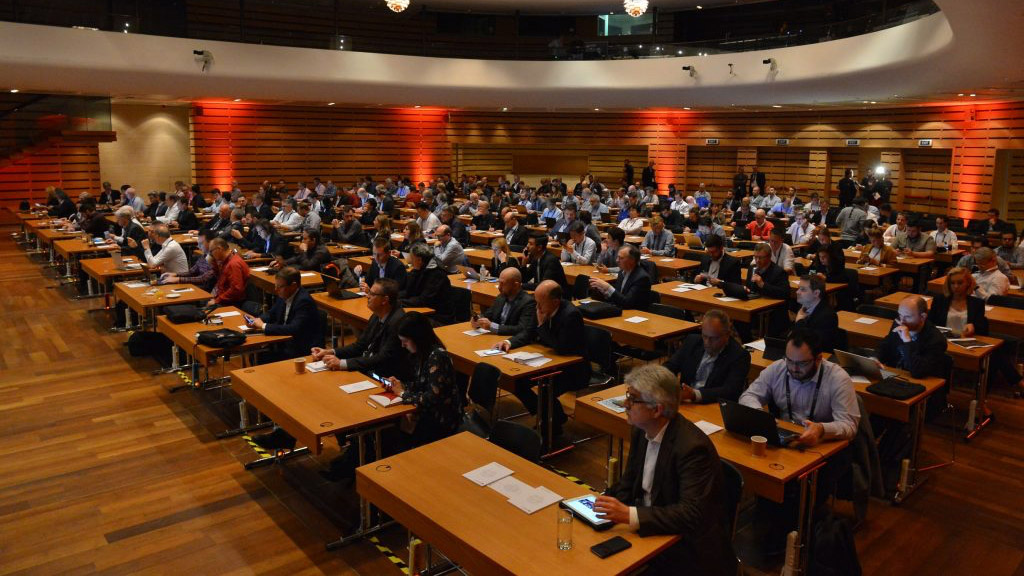 A torrential downpour left delegates drenched did not seem to dampen enthusiasm for the annual awards. The new HD+ platform in Germany came away with a clutch, including most impactful HbbTV product or service. FTV Prima was awarded for best marketing, for a campaign that might have left half the audience wondering whether its portrayal of women represented a real advance in television.

It was also unfortunate that the host broadcasters who very ably introduced the awards and the conference speakers were treated as hostesses and presented with bouquets. Women were otherwise few and far between on the stage and in the audience, that was populated even more than usual by men of a certain age.

A notable exception on the second day was Madeleine Noland, the president of the ATSC, which might otherwise have been seen as an alternative or competitor to HbbTV. Indeed, referring to a raft of previously stranded interactive standards that have washed up on both sides of the Atlantic, she paid tribute to the success of HbbTV. 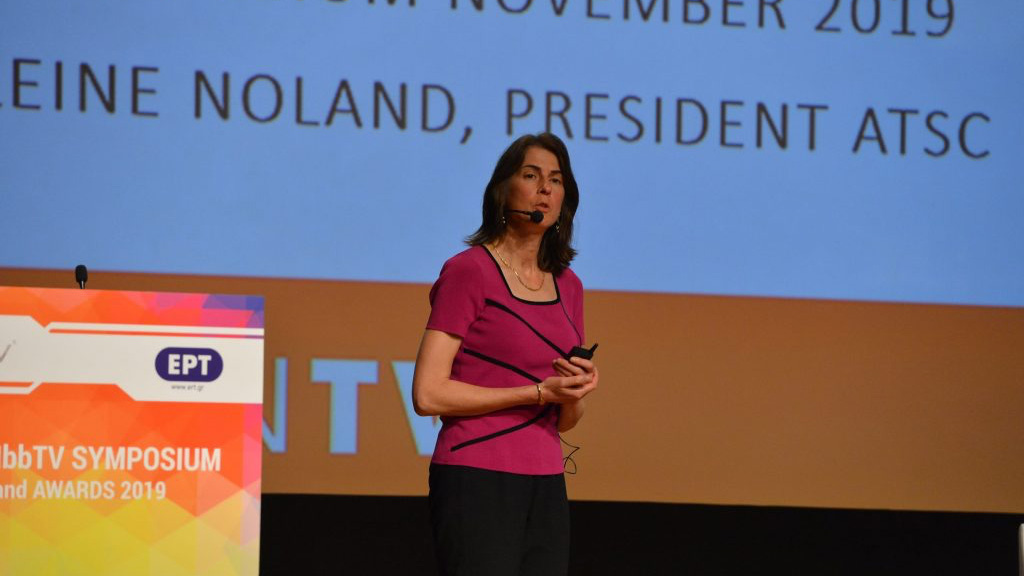 So, despite the differences between the specifications and given certain similarities, could there be some alignment to enable a global standard for interactive television services? Perhaps the chairman of HbbTV and the president of the ATSC could get it all sorted over a beer, she quipped.

Vincent Grivet, the chairman of the HbbTV Association, remarked that it was not beyond the realm of possibility. He indicated his team had considered whether it was a priority and found there was limited appetite for this, although he concede that was a priority that they may need to revisit. 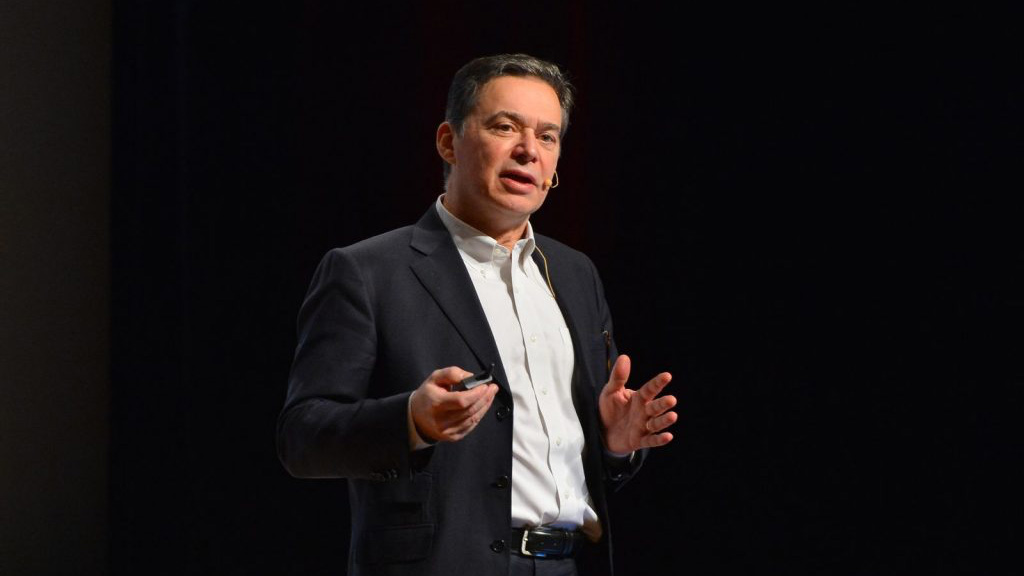 57% of the audience, polled interactively, agreed that there should be a joint global interactive runtime environment.

Meanwhile, many speakers emphasised the importance of conformance and certification to ensure compatibility and consumer confidence.

Looking forward, the chairman advised that the association needed to move from being a specification provider to the animator of an ecosystem, to evangelise, inform and support a broader community. The immediate priorities are to stabilise the specification, monitor deployments, ensure services work smoothly, and to limit national fragmentation.

To which might be added a need to extend beyond the engineering community to address what will make television more engaging and more commercially sustainable. As one speaker put it, what is in it for the user? Asked whether people really want to interact with their television he suggested that they liked to ‘like’ social media posts, so why not programmes.

There you have it. Millions of people still like programmes. They could not care less about television standards. They just want a better viewing experience. If television can learn anything from the internet it needs to be a fixed focus on continuous improvement.

The HbbTV Association has done a remarkable job in bringing internet standards to television. The ATSC 3.0 standard has a similar mission. No doubt there is much that they could learn from each other. The HbbTV Symposium was a refreshing introduction to that dialogue.

Presentations from the HbbTV Symposium are available on the HbbTV Association web site.