Sky has been heavily promoting its new Broadband Buddy, a parental control feature designed to help keep tabs on screen time and set filters for family members. It seems like a great way to promote customer loyalty and consumer confidence. We would like to be able to recommend it but unfortunately, like many of those leaving unfavourable ratings and reviews for the associated app, we are unable to do so.

Sky Broadband Buddy currently has a rating of just 1.5 out of 5 on the Apple App Store. The reviews are equally critical. “Why not try looking after your customers, JUST ONCE!!” says one. “Give me a reason to stay.”

It seems that customers on the highest broadband tariffs are unable to use the service unless they contract on a new package for a further 18 months and subscribe to an additional service called Broadband Boost. Yet nowhere is this mentioned in the description for the app. “Don’t waste your time on this app,” writes another reviewer.

“This service should be bundled with a Sky broadband subscription,” adds another review. “The irony is that this feature alone should produce loyal customers who are less likely to churn away from Sky. Instead it seems to be infuriating previously loyal customers. It looks like a public relations disaster. It seems Sky is under new management. I had hoped for better.” 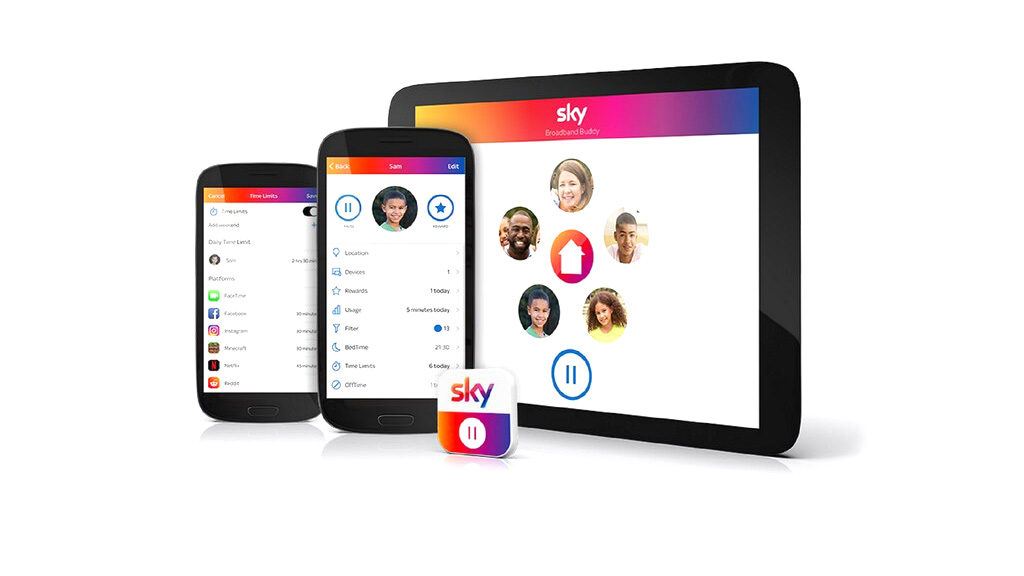 When it was launched a couple of weeks previously, Stephen van Rooyen, the chief executive of Sky UK and Ireland, said: “At Sky, we connect families to content they love so it is our responsibility to make sure they can do this safely.”

We contacted the Sky press office but they were unable to comment on the record. No doubt Sky will be amending their copy on the app store to make the service conditions clear to customers.

In the meantime, anyone with questions about how the service is being promoted can contact Ofcom or the Advertising Standards Authority. If you call Sky they will simply try to sell you a new broadband contract with a minimum 18-month commitment.

It is a shame because robust parental controls really should be a standard part of a broadband service. They are a basic hygiene feature. There are various third-party solutions available but it makes much more sense for this to be an integral function of the network and the router.

Instead, it seems that Sky is praying on the insecurities of its customers, who have legitimate concerns about screen time and inappropriate material, and is using family friendly features as a tool to lock them into long-term contracts.

All of which seems rather unnecessary, as parental controls inherently provide a reason for customers to retain a trusted relationship with a service provider. Otherwise, they will tend to rely on solutions proffered by the ecosystems of global technology companies like Apple, Google and Microsoft, which are slowly recognising the importance of offering their customers family-friendly features.

It is uncharacteristically shortsighted of Sky, which has the strapline “Believe in better”. One can only hope that it is not a result of the influence of its new parent company Comcast, which enjoys an unenviable reputation for customer service.