The informitv Multiscreen Index of 100 leading television services worldwide shows subscriber growth of around 1% in the last quarter of 2016, despite losses in America. 10 services gained 2.83 million subscribers between them. Five of them were in India, gaining more than 17% over the year. DIRECTV in the United States and Sky in Europe were among the other highest gains. 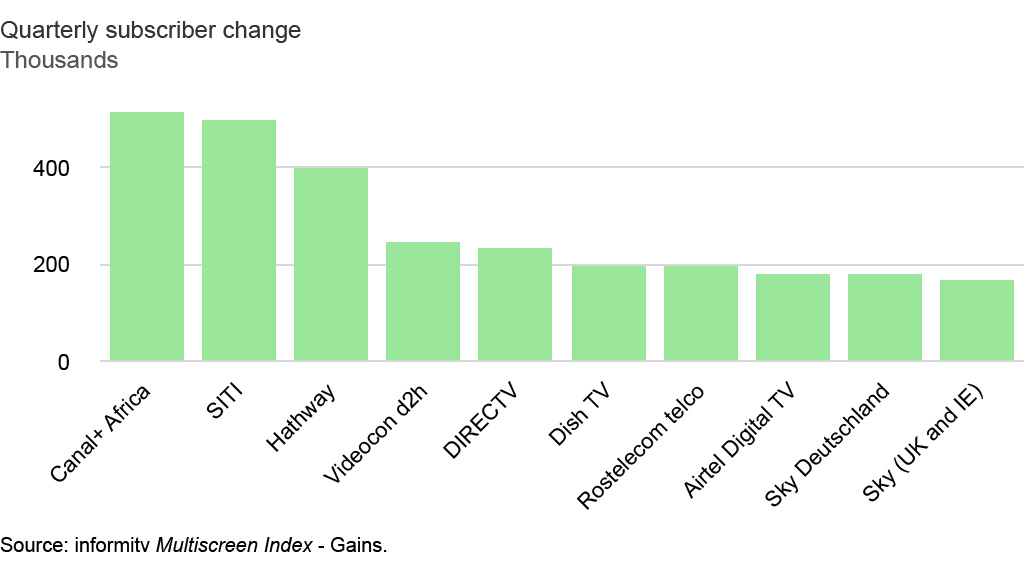 There are some very round numbers there, which is characteristic of the reporting by certain service providers. They are generally gaining rapidly as a result of the migration to digital services. They collectively added 9.28 million digital television customers in 2016, an increase of 17.58%.

These five services ended 2016 with 62.06 million digital television subscribers between them. That is more than the top three television service providers in the United States, although the average revenue per user in India is much lower.

DIRECTV in the United States also gained customers, up by 235,000 over the quarter, although the U-verse telco television service of AT&T, its parent company, lost 262,000 over the same period.