The NOW TV Combo from Sky is the first contract-free triple-play bundle available in the United Kingdom. It combines free-to-air and pay television with broadband and call packages, without a continuing contract. Sky is skilfully segmenting the market with an increasing number of viewing options. It may also further fragment the digital terrestrial television market in the United Kingdom.

Gidon Katz, the managing director of NOW TV, said: “We know people want the freedom and control of a no strings relationship when it comes to choosing their TV, broadband and call package, so the NOW TV Combo is the product and service they deserve.”

The NOW TV Smart Box can be connected to a digital television aerial and wired or wireless broadband and allows users to watch free-to-air and pay television through a single interface.

It includes the facility to pause and rewind live television, for up to 30 minutes, depending on channel, but it is not possible to record programmes for later viewing. Users can catch up on previously broadcast programmes through the BBC iPlayer, ITV Hub, All 4 and Demand 5 services, and download apps including YouTube and Spotify, but not Netflix or Amazon Prime.

Pay-television channels are available through monthly passes for movies, entertainment or kids programmes, and daily, weekly, or monthly sports passes. Monthly passes renew automatically unless cancelled, but customers can stop renewal at any time. 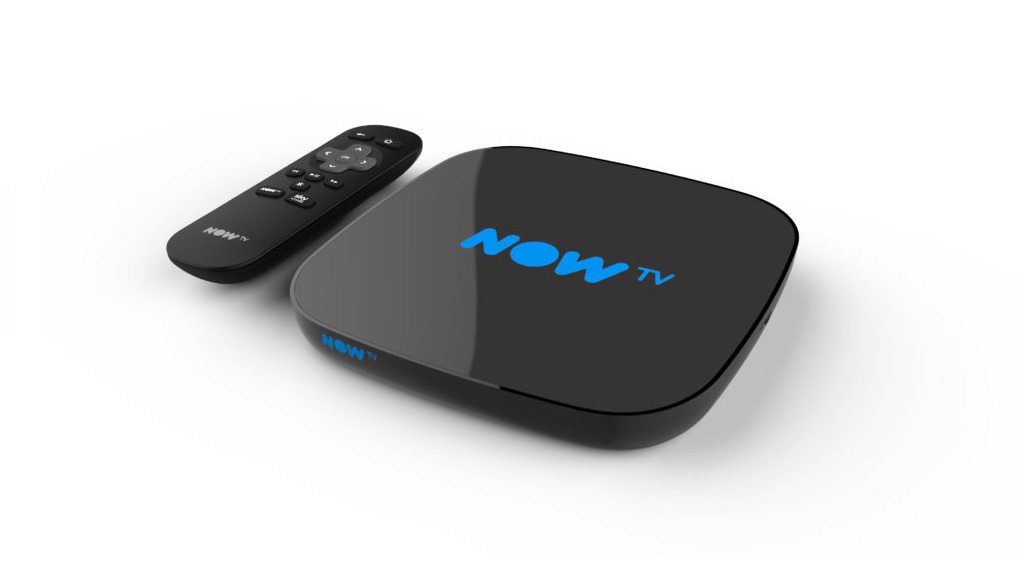 It is not necessarily a cheap option. A combination of Sky Sports, the fastest broadband option, and pay as you use calls, with line rental, still costs £69.98 a month, plus another £6.99 a month for entertainment channels, £9.99 for cinema, and £2.99 for kids programmes.

The key benefits are that it does not require a satellite dish, as premium channels are delivered over broadband, providing customers are in an area covered by Sky, and that there is no long-term commitment. That could make it an attractive option for people who are unable or unwilling to install a dish and want the flexibility to cancel at any time.

Sky is expected to add a mobile offering in the future, making it a one-stop-shop for customers and their communications and entertainment requirements.

It puts further pressure on BT and TalkTalk, which both offer hybrid quad-play services, and pre-empts an expected service from Vodafone. All four are targeting homes that currently have Freeview and are interested in receiving additional services, such as sports channels, over broadband.

The hardware was developed by Roku, in which Sky has a minority stake, along with 21st Century Fox, Viacom and Dish Network, among others.

NOW TV is the first Roku Powered operator to use the new hybrid set-top box platform that Roku announced in January. It enables pay-television service providers such as Sky to license the Roku streaming platform and gain access to a simple and intuitive user interface, ongoing software updates, a broad selection of streaming entertainment and low-cost streaming players.

It is not clear whether the NOW TV box will support standards such as HbbTV, which have been adopted by Freeview and supported by the digital terrestrial television platform in the United Kingdom.

Sky is skilfully segmenting the market, from NOW TV at the entry level, through its traditional Sky satellite packages, to its Sky Q premium multiscreen offering, which will offer Ultra HD programming.

Sky does not break out how many of its 12.35 million retail customers take the traditional satellite television service, up from 11.88 million over a year, but much of its growth is believed to be coming from the existing NOW TV service.

Stephen van Rooyen, the chief executive of Sky in the United Kingdom and Ireland, told The Telegraph: “We learned a lot in the first four years of Now TV and we’re confident we know how to manage the portfolio without cannibalising our Sky households. We know that nine out of 10 people that get Now TV were not considering a Sky subscription.”