Freeview is rebranding in preparation for a new connected television offering in the United Kingdom, to be called Freeview Play. The hybrid broadcast and broadband platform will be based on the HbbTV 2.0 specification, which has just been released. Freeview Play marks the next step in the evolution of the digital terrestrial television platform, building on its legacy, catching up with other services, but lacks a compelling vision of the future of television viewing.

The Freeview Play connected television platform will combine broadcast and broadband services but is intended to be a mass-market retail proposition, unlike YouView, which has largely been subsumed into the television ambitions of BT and TalkTalk.

Freeview Play will work with a traditional aerial in conjunction with any broadband service provider, although BT and Talk have a significant share of the market, together with pay-television operators Sky and Virgin Media.

Like YouView, Freeview Play combines live television with the catch-up services of the BBC, ITV and Channel Four, accessible either through a backward-scrolling electronic programme guide or an apps page.

The new logo is rather more contemporary than the existing Freeview brand. Guy North, the managing director of Freeview, who was previously its marketing communications director, said the new “bold and contemporary” brand identity will stand out in a very crowded television market. 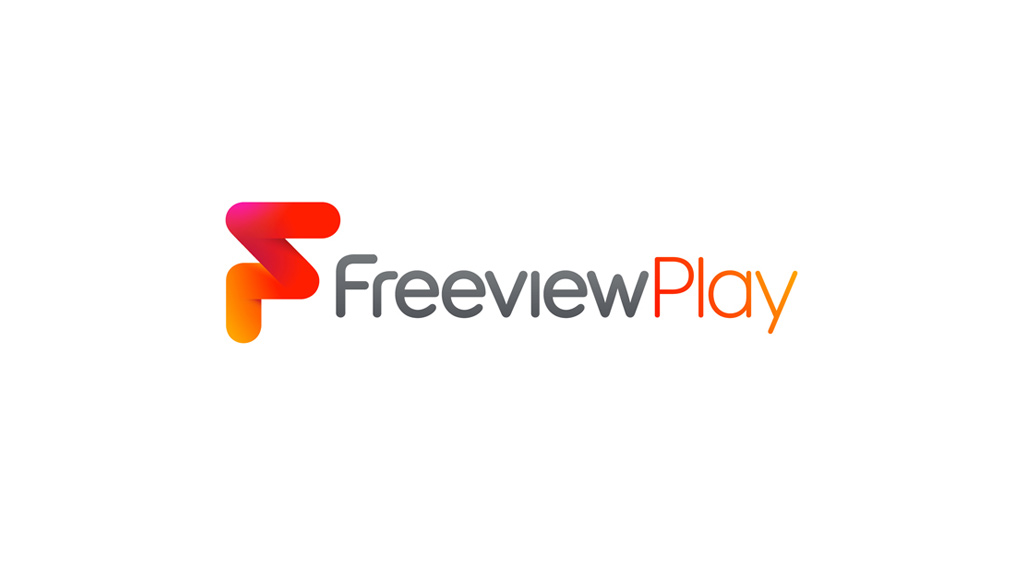 “Freeview has been built on a vision to make television available to all free from subscription,” he said. “In the same way that we took the UK from analogue to digital, Freeview Play is the next step in that vision and it will put the viewer in control, without complexity, commitment or unnecessary cost — we want to keep television fair and open for everyone. That means giving consumers the freedom to choose the TV they want, the way they want it.”

Keith Underwood, chairman of the Freeview consortium, which is managed by DTV Services and jointly owned by its five partners, said the new identity and positioning signifies an important point in the history of Freeview. “The Freeview shareholders — Arqiva, BBC, Channel 4, ITV and Sky — are fully committed to supporting Freeview’s journey to bring connected television to millions of homes in the UK.”

The technical development of the new connected service has been led by Digital UK, a separate body, based in the same building, owned by the same shareholders, with the exception of Sky.

Freeview and Digital UK jointly announced the development of the new platform in June 2014. It will be launched under the new brand, Freeview Play, later in 2015.

Freeview digital terrestrial television is still used by 11 million primary television receivers in the United Kingdom, just ahead of Sky, which has 10.93 million television customers, according to the informitv Multiscreen Index. Many secondary sets also use Freeview, which is incorporated in to most television receivers on sale in the country.

The Freeview Play specification builds on that for Freeview HD and is based on the European HbbTV 2.0 standard.

The Digital TV Group, which manages the specifications for digital terrestrial television in the United Kingdom, will include support for Freeview Play in its forthcoming D-Book 8.

Richard Lindsay-Davies, the chief executive officer of the DTG, said: “While broadcast continues to be the preferred viewing experience for most people, the continuing innovations being delivered by Freeview, the DTG and Digital UK ensure that retailers and consumers can have the confidence that they will find reliable next generation products in the marketplace.”

The announcement of the Freeview Play name follows the release of the HbbTV 2.0 specification by the HbbTV Association in Geneva.

The association says HbbTV 2.0 paves the way for a new wave of consumer television services based on advances including companion device support, HTML5 user experiences and support for Ultra HD.

It says broadcasters, pay-TV operators and online video providers will benefit from new features in the HbbTV 2.0 specification, including synchronization of broadcast and broadband streams, media and application synchronization between television, tablets and smartphones, and support for new advertising models.

To achieve these benefits, the new specification adds a range of new technologies and features including support for HTML5, DVB CI Plus 1.4, HEVC video and TTML subtitles. It also enhances support for existing technologies including MPEG DASH, DSM-CC object carousel, synchronisation of apps to television and user input. It is designed to ensure that HbbTV 1.0 and HbbTV 1.5 applications will continue to work on HbbTV 2.0 devices.

The HbbTV Association is cautious about the schedule for deployment of HbTV 2.0. It has launched a tender process for the provision of an Hbbtv 2.0 test suite, which it anticipates becoming available in 2016, enabling the launch of HbbTV 2.0 compliant products and services that year.

“The HbbTV Association is pleased to announce the HbbTV 2.0 specification which sets the stage to introduce exciting new services in 2016,” said Klaus Illgner, who chairs the association. “With HbbTV 2.0, consumers will be able to explore a richer, more immersive experience with new applications, exciting user interfaces and support for companion devices.

How many of these features are envisaged by the Freeview Play proposition remains unclear.

The ‘launch profile’ for Freeview Play will ‘draw on’ the new HbbTV 2.0 specification and be based on the current D-Book 7. At some point it will evolve to the yet to be finalized D-Book 8. It will continue to support MHEG-5, developed in the mid nineties, while embracing HTML-5, which has only recently become a formal ‘recommendation’ or standard.

If Freeview Play simply integrates broadcaster services delivered over broadband it will be playing catch-up with YouView. Its sister satellite service Freesat already has similar features.

So Freeview Play is both long overdue and premature. As informitv has previously observed, what is required is not only a pragmatic launch proposition but also a long-term vision and a road map for the development of television over the next decade.