The co-founders of YouTube have launched a new service called MixBit, which is designed to help people to create and remix videos, including material contributed by a community of users. The MixBit app is currently available on Apple iOS devices, with Android support coming, while web users can remix video clips they find on the site. It will compete with a number of apps that are aimed at mobile video creation, including Vine, which is owned by Twitter, and Instagram, owned by Facebook. The aim of MixBit is to facilitate storytelling through video, but that comes with some significant limitations.

The MixBit app lets users record, edit and publish videos directly from a mobile device, like an iPhone.

Videos are recorded in multiple clips of up to 16 seconds each. A finished video can include up 256 clips, which is over an hour in total. Those numbers appear to be more for the convenience of coders rather than any rational constraint.

Clips are stored as independent elements but can be played back in a seamless sequence. They can be edited at any time, as work in progress projects or even after publication. A coloured bar beneath the sequence shows the constituent clips. Users can also collaborate and remix material uploaded by the community. 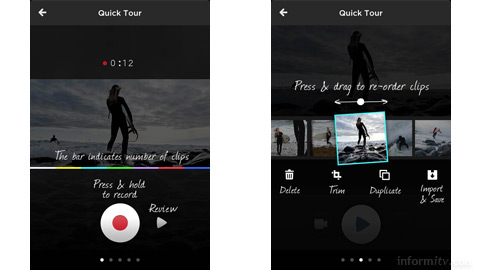 Crucially, the clips do not appear to play back seamlessly and do not expect anything sophisticated like split audio edits. MixBit has been designed by people who do not care about traditional video editing, for people who simply want to cut clips together into a rough sequence.

YouTube was created eight years ago, supposedly to enable people to share their own videos with one another and the rest of the world, although it also rapidly became used to share copyright material. Jawed Karim, the co-founder of YouTube, uploaded the first video “Me at the zoo” in April 2005, demonstrating its non-infringing uses. YouTube was sold to Google a year later for $1.65 billion in stock. People around the world now upload around 100 hours of video to YouTube every minute.

Despite the prevalence of smartphones that can record video, one of the problems users face is the difficulty of using the medium to tell and share their stories. Although apps like Final Cut Pro make this relatively easy, it remains harder for casual users than sharing a still photo or composing a brief text comment.

“I’ve always been passionate about video. It’s the most powerful way to express yourself, reach others and bring your ideas to life,” says Chad Hurley, who co-founded YouTube with Steve Chen. The pair of them are now launching MixBit to make it easier for people to tell their stories in video. 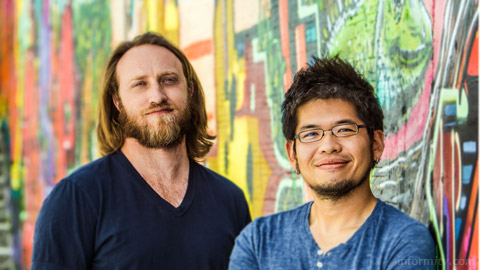 “Today we want to remove the barriers to video creation,” he writes. “That means giving people intuitive and flexible recording and remixing tools so it’s easier than ever to tell meaningful stories through video. It means inventing new ways to encourage and enable people to collaborate with each other. And it also means exploring new approaches to identity, such as letting people upload videos without forcing them to sign up.”

MixBit is aimed at anyone that wants to record and share video of their lives and the things they love, as well as filmmakers, citizen journalists or people that just like cat videos.

By tying MixBit to apps on mobile devices, the company may hope to avoid the unauthorised sharing of copyright material. That does not preclude the recording of performances of copyright works, and it is not clear that the 16 second limitation constitutes fair use.

The platform is a creation of AVOS, pronounced “ah-vohs”, a company founded by Chad and Steve, together with Vijay Karunamurthy, in 2011. It went on to acquire the social bookmarking company Delicious and social analytics firm Tap 11. The company is backed by venture capital firms, including Google Ventures.

While complicated tools have held back the process of video creation for casual users, there is also a general lack of video literacy that makes it harder for most people to tell stories with moving pictures than in words.

For a new generation of smartphone users, it may be more natural to tell a story in moving pictures than the cumbersome process of typing and editing text. However, just as having a text editor or word processor does not make everyone a great author, it will not necessarily mean that everyone is able to create something that it actually watchable, as decades of home movies demonstrate and some of the early offerings on MixBit confirm.

Nevertheless, video is becoming a much more democratic and accessible medium and some of these personal and shared experiences may be as powerful as anything that professionals can create with the most sophisticated tools available.