George Entwistle, the new director general of the BBC, has signalled that the internet will present further challenges and opportunities for the corporation, requiring new forms of output. He is also proposing to restructure the organisation, as is the custom for a new director general. This time the aim is to integrate vision, audio and music, and future media, adopting a genre-based approach, led by the example of news and sport.

The new director general also envisages a closer relationship between the public service and its commercial operations, saying it will be increasingly difficult to remain successful in the United Kingdom without scale and success overseas. 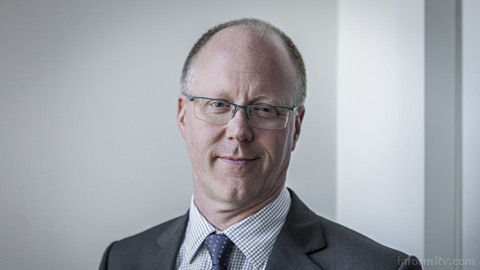 “Two moments of profound change await us,” he told staff. “The first lies in distribution,” he said. “I believe we must fight with resolution to protect platforms like Freeview that have done so much to sustain the finest free-to-air television in the world, but it’s almost certainly the case that what lies in store for us is more distribution of our services via the internet.”

The reference to Freeview is significant. Under his predecessor, the BBC backed a new venture, YouView, that promises to replace Freeview, although so far the corporation appears to have been ambivalent in its support for the initiative. Freeview and its satellite equivalent Freesat meanwhile continue to evolve.

“The other moment of profound change will flow from this potential evolution of our distribution arrangements,” he continued. He offered faint praise to the iPlayer, for which his predecessor Mark Thompson took much credit, although the project originated before his time, under Greg Dyke, led by Ashley Highfield. He suggested that the corporation had extended its capacity to distribute existing forms of content rather than innovate to discover genuinely new forms of content.

“Yet it’s the quest for this — genuinely new forms of digital content — that represents the next profound moment of change we need to prepare for if we’re to deserve a new charter,” he proposed.

“As we increasingly make use of a distribution model — the internet — principally characterised by its return path, its capacity for interaction, its hunger for more and more information about the habits and preferences of individual users, then we need to be ready to create content which exploits this new environment — content which shifts the height of our ambition from live output to living output.”

“We need to be ready to produce and create genuinely digital content for the first time. And we need to understand better what it will mean to assemble, edit and present such content in a digital setting where social recommendation and other forms of curation will play a much more influential role.”

He acknowledged that an organisation that has for decades been mainly structured around radio and television will find this hard. Of course the corporation has long engaged with the internet, first as Online, then New Media and more recently as Future Media, but then what was once new has become established and future media is already current. The challenge for the BBC will be how to define its output as digital distribution subsumes radio and television.

The solution, the new director general suggests, will be to restructure the BBC over the next two years. Every new leader of the BBC seems to believe that a new structure is the answer, although they have yet to address the rather strange title they adopt in becoming “Director-General” — the DG — a role that encompasses chief executive and editor-in-chief. The new structure will have fundamental implications for the existing rather awkwardly titled divisions of Vision, Audio and Music, and Future Media.

“To be ready to create and curate genuinely digital content, we will need to integrate all three disciplines — definitively.” He said they would need to work more closely together in order to create “a new kind of content”. He also promised that this would not be a repeat of earlier attempts at bi-media working, but suggested a “genre-based approach” and pointed to the examples of news and sport.

Genial George is promising to put creativity at the heart of the BBC, much as Greg Dyke aspired to a decade previously, before being ignominiously ousted by the then governors of the corporation.

The challenge for the BBC will be to move beyond simply putting traditional radio and television programmes online and embracing the full creative opportunities enabled by digital distribution. That will require moving beyond thinking of online simply in terms of digital platforms, products and services to develop a new conception of the range of output that the corporation can create, to stimulate rather than stifle innovation elsewhere.

Within four years, the BBC will have to establish a vision that will secure its future and further funding, in a significantly changed broadcasting landscape.