The new Nintendo Wii U console will integrate with television and online video services when it launches in the United States. Nintendo TVii will feature access to Netflix, Hulu Plus and Amazon Instant Video and can be used with a TiVo digital video recorder. The Wii U will launch in Europe at the end of November, in time for the holiday season, but initially at least without the online video element. However, the new GamePad controller includes an integrated second screen that will find a place in many homes.

The new Wii U is a significant upgrade of the original Wii product, which was less powerful than competing consoles but introduced the innovative motion sensing remote. Microsoft and Sony have featured access to video services through their consoles for some time, but although the Wii offered some online video it was underpowered in comparison. 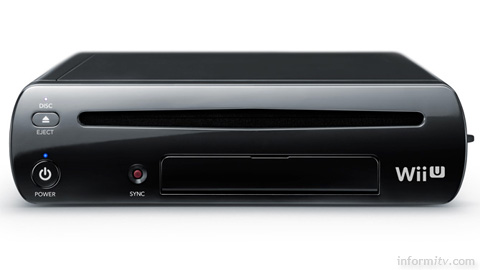 The Wii U now supports high-definition video output up to 1080p resolution. It will be available in a basic pack in white for $299, and a premium pack in black, with more storage and accessories, for $349. Most Wii peripherals will be compatible with the Wii U console and will also be sold separately. This will provide an upgrade path for around 96 million Wii owners worldwide. 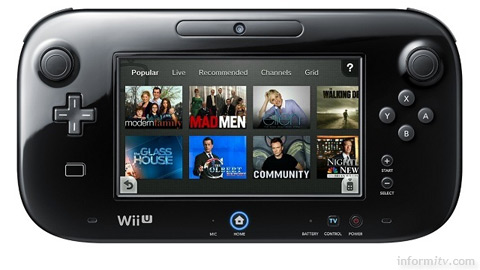 The new GamePad controller includes an integrated 6.2 inch touch screen with a 16:9 aspect ratio and a resolution of 854×480 pixels, which can also be used independently of the television set with certain software. The controller includes an accelerometer and gyro sensor for motion sensing, a near-field communication sensor, microphone and speakers. It can also function as an infrared television remote control. In time it will be possible to use up to two game pads with the console, together with other Wii remotes. 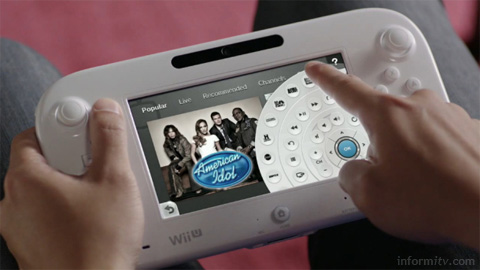 Wii U has a browser, allowing users to display web pages on television to share with family or friends, or simply use the web on the second screen while watching television, in the middle of a game, or without using the television.

Zach Fountain, the director of network business for Nintendo in America gave a demonstration of Wii U TVii at a media event in New York. He showed how search worked across Netflix, Hulu Plus or Amazon Instant Video, depending on which the user is subscribed to, and across a TiVo digital video recorder, as well as television channels. He described how it could be used as a remote control and how the second screen could enhance the viewing experience. 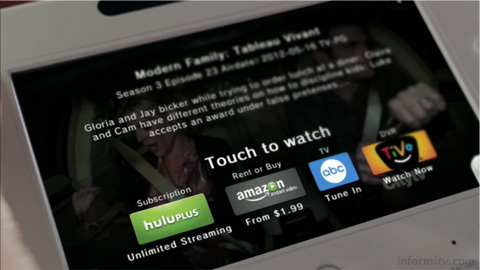 A distinctive feature is a timeline showing thumbnail shots from the currently selected programme, allowing users to comment on Facebook or Twitter, take part in polls or view stats from sports events, all seamlessly integrated through the second screen. These features will be bundled for no additional charge, with every Nintendo Wii U.

“Nintendo TV is bringing together how you watch and what you watch to make it simple again to watch tv and make it fun,” he concluded.

Nintendo has teamed up with i.TV to create the television guide for users in America. “Nintendo TVii combines show discovery, remote control, and social interaction, all in one experience. There’s nothing like it on the market,” said Brad Pelo, the chief executive of i.TV.

A games console like the Wii U has the potential to succeed where other television add-on devices have failed so far to make much of an impact, simply because games provide a more compelling use case for people to buy the device.

Wii U will be previewed in the United Kingdom for the first time at Eurogamer Expo in London at the end of September.