With Alcatel now in bed with Lucent, their union symbolised by the eternity ring of their new combined logo, business affairs with Microsoft are becoming more strained. The new couple are complaining about petty patent issues which could signal the end of the whirlwind relationship with their software partner, but they may need to stay together for the sake of their key customers.

Alcatel has now formalised its merger with Lucent and launched a brand new identity to represent what is now the largest communications equipment supplier in the world, overtaking Ericsson. 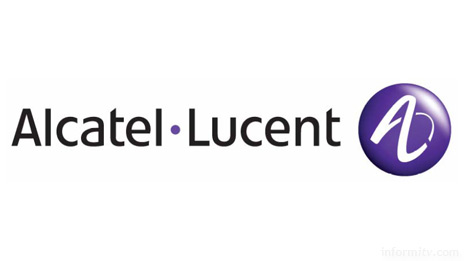 Their logo is a stylised infinity symbol that combines the A and the L of their respective names and according to their chief executive, Patricia Russo, “represents the endless possibilities for the future”.

Serge Tchuruk, now their non-executive chairman, was rather less romantic. “The combined name of Alcatel-Lucent will enable us to capitalize on the strong brand equity that both companies enjoy,” he said, suggesting that the marriage may have more to do with combining their respective territories. It may be a merger of equals, but their corporate home will be based in Paris.

Inevitably it will eventually mean some rationalization of their combined staff.

The company is “uniquely positioned” to supply triple-play networks delivering television services, said the new chief executive, previously with Lucent. “We see this as a market that will continue to grow.”

Meanwhile, Alcatel has launched patent infringement claims in the United States against Microsoft, which formed a strategic relationship with the French communications infrastructure company to sell its television software platform to top-tier telecommunications carriers.

The alliance with Alcatel was important for Microsoft to gain credibility with telcos, who required carrier class credentials that the software company lacked.

Microsoft may have initially got more out of the partnership than Alcatel. They had a mutual customer in AT&T, which then awarded its video network integration account to Scientific-Atlanta, which was acquired by Cisco.

In terms of profile, Microsoft has received much of the credit for the recent adoption of telco television and has been largely responsible for promoting the term IPTV, or internet protocol television, as well as drawing criticism for overdue deployments.

This has effectively left Alcatel to sell switches and develop a couple of applications for the Microsoft IPTV platform, which has been rolled out with Deutsche Telekom, Swisscom and now BT.

Alcatel already had its own Open Media Platform which it acquired from iMagicTV and has continued to support, notably with Telecom Italia.

With the merger with Lucent, Alcatel acquires a second solution based on the Imagenio platform originally developed for Telefónica in Spain, which has recently been rolled out in the Czech Republic and will form the basis of future deployments by Telefónica in other territories.

Alcatel has now filed suit against Microsoft in Texas. Three patent infringement claims are based on original developments by Oracle of trick-play features for its Video Server. The patents were sold to Thirdspace, which was subsequently acquired by Alcatel.

It seems that they are already arguing over the record collection and it could end with Alcatel-Lucent promoting its own products in direct competition to Microsoft, but maintaining their pretence of a partnership for the sake of their existing customers.