European Union information society and media commissioner Viviane Reding has urged that Europe cannot wait until 2012 for mobile television and that decisions must be taken in the coming twelve months.

In a speech in Hannover at CeBIT, the world’s biggest electronics trade fair, the EU commissioner said: “we should start serious discussions now about the use of the digital dividend for spectrum”.

“Mobile TV is an opportunity for Europe,” she said. “I see this issue as a matter of urgency: decisions must be taken in the coming twelve months.” 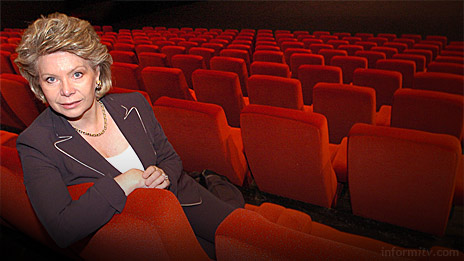 Viviane Reding said that member states should seriously engage in discussions on how to capitalise on the digital dividend that will come from analogue television switchoff and the possible allocation of channels for mobile TV. “We cannot wait until 2012 to start this discussion, it will be too late,” she urged. “In a global world, Europe has to move at the rate of our fastest competitor not our slowest member.”

“If we want mobile TV to be the next economic carrier wave of technological, industrial, and consumer services growth, we had better make sure that we create enough space for these services to take-off.”

Mobile TV is seen as a key example of the digital convergence between networks, devices and content, providing new business opportunities, jobs and consumer services.

The EU commissioner said that the results of the first pilot projects suggest half of European mobile phone subscribers may become mobile TV users. That could be as many as 200 million users.

In her speech, Viviane Reding said that spectrum had been made available across the whole US, paving the way for a nationwide roll-out of mobile TV networks. “We should act now to allocate at least some common European spectrum bandwidths for mobile TV,” she declared. The commissioner will produce a report entitled Strengthening the Internal Market for Mobile TV by early 2007, proposing further steps “to unlock the potential of mobile TV”.

This will be see as good news by the prospective operators of services, the providers of transmission networks, and no doubt handset manufacturers like Nokia that have been championing mobile television. There is still some debate, however, about what sort of mobile television services should be provided and how they should be delivered.

Nevertheless, it seems clear that Europe cannot afford to wait until the completion of analogue television switchoff to find some spectrum to support such services.