Akimbo, a start-up company that is due to launch an internet video on demand service, is offering a sneak preview at the Digital Hollywood entertainment and technology conference in Los Angeles.

The Akimbo player is a broadband connected set-top box with an 80GB hard drive that can store up to 200 hours of programming in Windows Media 9 format and replay it on an ordinary television. While it has standard pause and replay functions for downloaded material, it does not record broadcast programming. The system does not require a personal computer and the player will sell for $229.

The Akimbo service, which is set to launch in the US in October, delivers video to consumers via a broadband internet connection for a $9.99 monthly subscription or $199.99 for the lifetime of the product. It claims to be the first fully functional marriage of television and the internet. 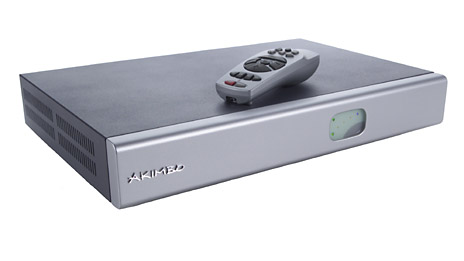 Akimbo announced that Turner Broadcasting System will be among those providing video programming for the service, including selected content from Turner brands such as CNN, CNNfn, TCM and Cartoon Network.

“We are pleased to work with Akimbo and are looking forward to learning how consumers respond to this new subscription on-demand technology,” said Kevin Cohen, general manager of interactive and enhanced television at Turner. 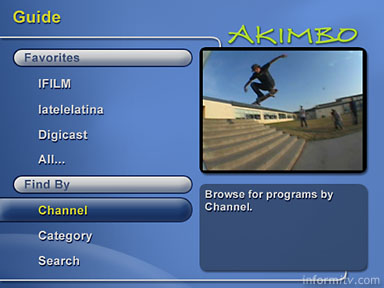 Akimbo is a privately held start-up company founded and managed by executives from ReplayTV, Macromedia, Microsoft and Apple, among others.