The latest in television technology involves transmitting pictures wirelessly to the screen. This extraordinary development is on display at the annual CES show in Las Vegas. Whatever will they come up with next? How about a screen that sticks to the wall using vacuum suckers?

The LG Signature OLED M display comes with a separate wireless Zero Connect box with multiple ports that can connect to external HDMI devices like cable or satellite boxes, games consoles and streaming devices and transmit the audio and video wirelessly to the screen at up to 4K and 120 images a second. It can also connect wirelessly with compatible soundbars for cable-free convenience.

The technology supposedly adapts to interruptions in the signal transmission path, such as people or pets walking around the room. The internal antenna can also be manually rotated or tilted to align with the position of the screen.

Of course, the 97-inch diagonal screen still requires a power supply, but the cable can be cunningly concealed in the television stand or simply chased into the wall or floor from the nearest power point and suitably covered over, in much the same way as the supply to the wireless box, as apparently illustrated in the publicity picture provided by the company. It also allows the massive screen to be repositioned easily to avoid glare from the sun. 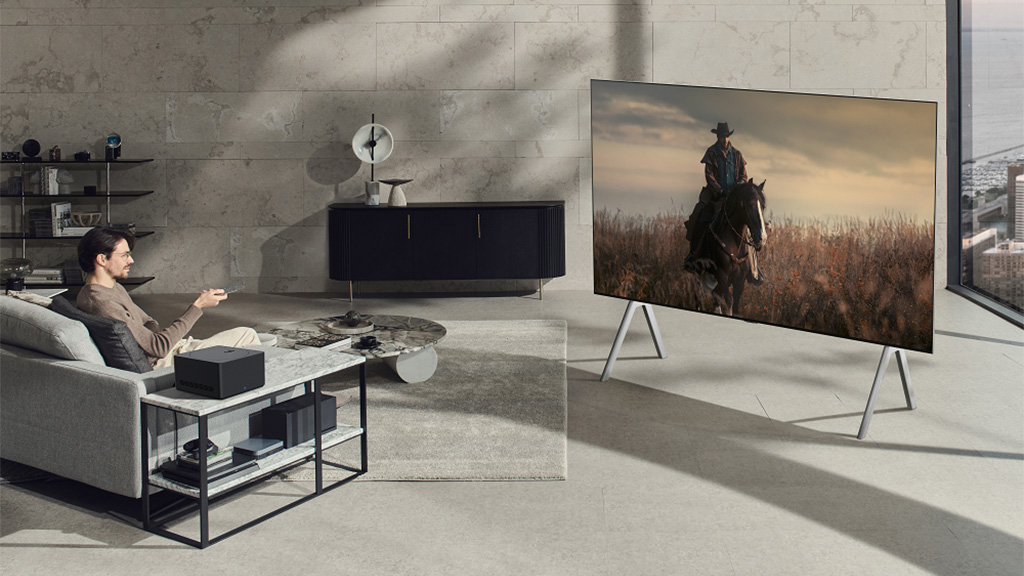 Astonishingly, the idea of transmitting pictures to a television wirelessly is not entirely new but traditionally this required a coaxial cable to a separate antenna or satellite dish.

These days television services can be delivered wirelessly to the screen over the internet.

The problem is that people still seem to want to attach external devices to displays and the conventional way of doing this is with one or more HDMI cables carrying uncompressed digital audio and video.

Wireless HDMI transmitters and receivers are widely available and are relatively inexpensive, so one would hope that the Zero Connect box offers a better solution.

An alternative might be some form of optical connection, which could be less obtrusive and a lot more reliable.

Then again, a smart screen could simply stream compressed audio and video over a wireless network, as most already do for television and video services.

Elsewhere, a startup called Displace is showing a 55-inch 4K display with a battery pack that apparently sticks to a flat surface using vacuum suckers. 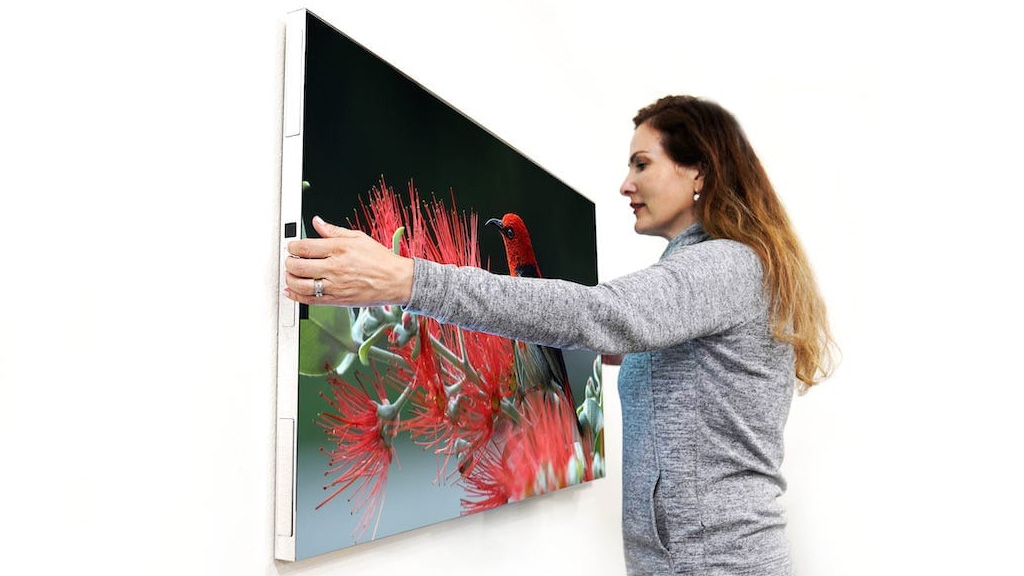 Multiple displays can even be snapped together to create a larger, higher-resolution screen. For instance, four can be combine to form at 110-inch 16K screen.

The four hot-swappable rechargeable batteries slot in the sides and can be replaced while the screen is operating.

Effectively, it is a large portable television, or at least transportable. It weighs almost 10 kilograms.

There could be plenty of commercial applications in retail, marketing, exhibitions and temporary signage, or even in video production.

The rest of us may just have to live with our phones and tablets. If we want a larger screen we may just accept the need for mains power and a few connections, for the moment, at least.