A report from Kantar on The Future Viewing Experience suggests that the smart television is now the primary driver of increased usage of online video services as viewers watch on the best available screen. The era of set-top boxes is coming to an end and the network-connected television is becoming the main video delivery gateway to the home. The report provides a useful summary of the evolution of viewer experiences and behaviours, outlining the opportunities and challenges for media owners, advertisers and agencies, as well as highlighting the implications for audience measurement.

“Media and entertainment is a multi-trillion-dollar industry, buoyed by improved technology, connectivity and a thirst for content,” said Manish Bhatia, the chief product officer for the media division of research company Kantar. “The report focuses on the trends and opportunities related to future delivery and viewer experience and behaviour, delivering insight into the implications for both the industry and audience measurement.” 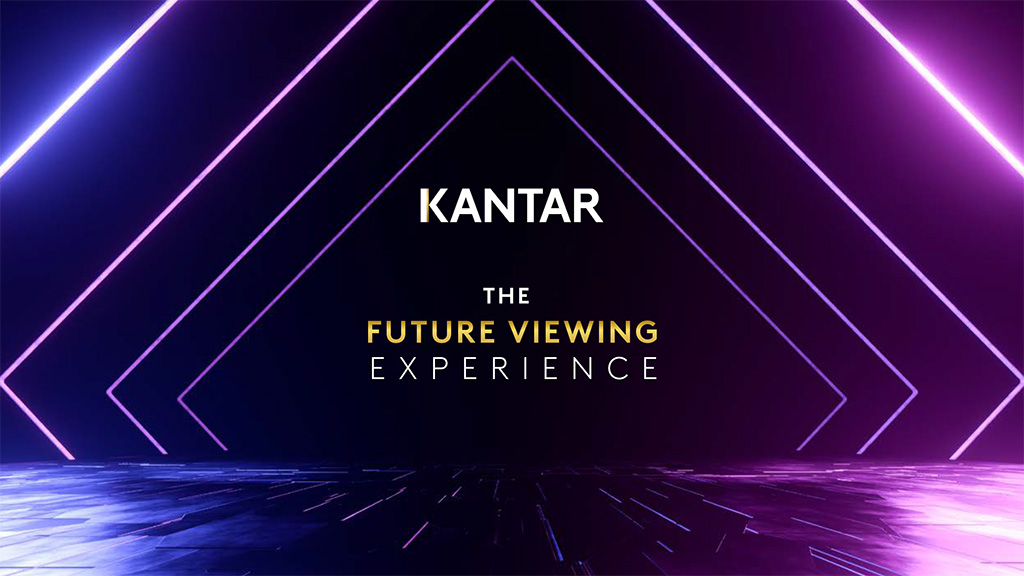 A key underlying assumption is that over the coming decades is that the internet will be used for distribution of television and video, leaving terrestrial and satellite to complete coverage, although broadcast delivery may endure far into the next decade.

Smart televisions will have a critical role to play as the main entertainment gateway into the home. They have been around for a while, but early interfaces were poor and connectivity was limited. The initial industry focus was on other devices connected to the television screen, and on phones and tablets.

Smart television ownership in the United Kingdom is now approaching 75% and usage of apps has grown with the global rise of online video services.

Smart televisions have the potential to deliver addressable advertising, although early efforts have arguably been attempts to transfer internet-based systems across to the television ecosystem, with varying degrees of success.

Many smart televisions also have automatic content recognition capabilities that can identify what is being watched, although they are not necessarily able to determine who is watching.

The challenge is that smart televisions have a range of fragmented operating systems, with complexity across apps and set manufacturers potentially adding up to an off-putting experience for advertisers. Significant work will be necessary to harmonise the ecosystem.

There have been moves towards vertical integration. Sky has launched its own Sky Glass television and has a sophisticated addressable advertising proposition.

All of this presents challenges for audience measurement, although it might be observed that as viewing becomes more directly measurable traditional panels and meters may become less relevant. On the other hand, an objective view of the overall market may be all the more important to contextualise competing metrics.

The report was produced in collaboration with Richard Marks of Research the Media. He said: “Too often attempts to look into the future can become hypnotised by shiny objects, by what technology can do as opposed to what people actually want it to do. Working with Kantar, our objective was to provide a viewer-centric evaluation of where the viewer experience is headed and the opportunities and challenges that lie ahead.”

The Future Viewing Experience is published by Kantar and is available for downlod from its web site.