The 66th Eurovision Song Contest from Turin in Italy reached 161 million people over the 3 live shows in 34 measured markets. That is up by 7 million on the previous year, not counting Russia, which was excluded from the singing competition, and Ukraine, which went on to win the contest with record public vote of support. Those two markets accounted for 29 million reached the previous year. It remains uncertain where the next contest will be held. The United Kingdom came second and could end up providing the venue.

The 43.3% viewing share for the final was up three percentage points on 2021 and remains more than double the broadcast channels average of 18.2%.

Host country Italy delivered their biggest audience since they re-joined the competition in 2011, up by over 53% on 2021, with an average audience of 6.6 million viewers, accounting for 41.9% of television viewing in the country.

The United Kingdom delivered the largest audience of all markets in 2022 with 8.9 million viewers watching the final, up 20% on 2021.

It was the first time in 11 years that the United Kingdom has seen higher ratings than Germany, which previously delivered the highest audience.

TikTok became the Eurovision Song Contest’s official entertainment partner in 2022 with the 3 live shows streamed on the platform for the first time. The platform saw a total of 189 million video views on the official Eurovision account during the two weeks leading up to the Grand Final. 3.3 million unique viewers watched the final live on the platform.

In the same week, 42.3 million unique viewers across 232 countries and territories watched content on the official YouTube channel. The number watching the final on YouTube rose nearly 50% year on year to 7.6 million unique viewers for the live show. The most views were in winning country Ukraine with over 2.2 million views to date.

“Once again, we have seen the enormous popularity of the contest among young audiences, some of whom are discovering the event for the first time,” said Martin Österdahl, the executive supervisor of the song contest. “The Eurovision Song Contest truly has global appeal demonstrated by the millions watching in every territory on earth and millions more interacting on social media.” 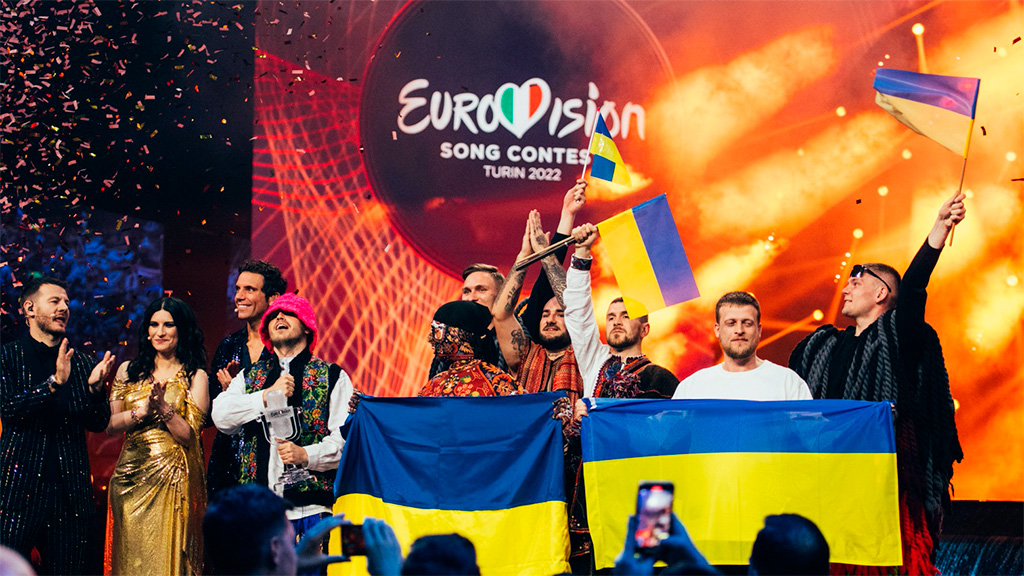 The winning entry was from the Kalush Orchestra, representing Ukraine with its song Stefania.

Traditionally, the winning country hosts the contest the following year. This has not always been possible, as in the case of 1956, 1959, 1962, 1971, 1973 and 1979, and there are no hard and fast rules dictating who should host in these circumstances.

As the runner up, the United Kingdom could provide a suitable venue for 2023. The country is one of the so-called ‘Big Five’ that automatically qualify for the final as they contribute the most to the funding of the European Broadcasting Union in Geneva, which organises the song contest. Tim Davie, the director general of the BBC, is on the executive board of the EBU.

The United Kingdom has hosted the contest eight times in the past, in London on four occasions, in Edinburgh, Brighton, Harrogate, and most recently in Birmingham in 1998 following a win the previous year by Katrina and the Waves.