BT has revealed its BT TV Box Pro, its most advanced set-top box yet, with support for 4K HDR, Dolby Atmos, 1TB of storage and four tuners. BT has also rolled out a new user interface to current customers. It will initially be available to new subscribers taking its top VIP package.

The new BT TV box has a minimal rounded appearance, complemented by its Bluetooth remote control, which allows the box to be stored out of site if required.

There is support for ultra-high-definition video with high dynamic range and for Dolby Atmos immersive sound.

With 1 terabyte of storage it has double the capacity of the previous BT TV box, with the usual pause, rewind and record features. The box is also capable of supporting the online delivery of channels. 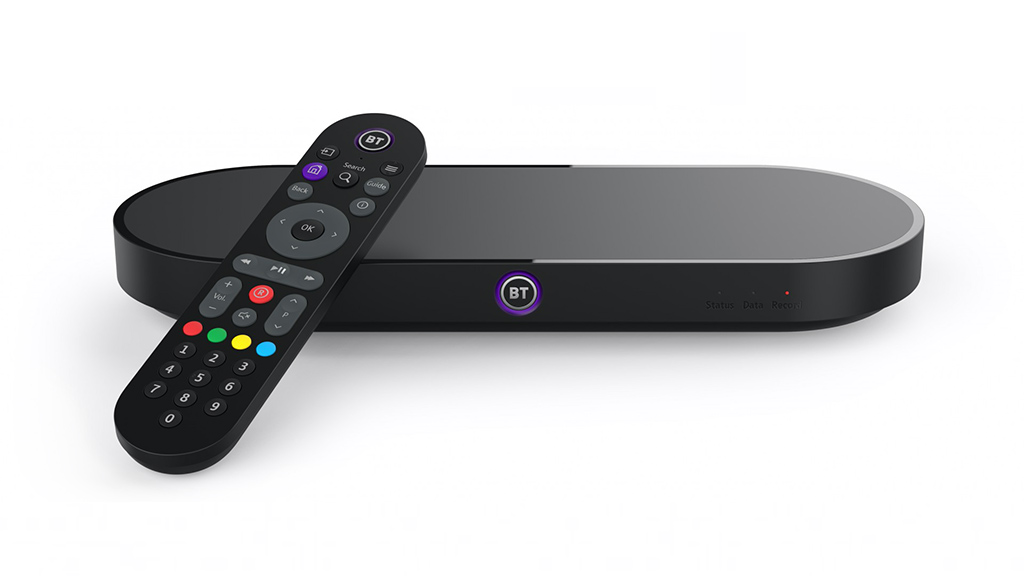 There is no mention of YouView, the joint venture of BT, TalkTalk, the BBC, ITV, Channel Four and Channel Five. BT has been marketing its BT TV service separately for several years.

Although initially available with a wired connection, the new box is Wi-Fi capable, with an enabling update planned for later in the year.

BT has also completed a roll out of an enhanced user interface to existing customers. A new home page showcases programming and a more visual My TV section gives access to recordings and a Watchlist of on-demand programmes. Unified search works across broadcast and online sources.

“We’ve seen such great feedback since launching our flexible TV plans and now the award-winning platform is about to enter the next generation of viewing,” said Chandru Lakshminarayanan, the TV and Sport Propositions Director at BT.

The BT TV Box Pro will be available initially only to new customers taking its £65 a month VIP package, plus the cost of broadband, including NOW Cinema, Entertainment and Sport Membership, giving access to leading Sky channels, as well as BT Sport Ultimate in up to 4K HDR and Eurosport.