Disney+ has 95 million subscribers worldwide, passing its own four-year forecast. It is now aiming for 230-260 million by 2024. On 23 February, Disney will add Star, its new international general entertainment offering, as a distinct sixth brand tile across Europe, Canada, Australia, New Zealand and Singapore, with more markets later in the year. It will offer thousands of hours of movies and programmes from its multiple studios, including its acquisition of 21st Century Fox. Disney is putting its weight behind its direct-to-consumer strategy, although it still makes more money from is traditional channels.

Star will be available in a subset of countries where Disney+ is operated, excluding the United States. It will include content from ABC Signature, 20th Television, FX, Freeform, 20th Century Studios, Searchlight Pictures, Touchstone Pictures and Hollywood Pictures. 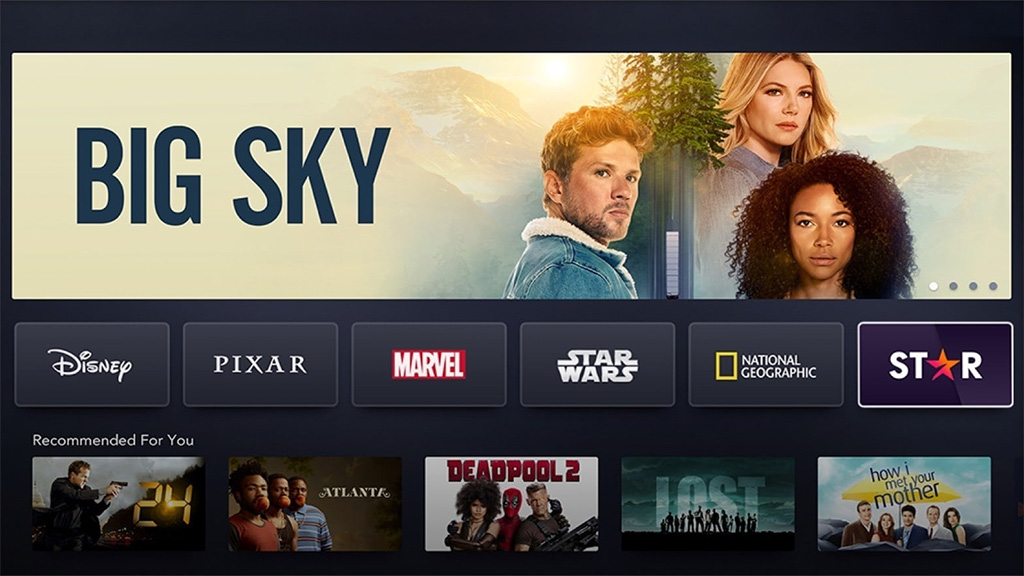 The Star brand was acquired by Disney as part of its acquisition of 21st Century Fox in 2019. Disney is using it rather than taking the Hulu brand international, arguing that it is more marketable. It will be offered as part of the Disney+ service alongside programmes from the Disney, Pixar, Marvel, Star Wars and National Geographic franchises.

Disney+ had 94.9 million subscribers at the start of 2021, compared to 26.5 million at the beginning of 2020. The number includes the conversion of customers from the Hotstar service in India and Indonesia, which make up around 30% of the global subscriber base. There were 21.2 million net additions in the last quarter of 2020, which included the November launch in Latin America. Average monthly revenue per subscriber was $4.03, or $5.37 excluding Disney+ Hotstar subscribers.

ESPN+ subscribers grew from 6.6 million to 12.1 million at the start of 2021. ESPN+ is available in the United States as as an add-on subscription on top of the ESPN channels, which are not included in the online service.

Hulu had 35.4 million subscribers to its on-demand service in the United States and Japan, up from 27.2 million, while the number subscribing to the live multichannel service as well rose to 4.0 million from 3.2 million. The average monthly revenue for live subscribers rose to $75.11 following a price increase, up from $59.47 the previous year.

Commenting on the results, Bob Chapek, the chief executive of The Walt Disney Company, said: “We’ve been especially pleased with the success of our direct-to-consumer business. Our recent strategic reorganization has enabled us to accelerate the company’s pivot toward a DTC first business model and further grow our streaming services.”

Overall, Disney quarterly revenue was $16.25 billion, down 22% from $20.88 a year earlier. Net income was down 99% to $29 million, from $2.13 billion the previous year. That was largely due to a 53% decline in its parks, experiences and products division as a result of the coronavirus pandemic.

In the media and entertainment division, linear networks still provide the bulk of revenue, up 2% at $7.69 billion for the quarter. Direct-to-consumer rose 73% and contributed $3.50 billion but made an operating loss of $466 million, although that was an improvement on a loss of $1.11 billion in the same quarter the previous year.