With Formula 1 motor races postponed or cancelled as a result of coronavirus restrictions, viewers are settling for watching virtual events with simulated cars competing on computer-modelled tracks. The effect is surprisingly convincing but would benefit from better television production values.

The fourth virtual grand prix replaced what would have been the real deal at the Dutch Circuit Zandvoort. As that was not available as a computer model, viewers had voted to adopt Interlagos in Brazil.

The virtual video was generated from the Codemasters F1 2019 game, providing a very effective simulation of a grand prix race. 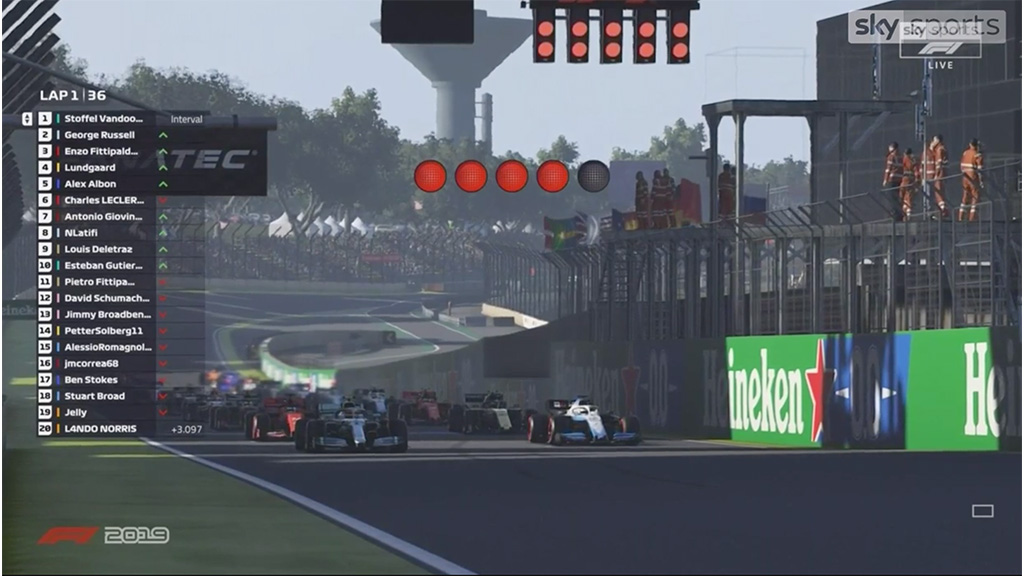 Racing remotely from their computer rigs in the comfort of their homes, the event was hosted live from the Gfinity Esports Arena, a converted cinema in Fulham, London.

The virtual event was streamed on YouTube, Twitch and Facebook, and broadcast live in the United Kingdom on Sky Sports, on ESPN in the United States, and Fox Sports Asia across Southeast Asia.

The rendering of the graphics in the game was superbly realistic, beautifully capturing the quality of the sunlight on the circuit. The only real difference was that with the same fixed car setups and damage settings off, drivers were able to take more risks, resulting in a lot more overtaking.

Alex Albon finished first, with George Russell promoted to second place after Charles Leclerc received a three-second time penalty for cutting corners in a race-long dual for the lead, denying him a hat-trick of wins in the series so far.

“I was shaking afterwards. I had so much adrenaline in my body,” Alex said after the race. “I feel more scared driving a simulator than the real thing! The pressure was unbelievable!”

Cricketer Ben Stokes finished 13th in his second race, four places ahead of Stuart Broad in his debut.

Dr Julian Tan, the head of digital business initiatives and esports at F1 said: “We are delighted that so many fans are watching and engaging with the F1 Esports Virtual Grands Prix. The viewership continues to go from strength to strength, outlining the growing success of the races and the wider potential of Formula 1 in esports.”

With the sporting schedule shredded, virtual events offer new opportunities for coverage. E-sports are huge in their own right but have had limited adoption by mainstream media.

Formula 1 is very amenable to translation to a virtual event, with drivers already spending many hours practising in computer simulators. The quality of the virtual graphics is outstanding, but the coverage would benefit from higher television production values if it is to replace real races.