The United Kingdom government has published guidance on preparing for a ‘no deal’ Brexit for those working in media and broadcasting. It adds little to previously issued advice, which could be summarised by saying ask a lawyer. The government is still insistent that it will leave the European Union on 31 October, even if it is apparently obliged to seek an extension.

The DCMS has published a 10-point checklist to prepare for leaving the European Union without a deal in place to provide transitional arrangements.

Some of the advice is generic. For instance, employees may not be able to enter or work in some countries without the right visa or permit. 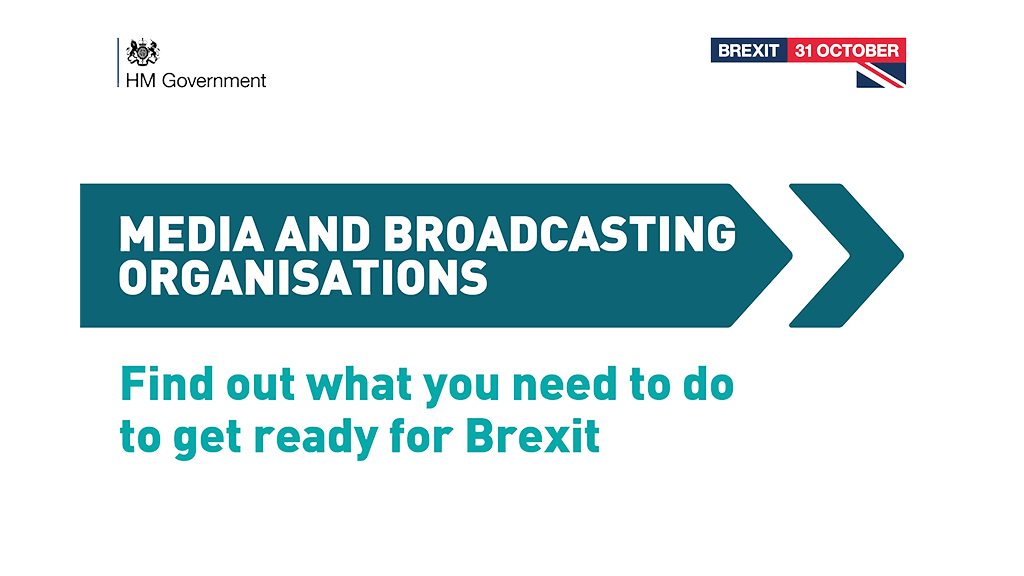 If, for example, a broadcast service is available in Ireland, one of the seven European Union countries that has not signed the 1993 Europe Convention on Transfrontier Television, the broadcaster will need to ensure that the service is correctly licensed in a European Union member state. Otherwise, the service will be not only legally unlicensed, but the broadcaster may not have the relevant rights clearance for that territory.

Given that satellite and terrestrial transmissions follow the laws of physics, which do not take account of national borders, that presents a possible problem for some broadcasters.

This applies not only to international broadcasters based in London. It also affects television channels of British broadcasters, including the BBC, that can be received in Ireland.

It seems that satellite services could be considered under the jurisdiction of a European Union country even if they are uplinked from the United Kingdom, as most broadcasting satellites are operated by companies based in Luxembourg or France.

However, it is not clear how this applies to retransmission over cable networks, or terrestrial retransmission, or even overspill reception.

None of this should be news to major media organisations, many of which have already exercised contingency plans.

Yet when Brexit was first proposed, few would have anticipated that it could involve the United Kingdom leaving the European Union without any transitional arrangements.

Even if a deal is struck with the European Union it does not seem that arrangements for international broadcasting will be a political priority among other seeming intractable problems.

If an extension is agreed, many of the issues affecting broadcasters as a result of Brexit will remain unresolved.