A new Apple TV app is available in over 100 countries, across iPhone, iPad, Apple TV and all 2019 Samsung televisions and some 2018 models. It will be available on Mac computers later in the year. Apple TV brings together over 100,000 movies and television shows from iTunes, including the largest collection of 4K HDR titles available to browse, buy or rent, plus Apple TV Channels and over 150 video apps. The app is preparing the way for Apple TV+, offering Apple original productions, which will be available in the Autumn.

With the family sharing feature, up to six family members can share subscriptions to Apple TV channels using just their Apple ID and password.

Subscribers can watch and download shows and movies both online and offline, making the Apple TV app the first and only place where HBO subscribers can download movies and shows such as Game of Thrones for offline viewing.

The Watch Now section features Up Next, where users can quickly find and watch their favourites with activity synced across devices, as well as explore expertly curated collections based on a secure and comprehensive understanding of users’ viewing interests.

There is also a new Kids area and a Sports section that offers notifications about favourite teams and leagues. 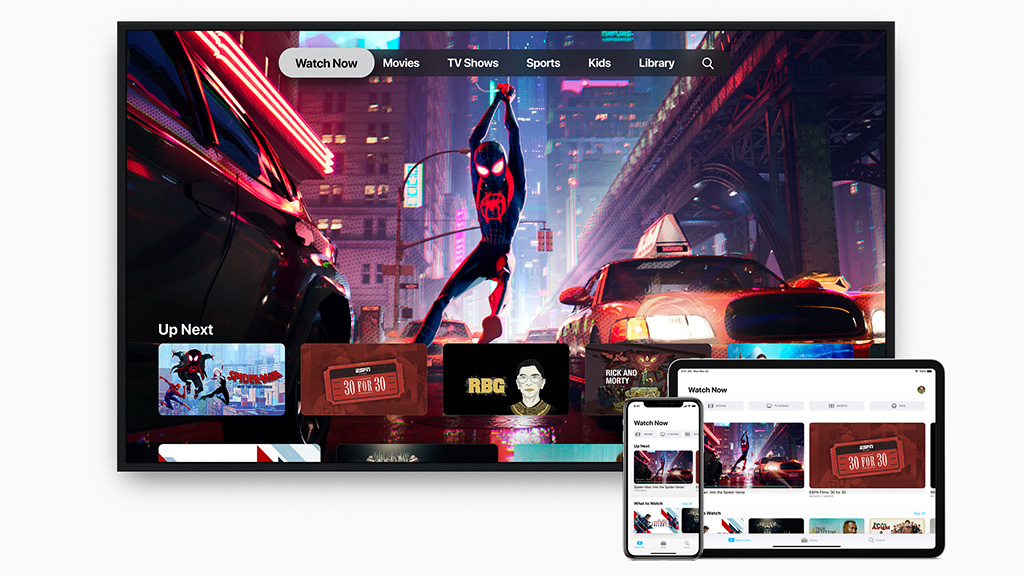 Apple still has a challenge to take on Netflix and Amazon, but by making an app available across over a billion of its own devices, as well as on third party products, it has potential.

Whether Apple will be able to entice users with its own original programming when it launches is another matter. A billion dollars of investment in production does not go that far these days. What will be interesting is whether Disney services will appear on the platform, in which case Apple has clear potential to become a leading global aggregator of audiovisual services.