Some may question the need for the traditional television remote control, suggesting that phones and tablets, together with voice, gestures and artificial intelligence, may render it redundant. Yet Austrian remote control design company Ruwido has come up with an innovative form of interaction with applications that could extend beyond video entertainment systems. It calls it Tictactile.

The secret to the system is a touch sensitive remote control with an array of depressions in place of buttons. These minimalist buttons map to a matrix of options in the on-screen display.

Ruwido refers to these small depressions as haptic landmarks. They can be easily felt with the fingertips, facilitating navigation by touch. They allow the user to feel their way around the on-screen virtual buttons.

The interface uses an array of four by three buttons, rather than the numerals nought to nine, which maps well to the aspect ratio of high-definition television display, and offers a total of twelve options, which can be selected to reveal further choices. 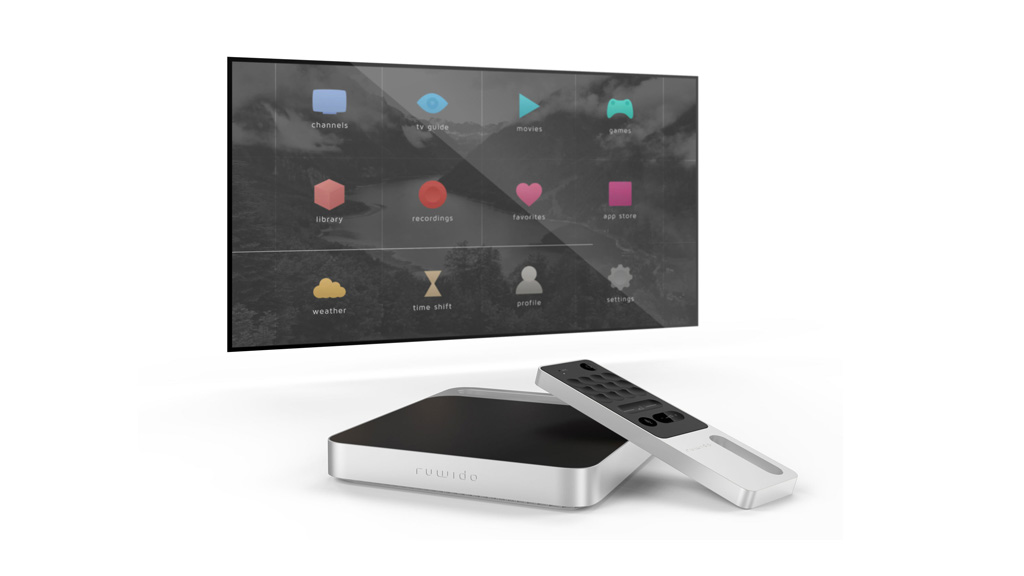 In a demonstration for informitv at the IBC show, the system worked well and was immediately intuitive, avoiding some of the human factor issues associated with other cursor pointing approaches.

Regina Bernhaupt, the director of user experience research for Ruwido, revealed another trick that they can use. Rather than requiring users to log in to a particular profile, it is possible for the system to learn which user is holding the remote control simply by how it is held. There is no need for fingerprint or facial recognition.

It is an incredibly clever idea, as befits a company that employs over a quarter of its 200 staff in research and development.

And there is more. Ruwido showed that a similar system could be employed to provide racing car style thumb control on a steering wheel for entertainment and other systems. Combined with an interactive display in the instrument console, it could greatly simplify secondary controls in vehicles.

While voice control may have its place for some tasks, such as search, it seems that touch still has a role to play in other forms of interaction.

Of course that means spending a little more on the remote control than the cheap plastic devices that ship with some products. However, as leading service providers like Sky have long recognised, the remote control remains a point of differentiation and an important touch point for a premium brand.