The average speed of a Netflix stream in 2016 was just over 3 megabits per second, ranging by country from little more than 1 Mbps to slightly more than 4 Mbps, with the United States outside the top 15 at 3.5 Mbps. So is this sufficient for an online video service? Around 90 million paying subscribers suggest that it is.

Netflix publishes a monthly ISP Speed Index that shows the average prime time bitrate for Netflix material streamed to Netflix members. This is not a measure of the maximum throughput or the maximum capacity of an internet service provider, but offers an indication of the real-world performance of Netflix streams. 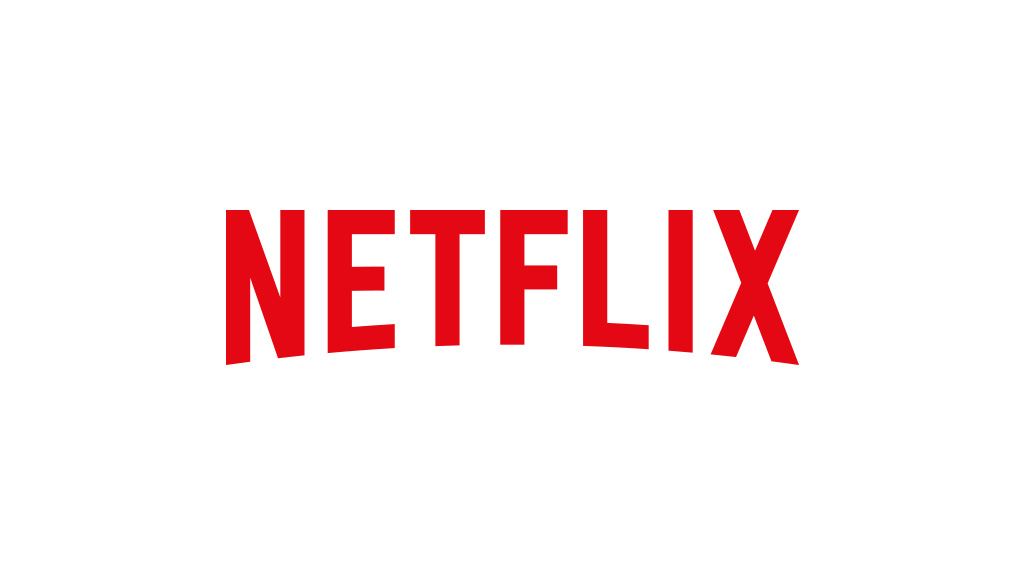 In December 2016, the average across 48 countries reported was 3.09 Mbps. The previous December, before Netflix effectively went global, it was 3.28 Mbps averaged across 32 countries measured. Overall, the average stream rate has risen from 2.29 Mbps at the start of 2014. There was a small fall during 2016, possibly as a result of changes in encoding, or following the expansion to more countries, some of which achieved lower average rates. 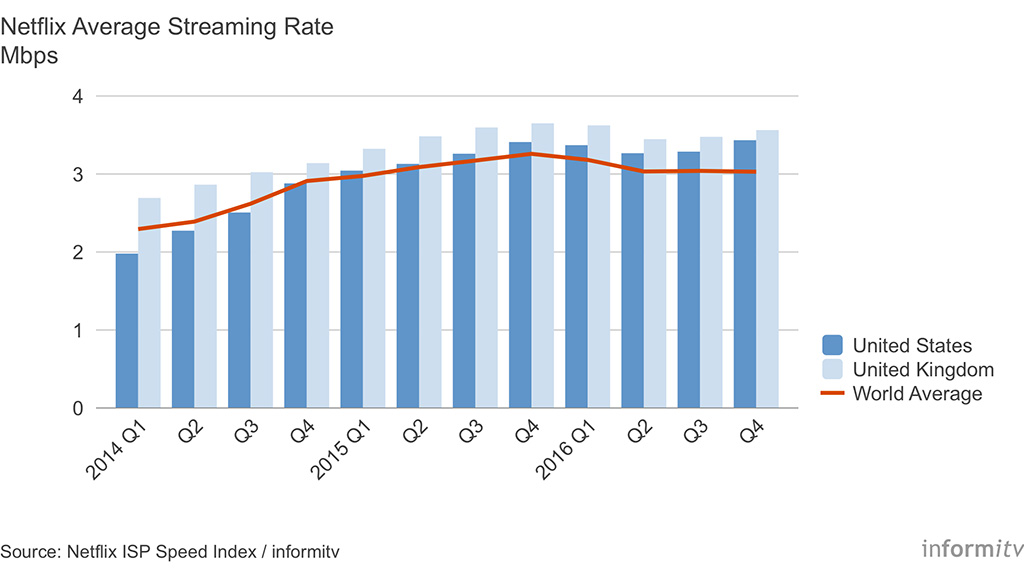 Clearly there will also be considerable variation between individual users, depending on their connection, what they are watching and whether it is in standard or high definition, or even ultra high definition.

In the United Kingdom, there was relatively little variation among internet service providers at the end of 2016, with Virgin Media delivering Netflix streams at an average of 3.86 Mbps, BT at 3.79 Mbps and Sky at 3.37 Mbps.

In the United States, Comcast was the highest at 3.84Mbsp, ahead of Optimum and Bright House, with Verizon Fios at 3.81 Mbps, although DSL services from AT&T and Verizon came in at 2.90 Mbps and 2.60 Mbps respectively.

The country with the highest average rate was Switzerland, with an average of 4.23 Mbps, ahead of countries like Japan and South Korea, with averages of 3.33 and 2.88 Mbps respectively.

Netflix is evidently a successful video service, with nearly 48 million paid members in the United States and over 41 million international members. So it seems reasonable to assume that these users are generally satisfied with their experience. We do not see many complaints about video quality on Netflix, although these average data rates are lower than typically used for broadcast television services.

Netflix previously encoded video in a fixed range of 10 bit rates, from a meagre 235 kbps for 320×240 resolution, up to 5.8 Mbps for 1920×1080. It subsequently moved to per title encoding, using a bitrate ladder tailored for each title. This optimises the experience for viewers, based on the type of material and the capabilities of the viewing device.

So, while the Netflix ISP Speed Index exposes differences between service providers and countries, it is ultimately constrained by the bitrate encodings Netflix chooses to offer. We can assume that this is designed to balance the quality of user experience with the ability to serve users and the cost of distribution.

What does this tell us about online video quality? It suggests that streams in the range of 2-4 Mbps are on average acceptable and achievable for large numbers of paying users. Or so it seems.

Would these users benefit from higher data rates or more efficient compression? Probably, but there is a commercial balance to be found between user satisfaction, the ability to serve users and the overall cost.

Interestingly, while many people still struggle with poor broadband performance, average speeds available are typically higher than Netflix apparently needs. According to Ofcom research in the United Kingdom conducted in November 2015, published in 2016, the average measured download speed across a day over ADSL2+ phone line was 8.4 Mbps, while FTTC fibre to the cabinet services averaged 33 and 59.4 Mbps, and hybrid fibre-coaxial cable started at an average of 50.5 Mbps and rose to 174 Mbps. The overall average across the United Kingdom was 28.9 Mbps, or 13.7 Mbps in rural regions.

An FCC report on measuring fixed broadband performance in the United States, published in December 2016 showed a median downstream rate across the consumer connections in its panel of 32 Mbps.

These figures, based on meters provided by research company SamKnows to participating panel homes, may not necessarily reflect the performance seen for any particular application. There may be many factors that restrict the effective throughput, from the originating server to the final connection to the client, especially if this is over WiFi.

Your mileage may also vary considerably over a cellular network, but even here throughput is increasing, assuming that you can get a signal.

The reality is that universal delivery of high quality video over current networks remains a challenge, but it is less than a challenge than it once was, as the success of services like Netflix suggests. Of course, user expectations are also rising, along with video resolutions and frame rates. In practice, people may have to be satisfied with the quality that they get, rather than that which they expect or deserve.