Viewers were able to rate their response in real time as the leaders of the main political parties in the United Kingdom took part in a televised election debate. ITV used the Buzzdial platform to enable over 50,000 viewers to provide their instant reaction during the debate. Such feedback may become a regular feature on our screens, as broadcasters seek to engage with viewers through social media.

Buzzdial is a social platform that enables people to share their immediate reactions throughout a television broadcast by pressing one of two buttons beneath a ‘dial’ on a web page, embeddable widget, Facebook post or mobile app. The real-time reaction meter or dial shows the overall response of viewers second-by-second.

These social sentiment meters, a modern take on the original audience clap-o-meter, clearly have applications beyond talent shows.

Since being featured by informitv just over a year ago, when we first came across the company, Buzzdial has been working with broadcasters in Australia and New Zealand, the United States and Europe.

The start-up company based in New Zealand was approached by ITV to enhance its coverage of the live televised election debate by gauging instant viewer reaction.

Seven party leaders lined up to take part in the live debate. At times they looked like contestants in a television quiz show, anxious to buzz in when they knew an answer. It was compelling television, with the potential to change the outcome of the election or at least the composition of the next government — the ultimate reality show. 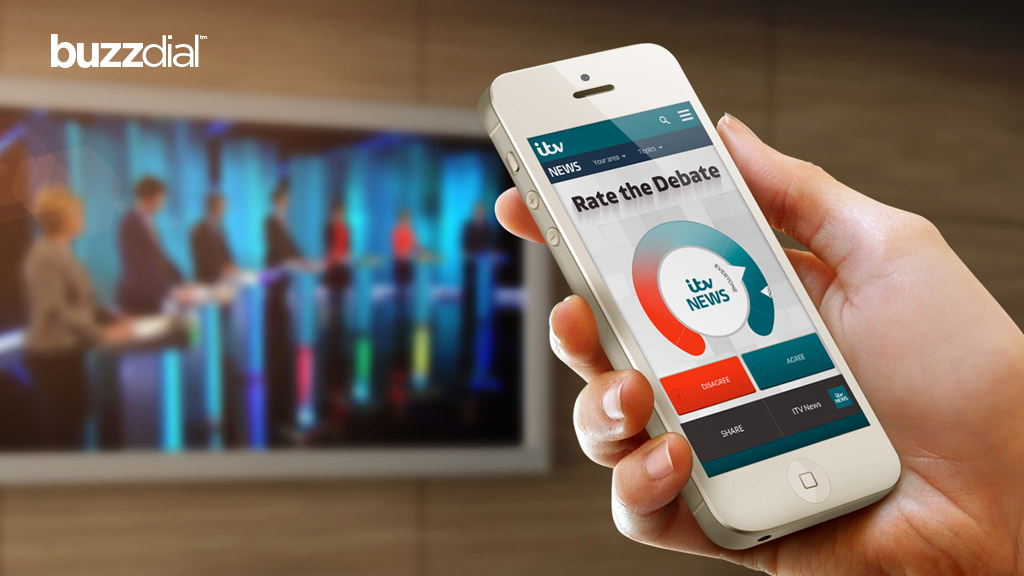 This was the only televised debate in which Conservative leader David Cameron agreed to participate alongside the other main parties. There had been intense negotiations between the parties in relation to the staging of the debates. As a result the instant audience response was not shown as part of the broadcast but was streamed online. The real-time data was visualized using the Vizrt broadcast graphics engine and streamed live through YouTube.

The debate delivered over 32 million data points as participating viewers adjusted their virtual dials in either agreement or disagreement with the speakers.

Ross Howard of Buzzdial told informitv the user reaction provided an instant response to some of the more contentious moments. Audience opinion appeared divided when UKIP leader Nigel Farage suggested that 60% of HIV patients in Britain are not British nationals, but the consensus quickly swung in agreement with Leanne Wood, the leader of Plaid Cymru, who said he should be “ashamed of himself”. 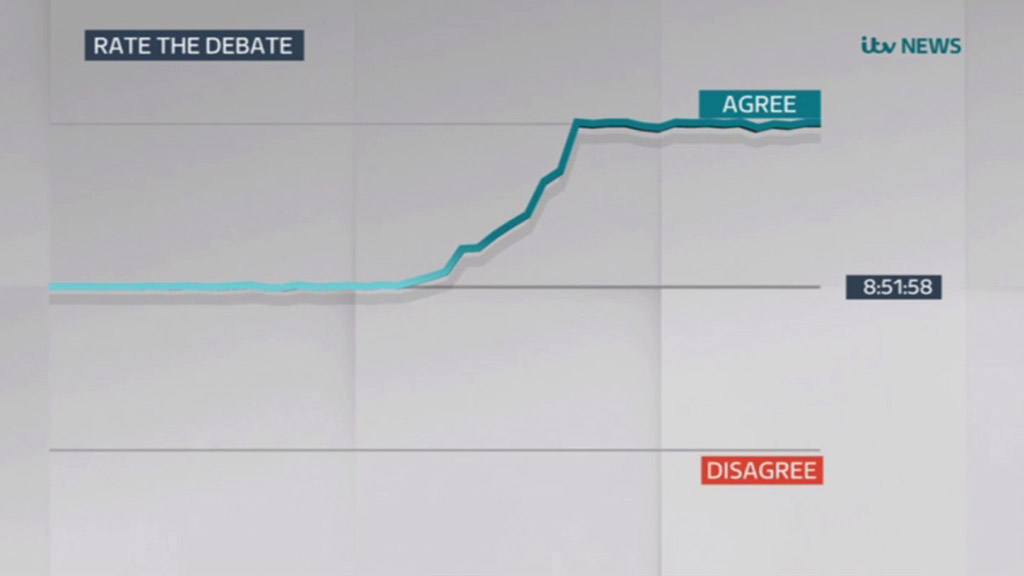 Jason Mills of ITV News said that social and mobile media are at the forefront how people expect to be able to interact with politicians. “Engagement is key in 2015 — and the rate the debate dial certainly let us engage with our audience in a more meaningful and fun way than ever before.”

The BBC, which did not screen this debate, tested viewer reaction using a different method with a panel of 50 undecided voters.

Buzzdial had previously tested its technology in a similar debate in New Zealand, using both a research panel of 100 undecided voters and an open group of 15,000 viewers. Interestingly, it said there was a close correlation between both indicators, suggesting that across large populations the sentiment meter can provide a useful insight into public opinion.

There is always the potential for abuse, as with other forms of social media, but the results become more representative as more people participate. The experience of this debate may mean we are more likely to see such instant and continuous viewer feedback on our screens.