The Federal Communications Commission in the United States has reiterated rules of the road to provide fast, fair and open internet access, preventing prevent blocking or throttling, with no ‘fast lanes’ or paid prioritisation of certain traffic, over either fixed or mobile networks. In theory, these renewed open internet provisions should support those offering online video services over the top of the networks of broadband access providers. Yet the road ahead is far from clear, as political and commercial interests threaten to challenge the authority of the FCC.

The apparent breakthrough follows extensive lobbying from industry players and interest groups. The commission also received submissions from nearly four million Americans who overwhelmingly favoured a free and open internet. Then there was the notable intervention of President Obama in his own video contribution. He called on the commission to create rules “protecting net neutrality and ensuring that neither the cable company nor the phone company will be able to act as a gatekeeper, restricting what you can do or see online”.

The courts had struck down previous agency Open Internet policies on the grounds the FCC did not have sufficient authority to impose similar measures. This prompted the move to reclassify broadband access as a public utility rather than information services. This initiative will also face likely legal challenges from some opponents.

The proposed FCC order, the text of which has yet to be finalised or released, reclassifies broadband internet access as a telecommunications service under a modernised version of Title II common carrier provisions of the Communications Act of 1934, with the exception of a number of elements.

New rules will apply to both fixed and mobile broadband and are based on three principles:

No throttling — broadband providers may not impair or degrade lawful Internet traffic on the basis of content, applications, services, or non-harmful devices.

No paid prioritisation — broadband providers may not favour some lawful internet traffic over other lawful traffic in exchange for consideration of any kind.

The order states that internet service providers cannot “unreasonably interfere with or unreasonably disadvantage” the ability of consumers to select, access, and use the lawful content, applications, services, or devices of their choosing, or of edge providers to make lawful content, applications, services, or devices available to consumers.

It also requires that larger broadband service providers disclose promotional rates, fees, surcharges and data caps in a consistent format, as well as information about network packet loss and any network management practices that can affect service.

The FCC says the rules will be enforced in response to formal and informal complaints. It says the order is intended to preserve incentives for investment by broadband network operators. It notes that mobile voice services have been regulated under a similar light-touch approach and investment and usage have boomed.

The order was passed by a three to two vote of commissioners, along party lines, with the two republicans dissenting. 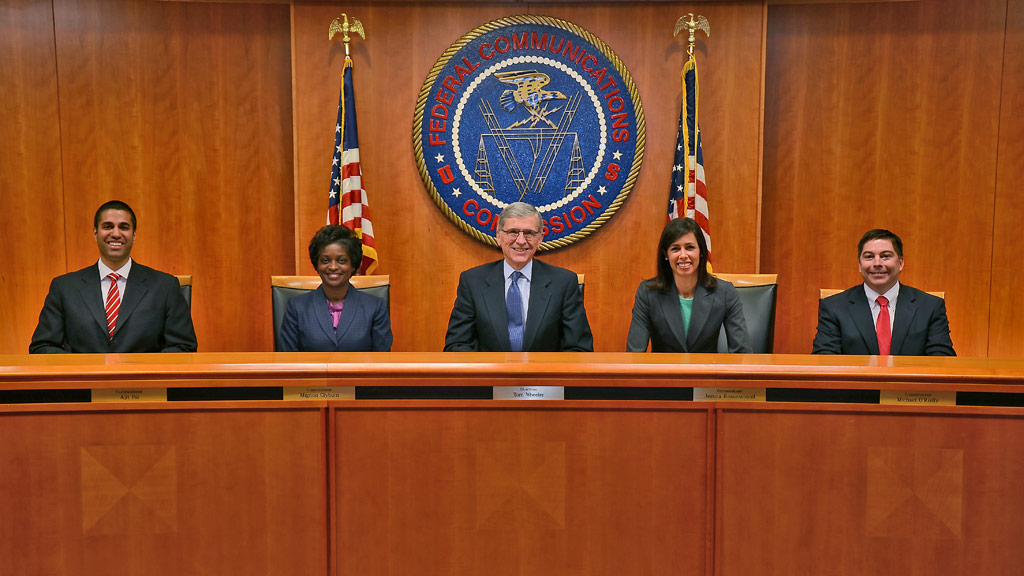 “The American people reasonably expect and deserve an Internet that is fast, fair, and open,” Chairman Tom Wheeler said in a statement. “Today they get what they deserve: strong, enforceable rules that will ensure the internet remains open, now and in the future.”

Advocates of “network neutrality”, including Professor Tim Wu of Columbia Law School, who originally coined the phrase, welcomed the development. “It is a historic day in the history of the internet,” he said. “Net neutrality, long in existence as a principle, has been codified in a way that will likely survive court scrutiny. More generally, this marks the beginning of an entirely new era of how communications are regulated in the United States.”

Netflix, a proponent and potential beneficiary of network neutrality, said it was a win for consumers. It welcomed a “new era that puts the consumer, not litigious corporate giants, at the center of competition policy.”

Service provider Verizon was quick to condemn the decision, saying it was based on rules “written in the era of the steam locomotive and the telegraph”.

Scott Belcher, the chief executive of the Telecommunications Industry Association said the plan to reclassify internet access as a communications utility will hold back investment, innovation and growth. “We are confident that Title II regulation will be rejected as Congress, the courts and consumers fully understand how it will hold back investment, innovation and growth,” he said. “While we support the coming legal challenges, our plan is to work with Congress to find a reasonable, balanced approach to an open Internet.”

It appears the FCC is far from out of the woods or the weeds on this. One commentator described it as one more step in the swamp. Nevertheless, the outcome will be critical to the provision of online video services over fixed and mobile broadband networks in the United States.