Comigo, a startup company founded in Israel by a pioneer of the USB flash drive, is launching a Smart TV platform that extends across multiple screens, from television to tablets and smartphones. It aims to bring together a range of features to offer service providers and consumers a seamless solution that enables a more integrated interactive television experience. In so doing, it is entering a crowded market, competing with but also exploiting the ecosystems of Android and Apple iOS devices.

Comigo Smart TV includes a set-top box based on Android, with client applications for tablets and smartphones, covering both Android and Apple iOS devices, supported by a back-end platform running on Amazon infrastructure with web interfaces for operators and broadcasters.

The set-top box is a hybrid broadcast and broadband device, based on an ARM processor with DVB-T2 tuners and an optional hard disk. It can access IPTV and VOD services over the internet and also supports media stored on a local network or directly attached to the box. The remote control has a keyboard on the back and also supports pointer and gesture control, with both radiofrequency and infrared operation. An app on a smartphone or tablet can also be sued to control the television experience.

It is aimed at existing and potential service providers and consumer electronics companies looking for an integrated solution that works with tablets and smartphones.

Designed to provide a consistent viewing experience across different screens, Comigo Smart TV allows users to stream from one device to another, or use a handheld device to remotely control the set-top box, set recordings, or interact with other users and share recommendations. 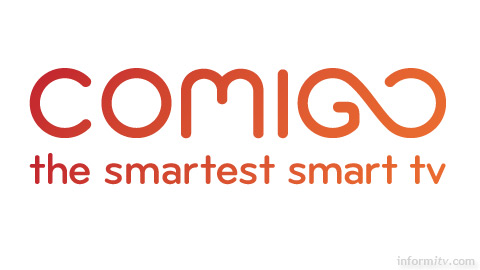 Comigo was founded by Dov Moran, a pioneer of the USB flash drive. His company msystems, which was acquired in 2006 by SanDisk for $1.5 billion in shares.

He told informitv that the original plan was to enable smartphones to connect to the television screen, but in the end they had to develop an entire platform. Using the system he says “the whole experience is very different, a totally new experience.”

“We have tested every existing box and smart television in the market and I fully believe that we have the most advanced device,” he said. “We believe that an operator using this platform can provide the user with many new services.” 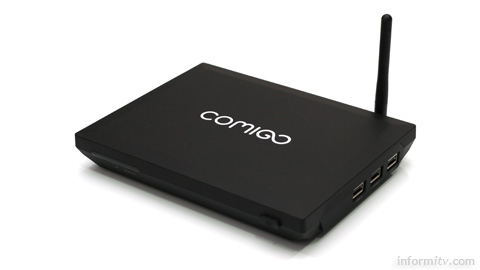 It is aimed not only at established operators but also at new entrants. “It is very, very clear that this market is changing,” he told informitv. “We see many new operators delivering services over the internet. They could be mobile operators or they could be retail chains.”

The market for set-top boxes and media player devices is already very crowded, but there are still many opportunities for disruption, as Dov Moran observed. “Look at how Apple came to the market of mobile phones and the amazing success they have had in this very crowded market.”

The Comigo Smart TV platform is being launched at the IP&TV World Forum in London. It will go into beta trial in Israel in April.