Anthony Rose, who was previously responsible for the launch of iPlayer at the BBC, is now the chief technology officer for Project Canvas, the proposed joint venture between British public service broadcasters and network providers. At the Shaping the Future of TV event in London organised by Intel, he gave an insight into his vision for the Canvas platform that could be launched some time in 2011 as YouView. He said: “There is a space between the closed video on-demand platform model and the fully open internet model that actually gives the best consumer experience.”

“You know the future of television,” he said. “You see all these devices and they have 40,000 titles and so on. Actually as a consumer more choice often means more frustration.” 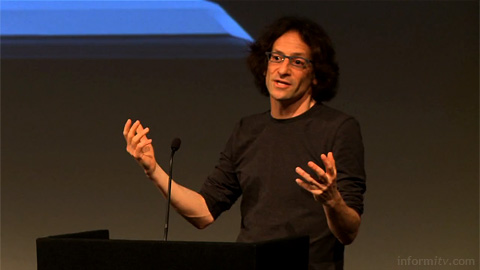 At home Anthony Rose has at least eight different devices with the BBC iPlayer connected to his big screen television but actually ends up “flipping through TV channels mindlessly”. With iPlayer, like all video on demand services, “you’re left with having to flip through things to choose,” he observed.

“On the other hand, TV just works. So why don’t we have video on demand propositions that know the things you like. You flip it on and it plays channel You.”

It is a rhetorical question to which the answer is perhaps because we do not know what we like until we see it. The same might be said for Canvas, which continues to elude definition. So how does Anthony Rose see Canvas?

As one might expect from a technologist, that is a technical description, rather than a compelling consumer proposition. The description of Canvas as an open platform might also surprise some, who have been critical that the partners in the project are determined to control the user interface.

Perhaps the chief technology officer for Canvas will ensure that the platform is more open. The BBC will now be obliged to publish the specification on its web site. As he said: “If you create a closed platform only you can provide the innovation, if you make it open, people will come up with things you never imagined.”

He said that many new internet television devices deny the existence of linear television. “Canvas actually leverages linear,” he said. “When you’re watching a programme on a linear channel you’ll be able to get recommendations on demand.”

He also said that Canvas will use IP multicast to enable cost-effective delivery of linear television channels over broadband. “It will drive the industry to finally embrace multicast,” he said. “Canvas, and the ISPs behind Canvas, will help enable multicast which is a win for everyone.”

So far, the BT network has not been able to deliver multicast video, which is one of the reasons that the BT Vision service has been limited to digital terrestrial television transmissions for its linear channels.

Anthony Rose described “a very cool architecture,” essentially based on application programming interfaces. He said box manufacturers and system on chip partners like Intel will produce hardware specific code that meets the defined API and the Canvas team will build the user interface and virtual machine instances that sit above.

“In this way, you get the best of both worlds. You get a proliferation of different devices, but a single set of code in virtual machines can run across all of them. That means in three or five years time, when the CPU is ten times the power that it is today, and someone still has an older box, you can have a single set of code that runs across all of them. Device manufacturers and CPU manufacturers can all innovate and create crazy new propositions we can’t even think of, while we create a better and better user proposition, user interface, graphics system that works across all of them.”

The idea of such middleware is as old as interactive television but to date a proliferation of standards have not necessarily succeeded in such goals. The real question for the Project Canvas team will be whether they can create a sufficiently powerful but generic application programming interface that will be sufficiently attractive to manufacturers and developers in the face of competition from companies like Apple and Google.

For Anthony Rose, the difference is that “Canvas embraces linear, it’s open, it’s forward looking, hopefully best of breed, and hopefully that sweet spot between proprietary and the open internet.”