The BBC has commissioned a web site to promote Project Canvas, its proposed joint venture partnership with ITV, Five and BT to promote a new platform for broadband connected television. The new approach hints at signs of greater openness in the project, which is lobbying for approval from the BBC Trust. It is now proposed that the joint venture will not be controlled by public service broadcasters and all partners will have an equal share in the business. There is also a commitment to publish the technical specifications.

The public service corporation has commissioned the standalone web site on behalf of the partners of the proposed project and says the views expressed are those of the partnership, not the BBC. 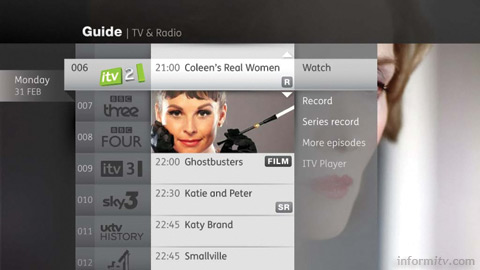 In seeking approval from its own governing trust, the BBC has made a number of key concessions since project Canvas was first floated.

The trust has yet to pronounce on the project, having previously expressed reservations following an industry consultation which prompted strong opposition from pay-television operators and concern from many consumer electronics companies. In the event that the trust approves the project it still could face further regulatory or even legal challenges.

Given that there are already marketing companies to promote Freeview and Freesat, some industry observers doubt that the trust can justify the creation of a new joint venture, at an estimated cost of £115 million over four years, particularly in view of its recent decision to curtail the commercial activities of its commercial subsidiary, BBC Worldwide.

“The BBC’s involvement in the project is of course still subject to approval by the BBC Trust,” notes Richard Halton, the director of project Canvas. “Pending approval, what’s largely a project on paper will take bigger steps towards becoming something real.” He continues: “To that end, we intend to make technical specifications and SDKs for developers available on the Canvas site, as and when we’ve written them.”

As with Freeview and Freesat, the intention is to create a consumer brand, not canvas, and licence this to device manufacturers and internet service providers who meet the specifications. The project states that it will not own the underlying specification for hardware but is silent on software standards or application programming interfaces.

The web site attempts to justify the motivation and rationale for project Canvas. “There is no current agreed industry standard for internet-connected TV devices,” it argues.

The current free to air television platforms Freeview and Freesat “have been unable to evolve and keep up with technical innovation in the consumer electronics industry”. Further, “internet services need to have a commercial relationship with the TV platform to obtain a route to the shared screen”.

“Central to the project is a common, consistent user interface that seamlessly links broadcast content to broadband”. This user interface would be owned and licensed to device manufacturers by the proposed canvas venture.

Ironically, the market for network connected television devices appears to be burgeoning, based on existing standards. Critics of canvas, and there are many, suggest there is no evidence of market failure.

There are already hybrid Freeview receivers that combine terrestrial broadcast and broadband services, including the BT Vision service from BT, and some Freesat satellite receivers will shortly have access to services like the BBC iPlayer through a broadband connection.

While there could be a benefit in the BBC contributing to the creation of open interoperable standards, if anything the Canvas initiative has so far served to delay such a development.

When the initiative was first mooted in October 2008, it was hoped that products would be in the shops by this Christmas. As it stands, standards have yet to be determined and in the event that it proceeds it seems increasingly unlikely that compatible products could be in the market by next Christmas, by which time a new generation of Freeview and Freesat receivers will already be available.