On the first anniversary of its launch, the Microsoft Xbox will become the first gaming console to provide high-definition television shows and movies. Microsoft has announced agreements with major broadcasters and movie studios to deliver programmes as downloads to own and movies to rent through the Xbox Live network.

Over 1,000 hours of television programmes will be available at launch. For the first time, CBS will provide high-definition download-to-own television shows including CSI and remastered Star Trek episodes.

“CBS is very pleased to be the first broadcast network to provide programmes for the Xbox 360 game console, which marks a new and innovative way to distribute and monetize CBS’s world-class content in the digital space,” said Nancy Tellem, president of the CBS Paramount Network Television Entertainment Group. She added that the platform “offers great potential to recruit new and younger viewers to our network programming and creates added opportunities for our existing viewers to remain engaged with their favourite programme.” 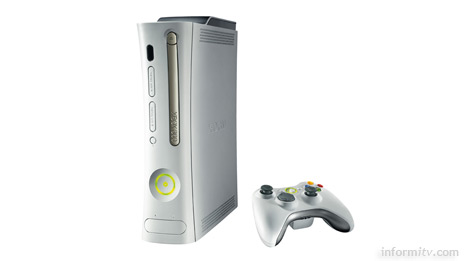 Selected movies from Paramount Pictures and Warner Bros will be available in high-definition format to download on a rental basis. Users will have a fourteen day window in which to watch the material and once started will be able to view it for up to 24 hours.

“Warner Bros. has been aggressively pursuing a strategy of getting our content to consumers when and where they want it,” said Simon Kenny, president of Warner Bros. Digital Distribution. “This is a fantastic opportunity to reach the gaming world with our rich menu of content including next-generation formats.”

The video will be encoded in 720p 6.8Mbps VC-1 format with 5.1 surround sound. Users will be able to begin playback while material downloads, but high-definition material may take some time to download, depending on connection speed. The downloads will be available from 22 November 2006 from the Xbox Live online Marketplace.

Users will require an Xbox fitted with a hard drive, although the standard 20MB capacity is limited to storing only a couple of movies. At the same time Microsoft is due to make a separate HD DVD player available for Xbox.

The Microsoft announcement anticipates the launch of the Sony PlayStation 3 which will have a Blu Ray high-definition disc player as standard.

Apple has also announced the forthcoming launch of a video product currently known as iTV, although it is not clear whether this will support high-definition.

The programming line-up announced by Microsoft is relatively limited, but the availability of such products is likely to increase the distribution of programming over the open internet. Games consoles sell in their millions. Microsoft sold more than six million Xbox units in its first year and expects to reach 10 million by the end of 2006.