The annual MIPTV television programme market and associated conference was dominated by discussion of new forms of distribution, from mobile networks to internet protocol television, to the extent that it might have been called the Mobile and IPTV conference.

The annual MIPTV television programme market and associated conference was dominated by discussion of new forms of distribution, from mobile networks to internet protocol television, to the extent that it might have been called the Mobile and IPTV conference. 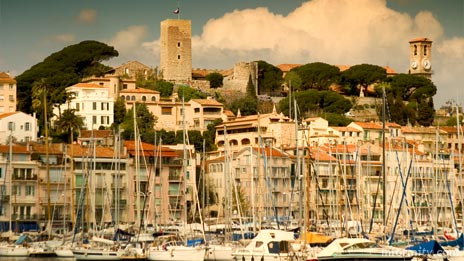 Coming to Cannes on the French Riviera is an annual ritual for many television executives. The vast majority of the exhibition space is devoted to stands for distributors looking to do deals. The mobile or interactive television exhibits are typically low-budget stands that are more about technology than creativity, and provide little to suggest the profound changes that are transforming the distribution of programming. 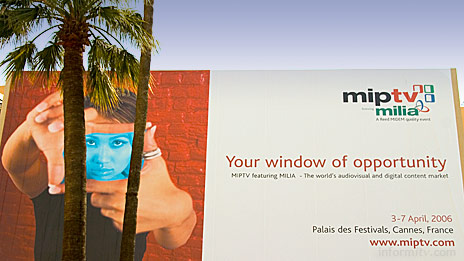 In the last year the change in attitude towards the internet in particular has been profound, with executives now eager to embrace new models of distribution. While the revenues are currently less significant, new platforms represent future models of programme delivery.

With the five-day MILIA conference now fully integrated with the programme market, the packed sessions suggested a strong interest in both mobile and broadband as significant new outlets for distributors as well as unease about this multiplatform opportunity.

Erik Huggers, responsible for Windows Media at Microsoft, a company that is becoming increasingly important in the media world, provided a keynote outlining how digital media technologies can create new business opportunities. This included an amusing video vox pop that indicated that consumers do not really care about the underlying technology. The Microsoft promise is that digital rights management will allow programming to flow freely through different channels and across platforms.

Jonathan Miller, the chief executive of AOL, which has now changed its name from the more parochial America Online, suggested that the internet has emerged as a mass entertainment medium unlike any other.

He spoke of the collision of television and the internet, saying that “the industry is in the middle of a truly massive change” and predicting that video-on-demand would become the dominant form of programming in the future, while search will be one of the main ways of accessing material. He described AOL, Yahoo and Google as the new networks of the future.

Noting the phenomenal growth of online site YouTube, where user-generated material sits alongside copyright programming, he warned distributors: “you’ll see all the programmes you think you own on that site today”.

While these are currently short clips of often poor quality, he demonstrated the possibility of high quality video, downloaded legitimately using peer-to-peer distribution from the new AOL In2TV site.

Mark Burnett, producer of hit shows like Survivor and Apprentice, is teaming up with AOL to promote a new treasure hunt format, Goldrush. He seemed to surprise some in the audience by observing that the reality of television was that it was driven by the demands of advertisers. “In the end, guys like me work for the advertisers,” he said, and warned of problems ahead with the growth of personal video recorders.

Referring to the current ways in which audiences are measured, Mark Burnett said advertisers “don’t want nonsense stories of how many people might be watching. Those days are going to end.”

Michael Jackson, a former channel controller at the BBC and chief executive of Channel Four, now president of programming at IAC/InteractiveCorp spoke of new opportunities presented by the convergence of television and the internet.

The director of BBC new media and technology, Ashley Highfield, provided an insight into their trial of an online integrated media player. This appeared to demonstrate a real appetite for downloading programmes over broadband, complementing broadcast delivery. He dismissed issues of network bandwidth, saying: “If we create content that drives demand, surely we’re in a win-win scenario”.

Elsewhere, Alex Taylor, of upstart start-up Greengrass in the UK said that the internet did not just represent a distribution platform, but a new way of doing business. “The internet will replace existing broadcast networks,” he predicted. “It’s really just a matter of time.”

Blake Krikorian provided a live demonstration of his Slingbox product that allows ‘placeshifting’ of programmes, allowing access to television at home from anywhere in the world. Viewing the output of his own TiVo and DIRECTV boxes at home, the co-founder of Sling Media suggested that unlike many applications that are being driven by the industry, this reflects a real consumer demand, and he said he was “respectful of rights holders” and appeared undeterred by possible legal ramifications.

Jeremy Allaire of Brightcove, formerly of Macromedia, outlined his vision for aggregating and syndicating programming across affiliated web sites using the open internet, addressing a global market of half a billion broadband connected computers, making it economically viable to support self-sustaining micromarkets with niche material.

Much of the focus was on the impact that the open internet will have on the business of television, but telecom operators are now among those looking to do programming deals as they seek to embrace the entertainment world and establish their own networks and video services.

Dan Marks, the chief executive of television services at BT TV, will launch their BT Vision broadband video offering later in the year, probably in competition with France Telecom in the form of Orange, and no doubt a number of other prospective providers.

Mobile
Mobile television was a significant focus, although there appears to be little consensus as to what this actually means. In what was amusingly described as “a room 101 introduction to mobile TV,” much of the debate centred on technology, standards and spectrum issues.

The trials of DVB-H in Europe have suggested some consumer interest but have yet to present a compelling business case, while in Korea a number of services have launched as a result of significant investment in the DMB standard based on the DAB system for digital audio broadcasting. Meanwhile, Qualcomm is preparing to launch a national service in the United States using its MediaFLO system.

Operators appear optimistic about revenue opportunities, but it remains unclear whether consumers want portable broadcast television or on-demand programming, or a combination of both. Until recently, the conventional wisdom was that specially created made-for-mobile material worked best, but trials suggest that they people just want to watch television, and they may even be prepared to pay for the privilege. In general they appear to watch for around twenty minutes a day, but a surprising amount of this viewing was actually in the home.

While mobile operators may have a billing platform and customer relationships, so do satellite and cable providers, although in most cases these are at the household level, rather with individuals. Collaboration between network operators and broadcasters appears to be critical to establishing a successful business model.

Nokia, a keen proponent of the DVB-H broadcast standard for mobile television, also pointed out the importance of downloading material for later consumption, which it refers to as the ‘media charger’ model.

Content 360
A series of Content 360 cross-platform content commissioning sessions presented pitches for new formats to address mobile platforms and new ways of navigating programmes. This culminated in awarding commissions at an event that was notable mainly for its amateur dramatic staging.

In contrast, the first International Interactive Emmy awards event was a slick occasion with a touch of Hollywood glamour, although it failed to reflect any real level of innovation in interactive television over the past five years.

Just as physical stock markets were replaced by electronic trading exchanges, the buying and selling of programmes could eventually be brokered by online distribution and downloads, enabling channels, and ultimately consumers, to select programmes directly from a vast global marketplace.