The International Academy of Television Arts and Sciences announced the winners of the first International Interactive Emmy Awards at MIPTV in Cannes in the south of France. The UK, France and South Korea were recognised in the inaugural awards.

The International Academy of Television Arts and Sciences announced the winners of the first International Interactive Emmy Awards at MIPTV in Cannes in the south of France. The UK, France and South Korea were recognised in the inaugural awards.

The black tie event in Cannes — the first ever Emmy Awards ceremony held outside the United States — was a distinguished occasion, hosted with classic Hollywood glamour and glitz, and introduced by actor Roger Bart from Desperate Housewives. 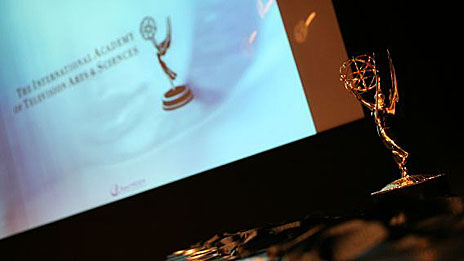 Although there have been numerous industry awards in the past, some of which have been somewhat amateur affairs, the first International Interactive Emmy awards suggested that interactive TV has finally achieved prime time recognition, at least from an American perspective.

“We are proud to be at the forefront of the television industry with these three new International Interactive Emmy Awards,” said Bruce Paisner, president of the Academy. He said he looked forward to establishing the awards as the premier platform for the interactive television community to celebrate their achievements.

Although the UK led the field in nominations, with the BBC, Sky and Video Networks all recognised, the awards judiciously reflected achievements internationally.

Pioneer prize
The Pioneer Prize was presented to Jonathan Miller, chairman and chief executive of AOL, formerly America Online, for his contributions to the field of interactive television. The award was presented by Mark Burnett, producer of hit reality shows such as The Apprentice, who is launching a new programme in association with AOL, which recently achieved recognition for its streaming of the Live 8 concerts, seen as a turning point when the internet triumphed over conventional network television coverage in America.

Interactive service
The nominations for best interactive television service were for Hello D, Homechoice, Sky News Active and Sky Vegas Live. The award went to Hello D, from CJ CableNet in South Korea, the world’s first digital cable service to pioneer the OCAP OpenCable Applications Platform, developed in the United States out of the European MHP project. Hello D offers over 100 different channels, together with audio, pay-per-view and video-on-demand.

Interactive channel
The interactive channel nominations went to Quiz Nation from Optimistic Entertainment, Scamp and V:MX from Video Networks in the UK, and Traumpartner TV or dream partner, an interactive dating channel in Germany. Roger Lynch of Video Networks collected the award on behalf of Scamp, a dedicated interactive on-demand channel for kids that runs on the HomeChoice IPTV service, currently available in the London area. 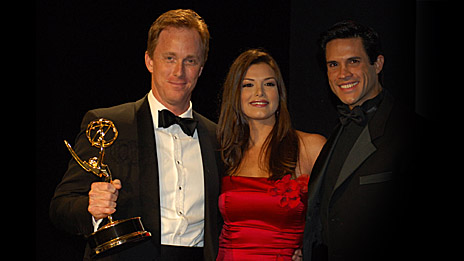 Interactive programme
The nominations for interactive programme were for BBC Election 2005, and How to sleep better from the BBC, Cult from France, and Reallife.log from Denmark. The award was presented to Cult, produced by Streampower for France 5, a daily interactive one-hour live television show dedicated to urban culture, using interactivity to support multiculturalism.

BSkyB and the BBC, both arguably world leaders in interactive television, failed to receive an award, despite multiple nominations. This may serve to encourage them to continue to innovate, as well as providing encouragement to others to compete.

The first International Interactive Emmys was organised by the International Academy of Television Arts and Sciences, in partnership with Reed MIDEM, as part of the MIPTV convention in Cannes, and informitv attended as a guest of OpenTV.