UK broadcaster Channel 4 is to pull the plug on its ‘red button’ interactive television programming to concentrate on broadband and mobile services.

“Our view is that red button technology is a clunky and inefficient use of capacity,” Channel 4 chief executive Andy Duncan said at the Oxford Media Convention. 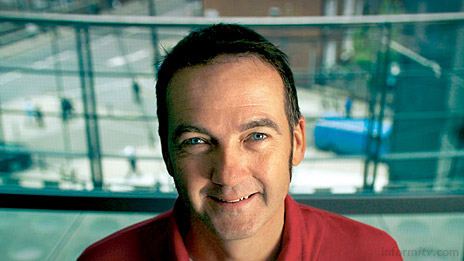 “It’s not much loved or used by audiences, it’s too expensive, and it has been rather overtaken by the opportunities offered by the internet and broadband. The red button service does not help Channel 4 fulfil its public service remit and it doesn’t offer a way to make money. We are the first broadcaster to recognise it’s the emperor’s new clothes and label it for what it is.”

Channel 4 will continue to offer interactive advertising, but says interactive television is not a priority and the company will focus instead on other areas. It will concentrate on knitting broadband and mobile into the fabric of its output.

The commercial public service channel has had a patchy commitment to interactive television. The most popular use was in support of the reality television programme Big Brother. However, producers have found it easier to monetise mobile phone and premium rate telephony services.

The broadcaster has since opted to use its bandwidth to launch additional commercial channels Film Four, E4 and More 4, which extend the brand and reach, bringing in direct revenue. The company, which spent over half a billion pounds on programming last year, has earmarked £12 million to invest in tailor-made new media content. Channel 4 also looking to expand into digital radio as part of a bid for a new national digital radio multiplex.

Andy Duncan joined Channel 4 in July 2004 from the BBC, where he was responsible for marketing and communications, bringing modern disciplines to promoting programmes and services, having previously marketed margarine and tea at the food giant Unilever.

As the first chairman of the Freeview digital terrestrial television consortium he supported the decision not to include a return channel in set-top boxes, creating a simple consumer proposition, but limiting the opportunities for interactive services.

The BBC has continued to invest significantly in interactive television, notably providing viewers with additional coverage of major sporting events, such as Wimbledon, the World Cup and the Olympics.

Delivering the keynote speech at the Oxford Media Convention, the Channel 4 chief executive was more positive about the prospects for broadband, saying “I believe the internet will become the next dominant medium and overtake traditional TV”.

However, he was dismissive of high-definition television, saying “It’s far from clear to me that HDTV is actually something that will become a universally available thing.” He told delegates: “I don’t think that there’s a prospect of it ever getting to all homes. It’s really hard to see that by even 2020 HDTV is going to be in the majority of UK homes.”