A tiny TV Stick device, small enough to carry on a keyring, can add analogue or digital television reception to laptop or desktop computers.

The device plugs into a free USB 2.0 port and is powered by the computer. It can be connected to an aerial to receive either analogue or digital terrestrial television channels. Programmes can also be recorded to hard disk for later playback and can even be stored on DVD. 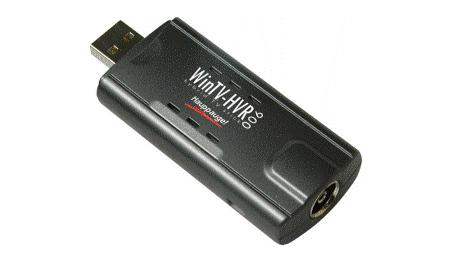 “The HVR-900 is perfect for TV on the move,” said Yehia Oweiss, of Hauppauge Digital. “You could have the HVR-900 plugged into your desktop PC at home, then simply unplug it and take it with you and your laptop wherever. The supplied high-gain aerial gives excellent picture quality in all but weak signal areas, making it the perfect travelling companion all over Europe.”

Priced at under £75, the product requires Windows XP and a free USB 2.0 socket – and in the UK it also needs a television licence.

Digital television signals are currently transmitted at comparatively low power in the UK, but reception will improve as digital switchover is completed between 2008 and 2012.

At relatively low cost, digital television tuners could easily be added to laptop computers as a standard feature.

Hauppauge has also released a range of products designed for Microsoft Windows XP Media Center edition in desktop computers. These include a PCI card that can convert a PC into a satellite television receiver.

The £60 card enables users to watch free-to-air satellite television, including BBC television and radio channels, in a Windows XP PC. ITV channels are expected to become available in the future when the Freesat service launches.

Programme listings can currently be obtained by the internet, but Hauppauge says that a future Freesat electronic programme guide may be supported through a software update.