The interactive enhancement for the BBC drama series Spooks has received a famous yellow pencil designation in the first year that interactive television has been included in the prestigious D&AD awards for creative excellence. The design equivalent of an Oscar, the yellow pencil is a mark of excellence awarded by the D&AD, a non-profit organisation that represents the international design, advertising and creative communities.

The awards ceremony held at Old Billingsgate, the former London fish market, is the highlight of the design and advertising industry calendar, attended by over 1,800 creative professionals.

For the first time the awards included a category for interactive television, with nominations for Enhanced Television, Interactive Services and Interactive Advertising. The D&AD observed that “with a distinct shift in iTV to a focus on creative approach and execution, this category is definitely one to watch”. 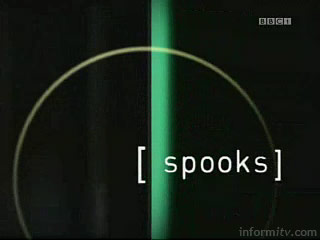 The interactive application effectively addressed the difficulty of applying interactivity to a drama series. Following each episode, the interactive experience offered viewers the ability to take part in spy training and undercover missions. Video stream switching was employed to provide different outcomes depending on user input. 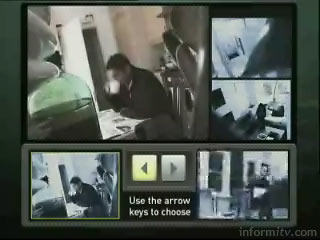 The interactive TV game was designed in-house by BBC New Media under the creative direction of Vibeke Hansen for BBC Interactive Drama and Entertainment.

Instead, the channel hopper ad, claimed to be the first commercial to run across two traditional television channels, simulating the sophisticated stream switching of Spooks interactive with a simple remote control. 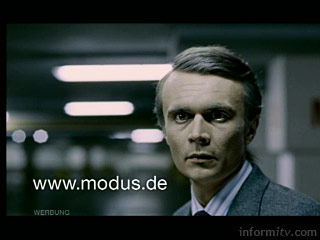 For the launch of the Renault Modus, two slightly different versions of a two minute film were broadcast on adjacently numbered channels SAT.1 and ProSieben in Germany. In one the narrative was happy and colourful and in the other it was sad and grey. 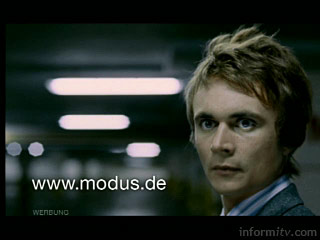 The advertising agency was Nordpol Hamburg Agentur fuer Kommunikation for Renault Germany. Lars Rühmann was the creative director and the director was Marc Malze.

The latest Honda advert for its diesel engine received two much coverted gold awards, black pencils. The Wieden + Kennedy campaign featured 60s-style animation and the catchy chorus “Hate something, change something, make something better” sung by Garrison Keillor. It achieved the rare distinction of two gold awards, but the interactive execution was not separately nominated.

Ironically, the interactive awards were sponsored by Sky, which has been keen to promote greater creativity in interactive advertising.

The D&ampAD awards ceremony coincided with the second annual Interactive Television Advertising Show in London, where there was a consensus among industry experts that technical challenges were no excuse for any lack of creativity in interactive television advertising.

Simon told informitv that it was a great achievement for interactive television to be recognised by the D&AD, which represents the cream of the world’s traditional creative industry. He said the fact that unlike certain trade awards, the D&AD had a rigorous judging process, which gave them a particular credibility and desirability among designers.

In some ways, the fact that the creative peer group failed to award in the interactive services category, and recognised the merits of a traditional television approach in the interactive advertising section, demonstrates the true value of the awards, while suggesting that the industry still has some way to go, further raising the bar for future projects.