Irish developers DigiSoft have been selected by Pf2 Software based in Naples to develop new interactive television services for local government on digital terrestrial television in Italy.

The two companies will cooperate to develop applications to support government, learning and advertising on interactive television. 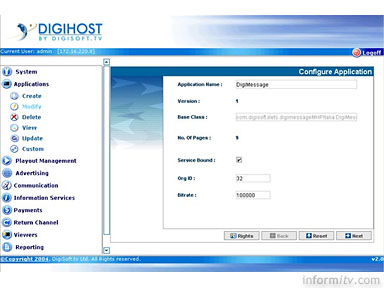 Pf2 Software will use the DigiHost software at the core of their iTV platform to enable them to aggregate content from the web servers of over 450 local government Comunes and play out the content in MHP applications through local broadcasters.

It is said to be the first open standard interactive television deployment of its kind in the world.