The government proposes to renew the BBC’s royal charter and maintain the television licence fee for a further decade, subject to a review of future funding, but recommends replacing the BBC governors with a separate trust.

Effectively maintaining the status quo will provide stability during digital switchover, but critics argue that it does not go far enough to reflect the revolution in digital broadcasting.

The government report follows a period of unprecedented public consultation. The transformation that is taking place in broadcasting as a result of digital broadcasting is central to the debate, and the BBC is formally offered a new role in building digital Britain. 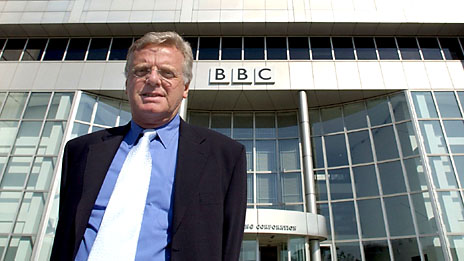 In the foreword to the green paper on the Review of the BBC’s Royal Charter, Tessa Jowell, the culture secretary observes that “digital development lends a new interactive element that is changing the viewing or listening experience” and that “People with personal video recorders spend nearly half their viewing time watching pre-recorded programmes.” She adds that “In future the internet, which already provides access to a wealth of information and services, will allow direct access to an increasing range of audiovisual content. In that world, viewers will be able to piece together their own schedules from a vast online archive.”

Presenting the paper to the Commons, the secretary of state said the review was unique in tackling perhaps the greatest challenge the BBC has ever faced, saying “the changes in TV technology will soon result in a wholly digital Britain”.

In proposing to extend the BBC Charter for a further decade, the culture secretary notes that the public and the wider industry need stability during the period of switchover to digital television and that the BBC should take a major role in assisting the whole country to move into a fully digital environment.

The report argues that there is “no viable alternative to the licence fee” but proposes a review towards the end of the digital switchover period on future funding.

However, after more than 70 years it is proposed that the BBC Governors be replaced by a more transparent BBC trust, with a separate formally constituted executive board accountable to the trust for the delivery of services.

The BBC’s mission to “inform, educate and entertain” will also be sharpened, with greater definition of its public service remit and its role in building digital Britain.

“Digital technology is transforming broadcasting. There are hundreds more channels and many new ways to watch and listen to programmes,” the report notes. “Already viewers and listeners are putting together their own viewing and listening schedules and that trend will increase with the further development of online services and more sophisticated recording devices.”

Building digital Britain
The report notes that “Digital technologies are revolutionising the way programmes are delivered and the way audiences watch and listen to them. We want to extend the benefits of this digital revolution to all UK households.”

The report continues: “This convergence of technologies, and the development of on demand broadband networks, may signal the end of broadcasting as we know it, allowing people to watch and listen to whatever they want whenever they want to.” It warns that “The BBC must not become a relic of the analogue age. It must help to shape the digital future.”

According to public consultations conducted prior to the publication, “research suggests that people value the changes the BBC has made to introduce new channels and interactive services. There is a widespread belief that the BBC should be at the forefront of developments in digital broadcasting.”

Building digital Britain, the proposal notes, “may also involve developing new interactive and web based services, as demand grows for new media, such as broadband.”

The department welcomes the decision taken by the BBC to ensure all its services are available free to view on satellite, adding “We would also like to see the BBC continue to promote the development of a free digital satellite service. We are also keen to see the BBC extend the availability of its services on alternative platforms and ‘on demand’.”

The report observes that if a large number of people are downloading audiovisual content from the internet, and watching it on their computers or mobile phones, rather than using traditional TV and radio services, “it may be difficult to collect and enforce a licence fee based on television ownership.” In which case, different funding models may have to be considered, “for example, either a compulsory levy on all households or even on ownership of PCs as well as TVs.”

Regarding future new media developments, such as the proposed Interactive Media Player, the report says that any such moves were subject to full tests of their potential market impact, “to weigh their potential value to users against any risk that the BBC might prevent other companies from exploiting the new opportunities that technology offers,” adding that “the BBC should work to enhance and open up new markets, not close them down.”

The report also gives a cautious welcomes to the proposal from Ofcom for a separate public service publisher to complement the BBC as a public service broadcaster.

BBC response
The BBC formally welcomed the proposal. BBC chairman Michael Grade said “It is regrettable that our own reforms have not had time to prove themselves.” Director general Mark Thompson said that the assurance that “the BBC will be a guaranteed fixture of any future landscape is good news for the industry and our audiences.” Quietly, the BBC is sighing with relief.

Industry reaction
The proposals will be seen as something of a success for the BBC, which has announced a series of internal reforms to demonstrate that it is shaping up its act.

In many ways, the green paper maintains the status quo and postpones the real debate on the future funding of the BBC.

The opposition dismissed the blueprint as largely cosmetic and accused the government of being content simply to tinker at the edges while essentially allowing the BBC to continue business as usual.

Shadow culture secretary John Whittingdale said that the direction set was the right one but “in almost every case it does not go far enough”. He said that “almost every single independent commentator had recommended the establishment of an external regulator separate from the BBC”.

That was also the conclusion of Lord Burns, who recommended that sustaining the television licence would become increasingly difficult.

Emily Bell comments in the Guardian that “There is still a very contentious debate to be had about how the BBC can carry on levying a tax which is tied to the ownership of a television set when, in fact, its services can and will be disseminated through any number of devices, making possession of a TV no indicator of use of the BBC or vice versa.”

Further consultation will now follow, with a white paper expected later in the year.