Christmas is traditionally a time of large television audiences, although they have been getting smaller in recent years. In a notable exception, the BBC gained its biggest Christmas Day audience for a decade, thanks to those watching later online. The television coverage of the fireworks in the first few minutes of 2020 also attracted one of the largest audiences over the festive holiday period in the United Kingdom. That tells us a lot about the medium of television, despite the challenges of reproducing such an experience.

The return of Gavin and Stacey topped the ratings with an audience of 11.6 million on the evening of Christmas Day, almost half the available television audience, with a consolidated seven-day audience of 17.92 million, of which 17.07 million watched on a television set.

It was the largest Christmas Day audience for a non-sport programme since the final of Britain’s Got Talent on ITV in 2009, which was viewed by 18.3 million.

It shows that traditional television can still attract a mass audience, even if an increasing number of people are watching online after the event. One in four people in the United Kingdom will have watched Gavin and Stacey within seven days. 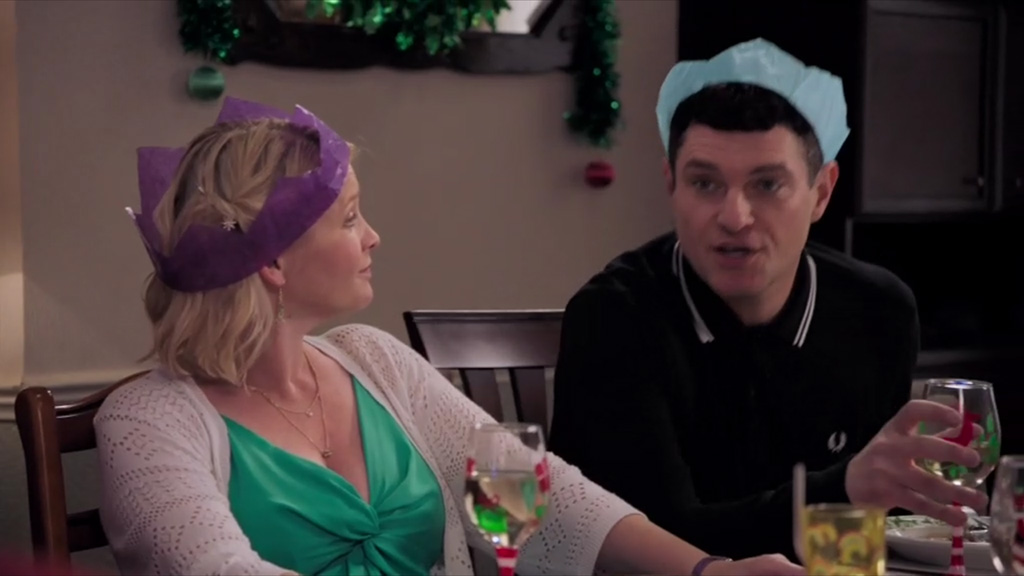 Love it or hate it, the show had the televisual soap opera aesthetic of social realism, far removed from the filmic qualities displayed by the best of Netflix.

The fireworks to welcome in the new year have also become something of a festive tradition.

An average audience of 12.39 million watched the New Year’s Eve Fireworks one BBC One at the start of 2019, making it one of the largest television audiences of the year.

Figures for coverage of the fireworks at the start of 2020 have yet to be released but it is likely to remain one of the largest audiences of the year, although the Olympics and Euro 2020 football could amass big numbers.

So why do so many people watch the fireworks? It is probably not that people are particularly interested in fireworks, although they can be very pretty and entertaining. It seems unlikely that it is because of the sound, if the muddy mix of music and explosions is anything to go by. It is not because they want to know the end of the story, because there is none, although there is always an element of unpredictability.

It is not so much about content as context. Quite simply it is down to a human need for social connection and availability to view. Television has a unique capability to bring people together in a shared experience. For those with nothing better to do, at a time when people particularly want to feel connected, watching fireworks on television provides a public service, a secular mass celebration of the end of one year and the start of the next.

The irony is that while viewers may be waiting for the bongs of Big Ben to welcome in the new year, the sound arrives at their screens some seconds later due to the delays of digital compression. In the analogue world, the sound signals would be transmitted virtually at the speed of light, arriving in the home before they would be heard by the revellers by the side of the River Thames below. In the digital domain, a clock on screen may be inaccurate by several seconds, which is why we no longer see a clock with a second hand before the news. 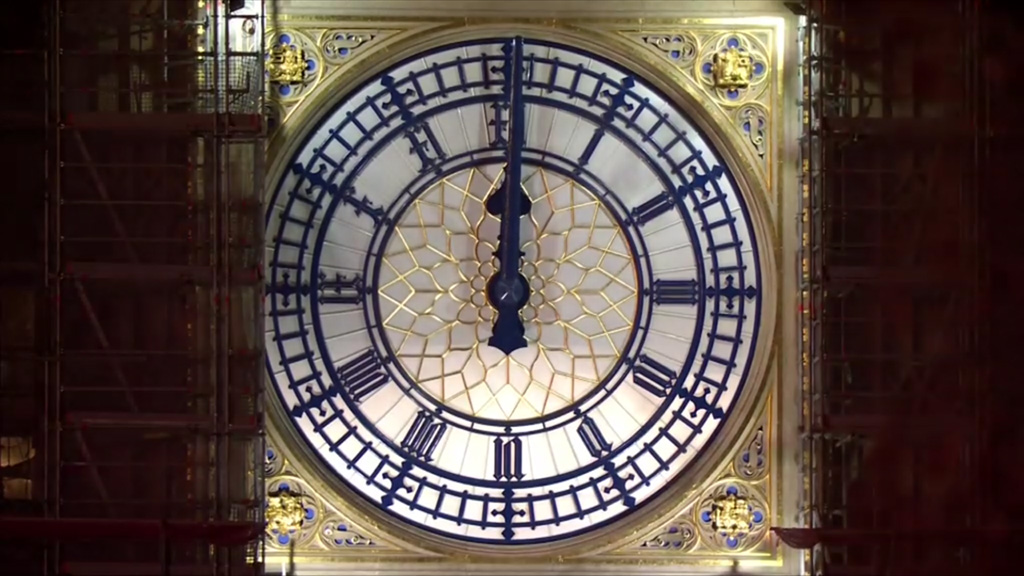 Ironically, television is particularly unsuited to reproducing the spectacular sight and sound of these explosive displays.

Balancing the brightness of the fireworks with the surrounding scene is technically challenging and the highlights inevitably burn out. It is also difficult to reproduce the intense colours of the pyrotechnic compounds with the restricted palette available on most television transmissions. They end up looking like Jackson Pollock’s.

The sound of the aerial explosions translates into pathetic pops on most televisions, while the background music and crowd atmosphere rarely recreate the impression of actually being there. 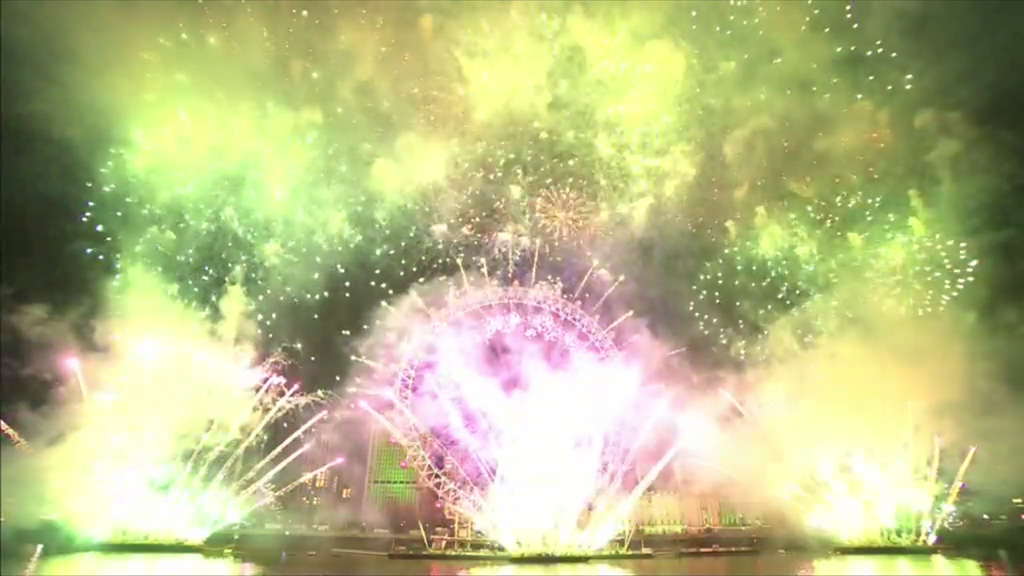 The problem is the immense dynamic range in both the visual and aural domains, which must be massively compressed to be transmitted to and reproduced in the home.

The relatively low frame rates of television, combined with interlaced pictures, struggle to capture the rapid explosions of fireworks, resulting in smeared streaks rather than scintillating sparks.

Digital compression, which relies on tracking changes between frames, further struggles to reproduce the motion of these particle systems as they arc through the sky.

Then decoding and display systems, designed to conceal compression artefacts, interpolate motion between frames and scale images up to the resolution of modern displays, further add to the fuzziness.

Engineers have come up with clever ways to extend the dynamic range of video and audio, but this raises another important issue. Do viewers actually want the blinding brightness and deafening loudness of fireworks actually represented in their living rooms at midnight? Aside from the health hazard it could upset the neighbours, sleeping children and pets.

The aesthetic objective is not to reproduce the actual luminosity and wavelengths of burning metals or the concussive acoustic effect of explosions. It is to represent the feeling of being there. So long as that is sufficiently satisfied, the viewers will still be reasonably happy, but they may not be delighted as much as they could be.

Matching the dynamic range of the real world is unnecessary and unachievable. The value of high dynamic range is to represent, rather than recreate, both shadow detail and highlights.

The BBC has previously made test shoots of the New Year’s Eve fireworks in ultra-high-definition with high dynamic range. It makes excellent test material.

Yet the BBC broadcasts are still only available in 8-bit interlaced high-definition with standard dynamic range and a limited colour gamut.

So even if you have the latest and greatest 4K ultra-high-definition television, the best you can hope to see on one of the most popular broadcasts of the year will still be far poorer than you might expect from the capabilities of the screen.

The large audiences may suggest that does not matter to many, who may only be half watching with a drink in their hand.

Television is after all about creating a shared experience. But broadcasters should beware of the incredible quality that online services can now deliver, providing a significantly enhanced viewing experience.