Media companies may need to accelerate contingency plans for a ‘no deal’ departure of the United Kingdom from the European Union. The Media Summits Brexit Strategy event, held on the day the European Union (Withdrawal) Bill received Royal Assent and became law, explored the implications for the creative industries and in particular for media companies licensed in the United Kingdom but serving the rest of Europe.

Two years after the referendum in the United Kingdom on membership of the European Union and just over nine months until the deadline for leaving, the picture appears to be no clearer, but with the clock ticking the implications for some media companies are pressing.

The Brexit Strategy discussion and networking event, produced by informitv, brought together different perspectives on what Brexit means for broadcasters and the wider creative sector, which has been largely overlooked in the discussions about international trade.

Sir Vince Cable MP, the Leader of the Liberal democrats, agreed that “almost the whole of the political debate at the moment around the costs of Brexit and no deal scenarios is conducted in terms of the impact on manufacturing supply chains.” He said that the creative industries, which are worth 6% of Gross Domestic Product, against 10% for manufacturing, “rarely get a look in in the public debate”. 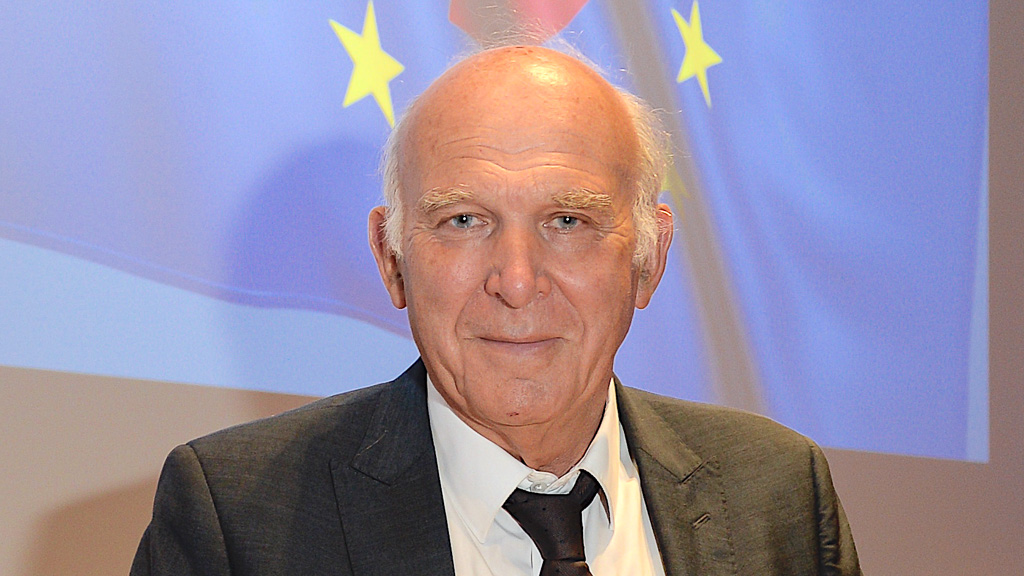 He began the discussion by identifying three issues affecting the creative industries.

Firstly, he acknowledged “a potentially serious country of origin problem”. This is the principle by which a broadcaster licensed in one member state is permitted to broadcast into other member states, which would currently not apply to broadcasters licensed in the United Kingdom if it were no longer part of the European Union. He said: “broadcasters broadcasting into multiple jurisdictions will have a serious problem of clearance unless something is done and there’s no evidence that it is being done.”

Thirdly, on the digital single market, although he said the Prime Minister had said she was determined that Britain should remain within it, he said it was difficult to see how this can be reconciled with the European rejection of having an à la carte cake and eating it approach. “So the onus rests on the Europeans as to whether they are willing to allow the British to opt into the Digital Single Market, even if we’ve rejected the single market as a whole.”

John Kampfner, the chief executive of the Creative Industries Federation, accepted that “the prospect of lorries stacking up on the M20 is a sexier subject than services that you can’t see”. He pointed out that the creative industries now contribute more into the British economy than oil and gas, life sciences, automotive and aviation put together. Future growth, he observed is coming from creativity and technology. “There isn’t actually much else that this country does that is growing as fast as this sector that’s been growing the fastest for ten years”. 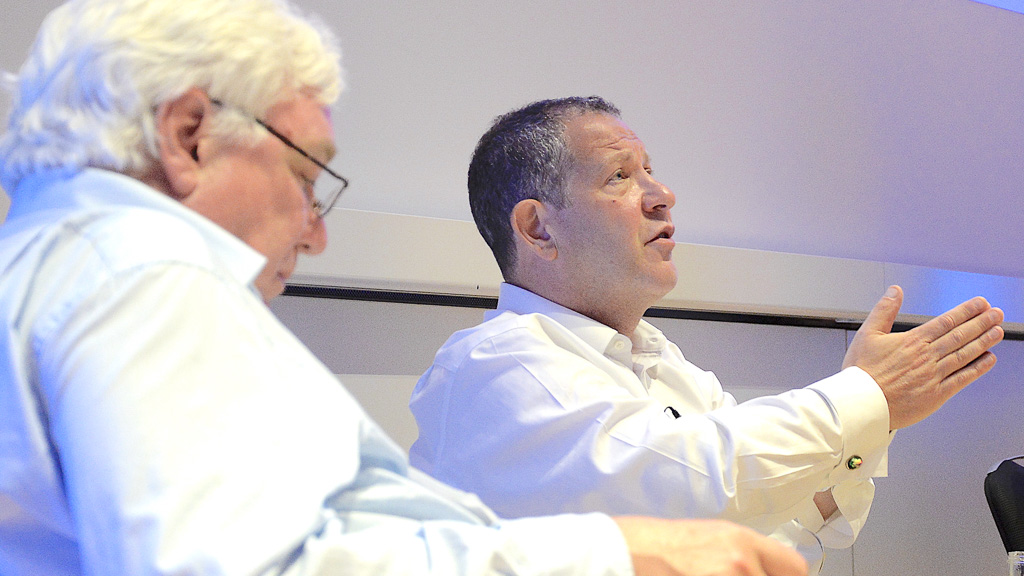 Asked by David Docherty, chair of the Digital Television Group, about the probability of crashing out of Europe without a deal, Sir Vince, who has a PhD in economics and used to do risk analysis in business, put that possibility at 20%, which he still described as “too big for comfort”. He said there was an equal chance of actually stopping Brexit, which although a minority view in political circles was reflected in growing public mood. He put the most likely outcome, at 60% probability, as “what we technically call a hard Brexit but not a complete collapse.” That is to say some kind of a deal and a transitional period, “in other words it’s a weaker arrangement than we have at the moment but not completely disastrous.”

Adam Minns, who heads COBA, the Commercial Broadcasters Association, agreed that the Liberal Democrats had done a lot to bring the country of origin issue to Parliament’s attention and it was now on the political agenda. However, he warned: “I’m not sure that people really get the urgency of this. No-one’s going to wait until March 2019 before deciding whether they are going to relocate.” He said: “These plans are going to happen, they’ve already started to happen to be honest and they’re going to carry on happening through to the Autumn.” He called for “some sort of clarity on the transition agreement” so that “people can wait and see what happens with the trade discussions before making a move.”

Sir Vince appeared pessimistic that there would be an immediate clarity. “It seems to me unlikely that this is going to be resolved in the autumn when the divorce settlement is made,” he said. “Its one of the cans that will be kicked down the road.” He said it would probably be resolved but “it will be the end of the transitional period before it’s sorted.” His concern was that, as in other sectors, businesses would need to make preparations before then and “quite a lot of companies are just going to give up in the absence of clarity.” Meanwhile, the Europeans “have no interest in accelerating this process, because when Britain has actually left we then have no bargaining power left at all.” So he concluded rather dolefully, “In terms of timing, the simple truth is that you’re not going to get any quick answers.”

John Kampfner of the Creative Industries Federation returned to the problem of attracting talent. “We are in danger of discouraging the coolest, most creative people, from Europe, and beyond, from working here through the withdrawal from the single market.” He said this was also a question of perception or atmosphere. “It is one thing to permit people to work in this country. It is quite another to welcome people to this country.” 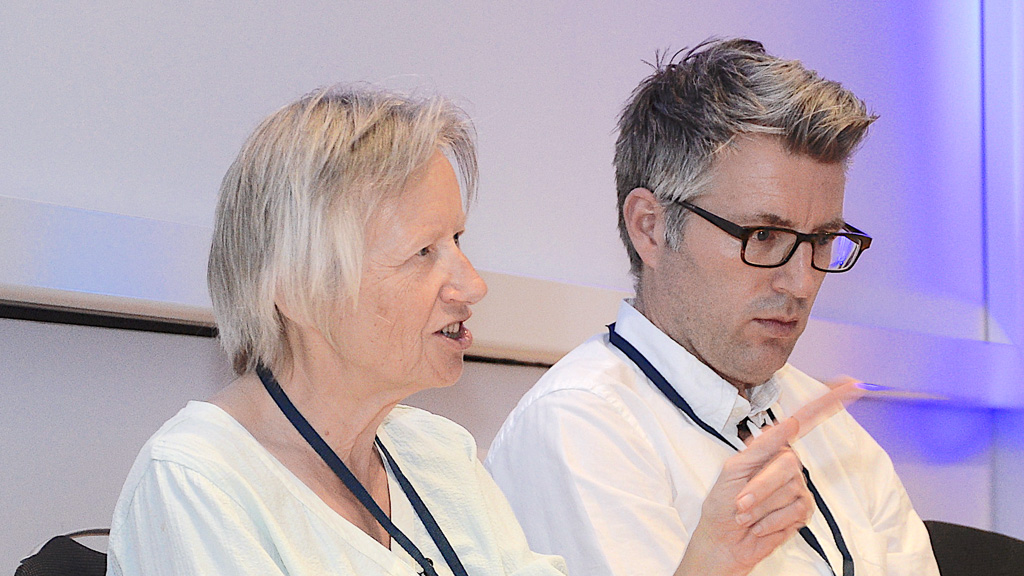 Jill Rutter, from the independent Institute for Government, which recently published a report Preparing Brexit on the state of Whitehall readiness, observed: “We seem to think that the only debate that we have to settle is ‘what does the cabinet want?’ as though what the cabinet wants then translates into what happens, if only we could agree that, rather than giving us the starting point for a negotiation”. She suggested that it could be November or December before there was any certainty of about transition arrangements and that the European Union would not even start to talk about the nature of the future relationship until after the United Kingdom has left. In the meantime the concern is businesses “switching off and quietly deciding to activate their ‘Plan B’s’ without bothering to tell the government.”

Adam Minns, representing commercial broadcasters, said “80% is not a great level of certainty if you’ve got people with hundreds of jobs to manage and to allocate millions of pounds of resources.” He said: “80% is probably not going to be enough for a lot of companies,” which would need “six to nine months if they are going to restructure and get licences in another country”. It is not just question of applying for a licence but it is about moving staff, technology and re-complying a channel to meet the regulations of that country. “So there’s a real clock ticking.” He suggested that it was not just a question of how many of the 600 or so channels might move. “It’s about the UK’s position in ten years’ time, because if you lose country of origin, the UK loses its leadership position as a world class international broadcasting centre,” he warned. “That’s what’s at stake.”

Paul Hardy, the Brexit Director of international law firm DLA Piper, agreed with Adam on his assessment of how serious the impact is on the creative sector, although he was not as confident as Vince Cable in an 80% probability of a transition deal. “Personally I would put it lower than that,” he said, adding: “You should accelerate your contingency plans”. He observed that the European Union (Withdrawal) Act puts 29 March 2019 in statute law as an end date for the United Kingdom’s membership of the European Union, which is all that some of those in favour of Brexit want. He suggested that was a stepping-stone to a “no deal Brexit”. 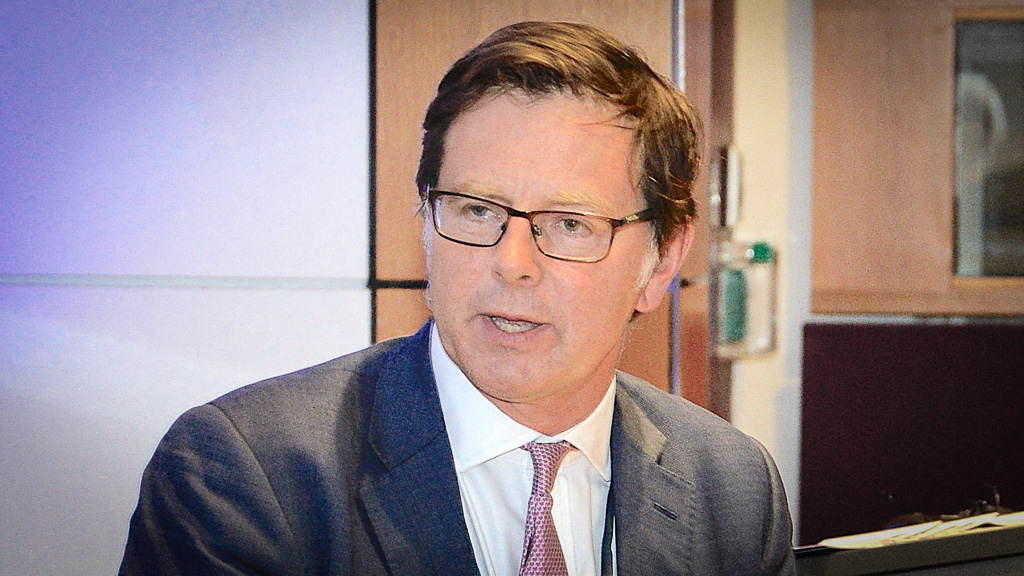 The lawyer cautioned that it is one thing to for a sector to be mentioned in a speech and say government is listening to us, “but you have to focus on another commercial reality and I have no doubt in my mind that the EU will not cut the UK a deal on any element of the single market and that will include country of origin.” He said that would be “giving us too much of the cake when we’ve decided to leave the party”. In terms of the regulatory implications, he said: “it seems to me fairly clear from the negotiations so far, we want to leave the single market and the EU is not going to give us any slice of it.”

Instead, he suggested, businesses and lobby groups should concentrate on the audiovisual chapter in any new trade deal, because that this new territory and an opportunity to negotiate preferential access. However, he warned: “my hunch is I don’t think there will be a country of origin principle in the new trade deal.”

In the event that the United Kingdom were to crash out of the European Union without a transitional arrangement, those broadcasting to Europe under a United Kingdom licence would no longer have the cover of country of origin and could attract criminal liability in some jurisdictions for broadcasting without a local licence.

“Businesses are quite right to be thinking about relocating” to a member state within the European Economic Area, he suggested, “so they are protected from a hard Brexit, but they are also protected from the doubt that surrounds a new EU trade deal, because nobody knows what kind of preferential access UK broadcasters are going to get.”

The Media Summits Brexit Strategy event was produced by informitv in association with Advanced Television.