Broadcasters based in Britain are preparing contingency plans for the prospective exit of the United Kingdom from the European Union. A Media Summits Brexit Strategy event in London will discuss the potential impact of Brexit on broadcast and media businesses. It seems that many unanswered questions remain.

Two years after the referendum in the United Kingdom on membership of the European Union and just over nine months until the deadline for leaving, the picture appears to be no clearer.

On the eve of a crucial European Council meeting at which European leaders will discuss Brexit, the Media Summits Brexit Strategy event in London will assess the potential impact of leaving the European Union for broadcast and media businesses.

Among the speakers will be Sir Vince Cable MP, the leader of the Liberal Democrats and former Secretary of State for Business, Innovation and Skills in the Cameron–Clegg coalition government.

The Liberal Democrats say that Britain is better off in the European Union, that the Conservative government is making a mess of Brexit, supported by the Labour leadership.

Whatever the pros and cons of Brexit, the clock is ticking for businesses and the implications for broadcasters and media companies remain uncertain.

The first Media Summits Brexit Briefing in November successfully set the agenda and raised the profile of the problems facing the media and creative sector. It attracted an audience that included senior executives from major broadcasters and service providers, partners at leading law firms, accountants and consultancies, industry advisers and analysts, and media covering the event. 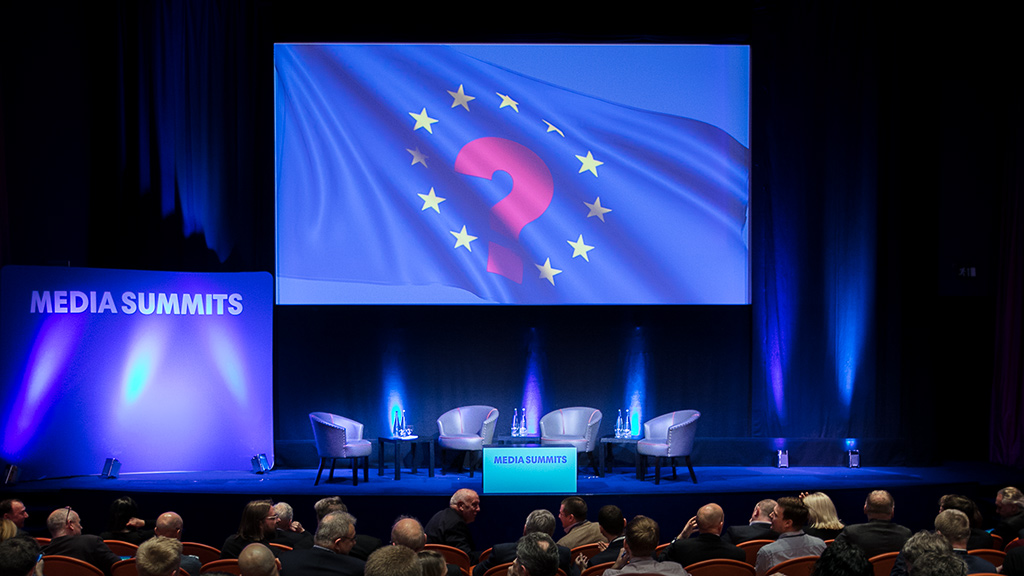 Speaking at that event, Ed Vaizey MP, a former conservative Minister for Culture and the Digital Economy, said he regarded Brexit as a key issue for the department of Digital, Culture, Media and Sport.

“If I was sitting in DCMS, this would be my number one priority,” he said, while acknowledging the need to be realistic, “knowing that is going to be wrapped up in a whole host of other issues.”

The Prime Minister, Theresa May, acknowledged in March that the international transmission of broadcast and media services would be a regulatory issue, saying “we recognise that we cannot have exactly the same arrangements with the EU as we do now.” However, that aspect of media coverage may not be the biggest problem she faces.

What are the implications of Brexit for international broadcasters based in Britain, delivering services to the rest of Europe?

The United Kingdom is home to more television channels than any other European Union country and over 760 channels licenced by the national communications regulator Ofcom broadcast to other countries.

Sharon White, the chief executive of Ofcom, told a cross-party Digital, Culture, Media and Sport Committee that this was the “biggest issue for our sector”. Asked whether broadcasters were preparing to relocate from the United Kingdom, she said: “I think it is clear that there are a number of companies who have contingency plans.”

Many international broadcasters, including Disney, Viacom and Turner use the United Kingdom licensing regime to broadcast across Europe.

Discovery is planning to move the playout of its non-live European channels out of London, although the company says this is part of a long-term technology strategy and has nothing to do with Brexit.

What does Brexit mean for the workforce in the creative sector, the freedom of movement for talent, or practical production logistics?

Like many industries, the broadcasting and media business relies on the movement of people and production equipment throughout Europe.

Although it may be argued that programme makers face these problems when operating in other parts of the world, the creative sector is particularly reliant on international freelance talent.

How will Brexit affect funding, finance, incentives and investment, or local production quotas?

There is a lack of clarity over what will qualify as European production and how this will affect funding and distribution. Uncertainty generally has a freezing effect on funding and finance.

Some companies are already saying that they are finding it difficult to attract talent and investment, particularly in the media and technology sector, where other European cities offer strong competition.

What will Brexit mean for the portability of content for consumers, with Britain outside the European Union Digital Single Market?

The European Commission has been promoting a single market for digital services, like online video. This currently includes the United Kingdom but it is unclear whether that will continue to apply.

Many media companies, which have traditionally licensed services territory by territory, may prefer to continue operating that way.

The reality is that media is increasingly a global business, even if it has to act local.

Services like Sky and Virgin Media are part of pan-European operations that are subject to the demands of multinational businesses.

While Brexit remains in the headlines for the British media, the practical consequences for their own operations are as relevant as for other industries.

The Brexit Strategy summit will provide an opportunity for media executives and advisors to discuss the issues, ask key questions, and hear the latest industry thinking.

The Brexit Strategy summit and networking event, in association with informitv and Advanced Television, takes place in London on Wednesday 27 June. Further information is available on the Media Summits web site.