The BBC appears to have escaped with comparatively little change as a result of the government white paper anticipating the renewal of its Royal Charter. There is still some concern about the government appointing seats on its board, but the members of the BBC Trust and the governors before them were also official appointments. The financing of the BBC seems to be secured for the next decade but the biggest issues facing the corporation are still unsettled.

After a lot of huffing and puffing on all sides, John Whittingdale, the Secretary of State for Culture, Media and Sport, appears to have been persuaded to leave the BBC mainly alone. The government white paper, entitled A BBC for the future: a broadcaster of distinction, proposes a number of changes but seems largely positive for the BBC.

He said: “These reforms will embolden the BBC to take risks, to create confidently and unashamedly the highest quality, distinctive content for all audiences. It will provide the foundations for a stronger, more independent, more distinctive BBC that will inform, educate and entertain for many years to come.” 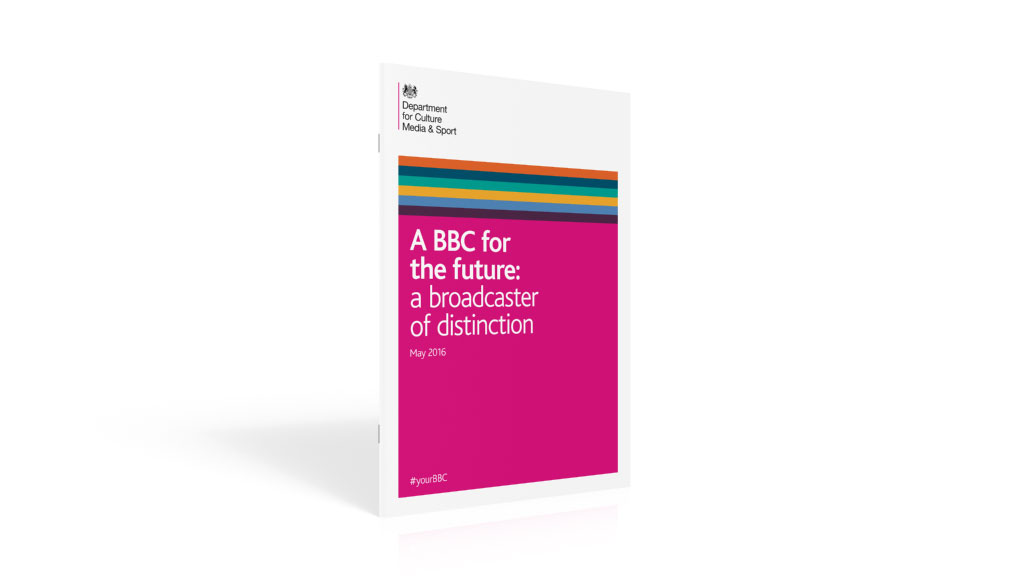 Tony Hall, the director general of the BBC, broadly welcomed the white paper but expressed concern about how the new board is appointed. “We have an honest disagreement with the government on this,” he said. “I do not believe that the appointments proposals for the new unitary board are yet right. We will continue to make the case to government. It is vital for the future of the BBC that its independence is fully preserved.”

The Charter will be renewed for 11 years rather than 10, so that it does not clash with the cycle of general elections, with provision for a review in that period. The requirement for impartiality will be written into a revised mission: “To act in the public interest, serving all audiences with impartial, high-quality and distinctive media content and services that inform, educate and entertain.” It is not exactly catchy but is difficult to argue against. However, the requirement to be impartial is rather different from the existing guarantee of independence.

The television licence fee, which has been frozen at £145,50 since 2010, will be increased in line with inflation for five years, with a new process for setting the licence fee. It will still be a criminal offence to watch any television broadcast without a licence. People will also need to be covered by a television licence to ‘catch up’ on programmes through the BBC iPlayer, although it is up to the BBC how to implement this. They also have the scope to charge people outside the United Kingdom to watch programmes.

BBC executives are no doubt congratulating themselves on the outcome but it leaves open the long-term question of how the BBC should best be funded. While there is widespread support for the BBC, there is still substantial opposition to the television licence fee as the funding mechanism, which seems increasingly anachronistic and will appear even more so in a decade. The opportunity to address this has been postponed for the foreseeable future.

Meanwhile, the BBC is apparently charged with providing media content and services, not necessarily limited to broadcasting or related online activities. The remit remains rather vague, essentially supporting anything that informs, educates or entertains. In many ways that is a good thing, but lacks a clear sense of purpose. This will no doubt be expressed in any revision of the public purposes in the Charter, where there is the potential to define the essence of the institution and its raison d’être beyond the current bland policy commitments.

So there is still much to scrutinise in the drafting of the detail, but with its immediate future secured, the BBC now needs to focus on exactly what it should be doing.

A BBC for the future: a broadcaster of distinction is published by the Department of Culture, Media and Sport and is available through the government web site.