An independent evaluation by informitv has assessed the performance of PERSEUS digital video compression from V-Nova. The results, published for the first time at the NAB Show in Las Vegas, indicate that PERSEUS is visually lossless for professional production applications, even when compressing video at a ratio of 40:1. That makes production at higher resolutions a practical proposition, offering higher fidelity at lower data rates.

The tests were performed on the V-Nova P.Link 4K real-time contribution encoder and decoder. The output was evaluated using a Video Clarity ClearView analyser and a Sony 4K professional monitor.

The results of close visual inspection of the output were confirmed with mathematical metrics to measure signal distortion and image similarity. 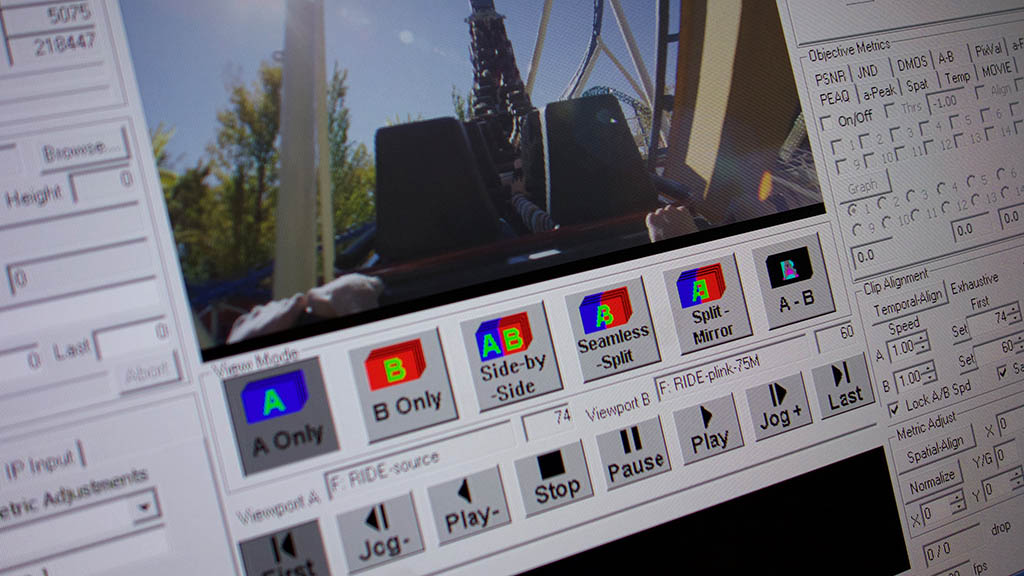 The evaluation demonstrates that PERSEUS compression is visually lossless for 1080p50 video at 150 Mbps and for 2160p50 video at 200 Mbps. Although the ultra-high-definition source was four times larger than high-definition, it required less than twice the data rate when compressed. The tests also indicate that High Dynamic Range images can deliver higher fidelity output without any compression overhead.

Furthermore, 8K UHD-2 format images of 7680×4320 pixels at 48 bits per pixel were visually lossless at 40:1 compression, which is equivalent to the data rate of uncompressed high-definition video.

“We’re delighted that the independent evaluation by informitv showed that V-Nova PERSEUS is visually lossless for 4K contribution at these low bitrates,” said Guido Meardi, the co-founder and chief executive of V-Nova. “This confirms for potential users that our technology is ready today to provide a step-change in video compression efficiency as well being future-proofed, through intrinsic support for HDR and 8K.”

The informitv paper on “Hierarchical Video Encoding For Multiple Resolution Output” is published in the proceedings of the NAB Show Broadcast Engineering Conference. White papers documenting the results of the qualitative and quantitative evaluations independently designed and conducted by informitv are available from the V-Nova web site.