Digital UK has outlined the technical specification for the next generation Freeview connected television service, combining broadcast and on-demand programming. It will be based on the HbbTV hybrid broadcast and broadband standard and use a centralised metadata system for programme information. Although promoted as central to a “long term vision” for an open hybrid digital terrestrial television platform, it lacks a coherent view of how video distribution and consumption may evolve in the future.

The announcement comes over six years since the BBC first promoted the idea of an open platform for internet protocol television services, then codenamed Project Canvas. That was subsumed into YouView, which was promoted as the successor to Freeview but effectively became a proprietary platform for BT and TalkTalk.

Freeview meanwhile evolved slowly to accommodate high-definition and broadband connections and the next generation is now being planned under the auspices of Digital UK, which leads the development of strategy for digital terrestrial television in the United Kingdom. 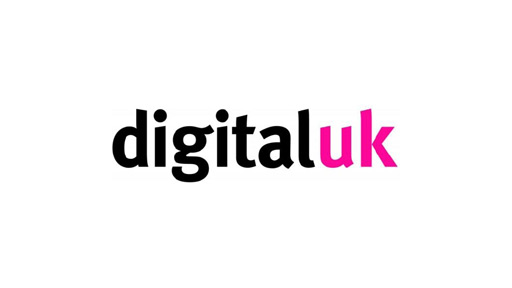 Digital UK is jointly owned by the BBC, ITV, Channel 4 and Arqiva, which are also shareholders in Freeview and YouView. Following a competitive selection process, it has awarded Arqiva the contract to provide the metadata system to aggregate and deliver programme information over both broadcast and broadband networks.

The technical specification for the platform has been announced and DTG Testing and Digital TV Labs have contracts to develop materials for compliance testing.

The specification is based on open standards including HbbTV 2.0, which includes support for HTML5. The broadcast profile is based on the DTG D‑Book 7, which also includes MHEG‑5, moving to a second phase based on D‑Book 8. The broadband profile is based on DVB‑DASH, plus Smooth Streaming as promoted by Microsoft and HTTP Live Streaming as advocated by Apple, with the intention to move to only DASH streams in a second phase. Initially only Microsoft PlayReady digital rights management will be supported. The DIAL discovery and launch protocol will be used to allow interfacing to companion screens.

While tracking the HbbTV 2.0 specification remains a moving target, as it has yet to be finalised, the proposed platform specification appears to be generally conservative, designed to facilitate products to reach the market rapidly.

It marks a formal move for the United Kingdom to be compatible with HbbTV, which has already been incorporated in the DTG D-Book, and is used in part in Freesat freetime.

HbbTV is the closest that Europe has ever come to embracing a single standard for interactive television, at least for the free-to-air market. It means that manufacturers have the opportunity to develop products that can potentially work across Europe and beyond, although differences between territories may still require regional variants.

What is missing is the articulation of a clear long-term vision.

There is continuing support for MHEG‑5, an open standard for multimedia hypertext developed in the mid-nineties independent of the emergence of the rapidly dominant world-wide web. HbbTV 2.0 will support HTML5, so how much longer is it necessary to maintain compatibility with a legacy standard that has been obsolescent since it was first deployed in the late nineties?

The specification incorporates the more efficient DVB T2 standard by virtue of the existing D-Book standard, and support for the more efficient HEVC compression scheme for programming delivered online through HbbTV, but does not appear to mandate support for a combination of DVB T2 and HEVC for future terrestrial transmissions.

There is scope for dynamic advertising insertion into on demand programming, but no general provision for advanced advertising features and no mention of metrics or measurement systems as core features.

There is support for companion screens through the DIAL protocol, which allows second screen devices like phones and tablets to discover and launch apps on a television screen. However, there is no intrinsic support for multiscreen services, for instance allowing viewing to be paused on a television and resumed on another device. This is already a feature of some services, including EE TV, a competitive service previously announced by Everything Everywhere, a joint venture between Deutsche Telekom and Orange in the United Kingdom.

Only Microsoft PlayReady digital rights management will be supported initially, but not others such as Marlin, although there is scope for alternatives in a subsequent profile.

The specification includes a range of streaming standards, with an intention to move to DVB‑DASH, but there is no clear indication of when this will be supported exclusively. There is no reference to support for the reception of IP-Multicast channels over a broadband network. There is therefore no migration path to a world in which channels can be more economically delivered over a combination of broadcast and broadband networks.

Television in the United Kingdom is highly dependent on digital terrestrial transmissions from tall towers and that is the platform that Freeview is intended to promote. However, a more progressive vision would also support the delivery of channels over internet protocols. That would enable distribution over heterogeneous networks, both fixed and wireless, from tower and satellites, including in-home networks.

Consequently, there is no clear way for a receiver to aggregate some channels over the air, some from satellite, and some over a broadband network. There is also no way to receive terrestrial or satellite signals from a remote receiver or gateway device and deliver them to a terminal device or display over a data connection.

The proposed new Freeview specification is separate to that for Freesat, although they share many similar elements. One might have hoped it would be possible to harmonise the standards for terrestrial and satellite delivery in a common platform, or at least see that as a desirable objective.

So the United Kingdom continues to have YouView, Freeview and Freesat as separate platforms, competing for the hybrid free-to-air market, each with a different emphasis.

As it is, the Freeview vision is limited to television signals received through a UHF antenna and connected through a coaxial cable to a receiver. It is a model that has served the country well since the beginning of television broadcasting. It will no doubt continue for a decade or more, but a road map is required for the future.

It should be for organisations like Digital UK, led by its broadcaster shareholders such as the BBC and ITV, to set a long-term view of the future of television. This has so far been sadly lacking among the various interested parties. The proposed Freeview connected television platform may be fit for purpose in 2015, but what is needed is a vision for 2020 and beyond.