By the end of 2014 up to 50 million homes around the world will have two or more pay-television subscriptions, with the additional services generating about $5 billion in revenues. A further 10 million homes will receive premium programming as part of their subscription to another service, such as broadband. That is one the predictions from Deloitte in its latest annual look at the technology, media and telecommunications market.

As Deloitte observes, this trend is counter to historical expectations of ‘cord cutting’ that have failed to materialize, with the base of pay-television subscribers remaining constant or even rising in many counties.

It seems that customers are continuing to subscribe to satellite, cable and telco television services and in some cases supplementing them with online subscription video services.

These additional services are typically available for less than $10 a month, so while households may have multiple video providers the additional subscriptions are at far lower cost.

Paul Lee, head of research at Deloitte TMT and co-author of the report, said: “What we expect to happen is about 50 million homes will not just have one pay-television subscription but have two, three or even four, because they are bundling together their platform based subscription with an additional OTT or video on demand service which will normally sell for $10 or less.” 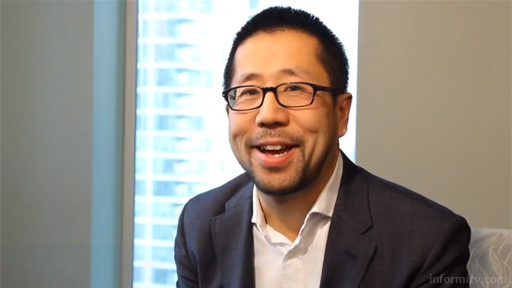 Households may be substituting spend that would have otherwise gone on renting or buying discs. In some markets the decline in DVD box set revenues closely matches the emerging rising spend on subscription video services.

The figure of 50 million seems reasonable and not particularly surprising, given that Netflix alone already has nearly 40 million paid subscribers globally.

The report anticipates a broader range of companies will commission programming in the future, including technology companies and retailers, or any organisation hoping to differentiate its offering through exclusive media.

Deloitte also predicts that the value of premium sports broadcasting rights will increase to over $24 billion worldwide in 2014, a 14% increase on 2013. It suggests television and sport are an ideal match, providing live unscripted drama that can be portrayed in ever more compelling ways through new technology. The report suggests that rights fees for live coverage of premium properties will continue to grow.

Deloitte forecasts that global sales of smartphones, tablets, personal computers, video game consoles and television sets will exceed $750 billion in 2014, up $50 billion from 2013 and almost double the 2007 total. It suggests that growth will plateau in subsequent years, with a decline in the market for personal computers and television sets. Smartphones and tablets are likely to see continuing growth.

Sales of television sets are forecast to be worth $105 billion in 2014, while tablets are expected to reach 285 million units and surpass $100 billion in sales.

The report estimates that the shipments of ‘phablets’ or smartphones with screens of between 5 and 7 inches, will reach 300 million units, double the number in 2013, and be worth around $125 billion.

As Deloitte notes, the rise in sales of tablets and smartphones with larger screens is likely to see an increase in usage on online video on such devices, while increased resolution will place further demands on network capacity.

Technology, Media and Telecommunications Predictions 2014 is available for download from the Deloitte web site.