As Microsoft and Sony go head to head launching their next-generation games consoles in time for the holiday season, the question is whether they could represent the future of home entertainment. They certainly set high expectations of immersive media experiences. Yet phones and tablets represent the real volume market.

The Microsoft Xbox One and the Sony PS4 are incredibly capable boxes, compared to the very average products provided by most pay-television providers. Then again, they should be, given their price, even though their manufacturers aim to break even at best on the cost of the hardware and make margins on the software.

They are also significant upgrades from their very capable, highly successful but now outmoded predecessors.

Around 80 million people around the world have an Xbox 360 and a similar number have a PlayStation 3. They represent important platforms for over the top video services like Netflix. As with their predecessors, the next generation of black boxes aim to become home entertainment hubs.

Xbox One
Microsoft describes the Xbox One as the “ultimate all-in-one entertainment system built for the 21st century living room”.

The Microsoft box includes a feature that was pioneered by Google TV, perhaps the most notable innovation of its initial dismal attempt to get connected with television. HDMI pass-through allows users to connect the output of a television set-top box and pass it through the console, enabling television to be watched through the device without switching inputs. This feature alone could determine its success in fully integrating and playing nicely with the rest of the television set. 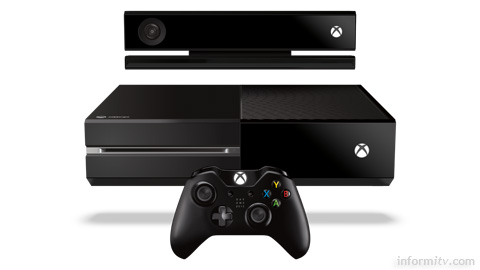 The Xbox One will retail for £429 and comes bundled with voice, vision and motion recognition technology, so it can supposedly recognise users when they enter the room, even in the dark, respond to gestures and allow voice control to wake up the box, turn on the television and launch applications. With SmartGlass technology, it works with existing Windows, Android and iOS phones and tablets. It is an entertainment hub as much as a games console.

Sony PlayStation 4
The Sony box may have the edge in graphics performance. It is physically much smaller and less expensive at £349. The PlayStation 4 Eye stereoscopic motion tracking system is sold separately. Sony has the advantage that some games can also be played on the screen of handheld PlayStation Vita, if the television is in use. There is also a PlayStation App that allows iOS and Android phones and tablets to be used as second screens. 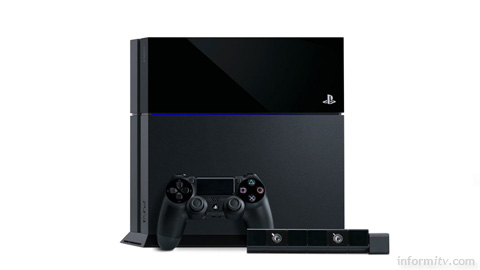 Both consoles incorporate Blu-Ray disc players and wish to become a central feature of the living room. Both offer online membership networks and shared experiences, including the facility to share video of gameplay with others. Both offer access to a range of online video services.

According to developers, both systems are equally powerful. They are essentially very high specification graphics workstations, which makes them something of a bargain in comparison to the average personal computer. They both come with similar eight core x86 architecture processors and have eight gigabytes of memory, with powerful graphics systems capable of almost cinematic quality rendering.

Put that in your set-top box and see the difference. Once again, this new generation of consoles will set the bar for expectations of graphics and user interfaces. They will make the clunky remote controls of many television devices and services seem even more limited. They are already influencing the next generation of user interfaces. This is not your dad’s television. It will be a whole new experience.

All this power comes at a price, in cash and power consumption. It could be ridiculous overkill for the generally sedate experience of watching television. Games consoles set ambitious expectations for user experiences, but they are not for everyone.

The poor people that have been designing your television experience to date, even within Sony, have been working to a completely different set of requirements, to produce relatively low cost, energy efficient, reliable and easy to use products for the mass market.

IHS predicts that Microsoft will shift 38 million Xbox One consoles over the next five years, while Sony will ship 49 million PlayStation 4 consoles.

These handheld devices have created a new market for casual games and are increasingly delivering high quality video experiences.

While games consoles will sell in the tens of millions and televisions and tablets in the hundreds of millions, it is smartphones that are literally selling billions of units.

So perhaps it will be the handheld screen, rather than the games console, that will redefine the television and video experience for the mass market.